On our last day in Egypt, we woke up on the train and got our stuff together. I actually slept surprisingly well (it’s amazing what a little sleeping pill can do, right!) I was just starting to think “maybe I was scared of this train for nothing…” and then I saw a huge cockroach in our room. Needless to say, I spent the last hour standing in the hallway with my bag zipped up waiting to jump off as soon as humanly possible. Ew.

ANNNNYWAYS… we dropped our bags off at the Victoria Hotel and headed out by bus to explore a little more of Cairo.

By the way, we could see (and hear) roosters from our hotel window… See them up there on the right? 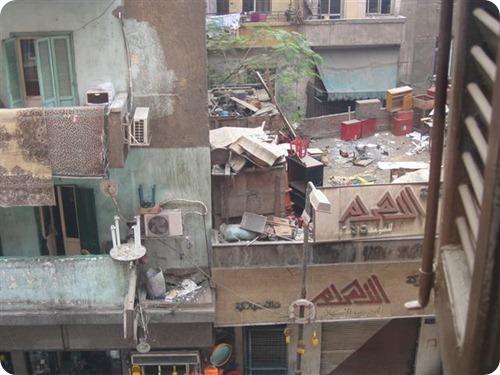 The city is busy, congested and dirty, but also a little bit charming.

We headed to the Citadel which is a Persian style mosque high on a hill.

We know it has Persian influence because of the star and crescent on the top.

Our tour guide took us inside the mosque and taught us the proper etiquette for entering. First, you must take off your shoes, and women must cover their shoulders and knees. 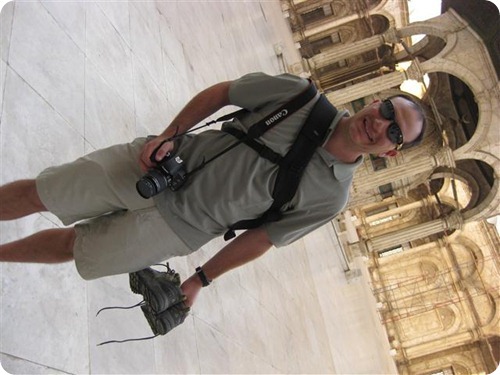 The courtyard was really beautiful with nice marble floors.

Then Sherif taught us how to wash your hands, feet and mouth before going inside. (We didn’t really have to do this, but it was neat to see how the locals would do it.)

Inside it was really pretty. The floor is carpeted because they pray on the floor. 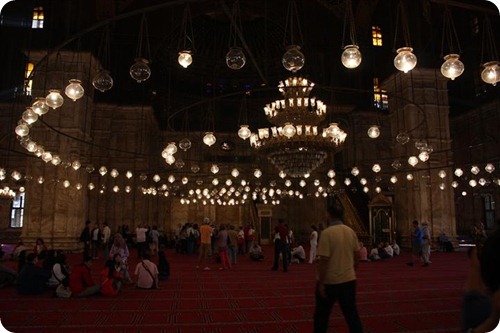 What a cool experience to see how other cultures practice their religion.

Inside the mosque was also the tomb of Mohammed Ali. 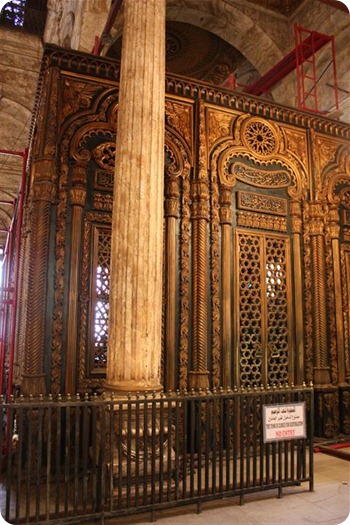 From the outside of the Mosque, we got some really nice views of Cairo.

Then we headed out towards the desert to see the Step Pyramid in Saqqara. It was built in 2700 BC. They didn’t know how to build the sides slanted like a triangle, but they had the structure down pretty good. They used stone to build six layers. 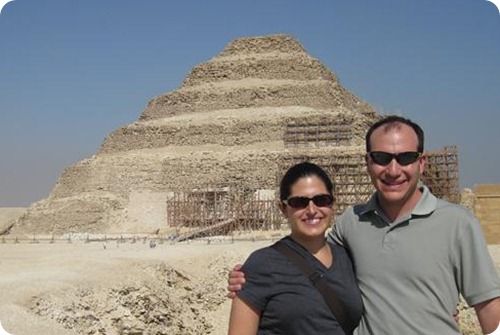 Surrounding the walls was a row of cobras who were thought to protect it.

All around us were tombs, little pyramids and other excavated sites. 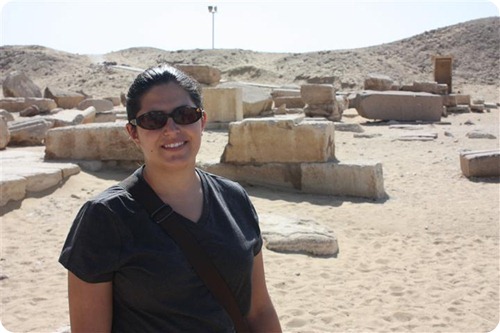 This was thought to be the first ‘room’ in ancient history. It had walls, columns and a roof. 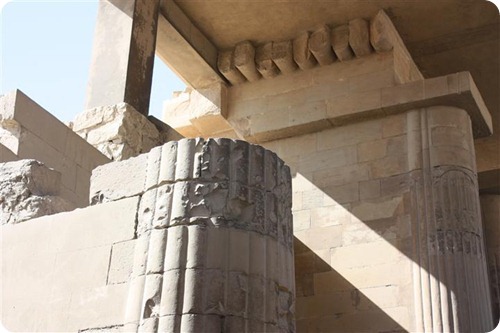 Then we had our last group lunch together. Per usual, I stuck with rice, fries, bread and a little veggies (cooked). You might laugh, but I was one of the few that didn’t get sick at all on this trip!

After lunch, we went to the Khan Al-Khalili market (which is the largest market in Cairo). It has been around since 1382AD. 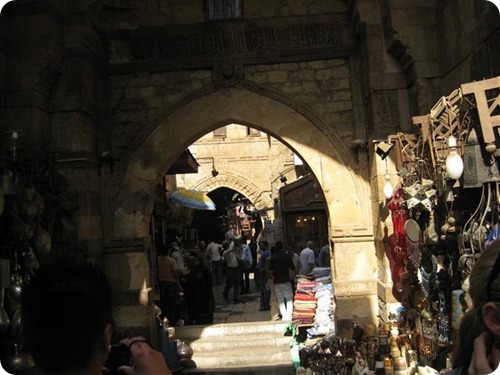 It was a maze of vendors and souvenirs. Some of it was overwhelming, but it was a fun experience. 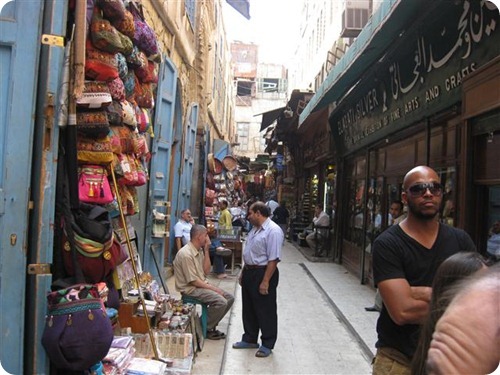 On our way back to the hotel, we saw one of the busiest markets for the locals. This is just a typical Saturday for them. Can you imagine?

Driving in Cairo is just crazy. There are no traffic lights, no lanes and no rules!

After cleaning up at the Hotel, we headed out towards the Pyramids for the ‘Light and Sound’ show. Once the sun goes down, people gather in seats to see the pyramids light up at night. 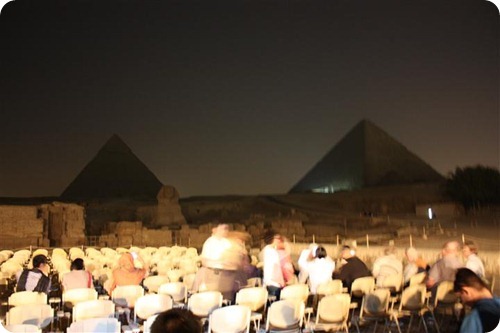 It started off pretty neat, it was awesome to see them light up against the starry sky. 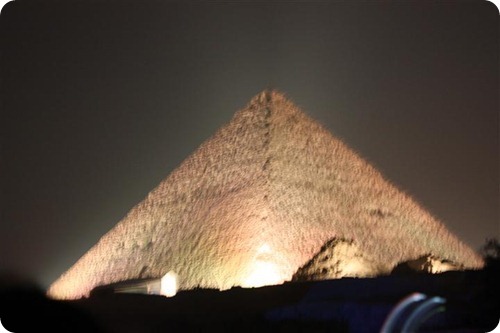 Definitely a little hokey, but I’d still recommend it. It’s worth it to sit and gaze at the pyramids in the desert at night.

The next morning, we packed up our bags, said good bye to our new friends, and headed off to the airport.

By the way, the Cairo airport is the most disorganized thing I’ve ever seen in my life. We went through security four times. It was insane. But at least they had free wifi! (go figure!)

We are SO glad we went on this trip. It was the adventure of a lifetime.

And with that, I leave you with this. It was a store that sells placards… why on earth would anyone need a sign that says ‘chicken’?

Thanks for following us on our journey to relive our trip. I hope you enjoyed the stories and pictures.

2 Responses to “Our last day in Egypt…”