Yesterday afternoon, after blogging, I went for a walk around Mammoth Village. There isn’t too much there, but it’s really cute. I love ski villages.

Then I took the bus up to the base lodge to see Irving for the last few runs of the day. What a PERFECT day for skiing. I was a little jealous when I heard the mountain wasn’t crowded too.

Irving is easy to spot with his big yellow jacket. here he comes! 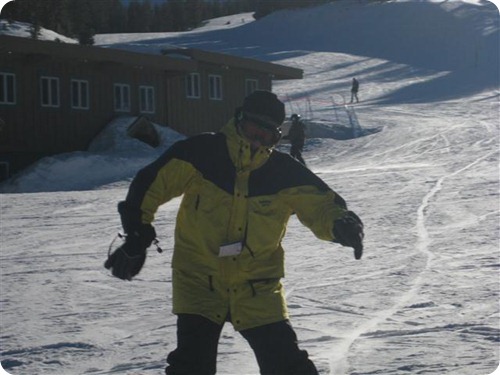 The mountain closes at 4pm and they had free hot chocolate for everyone at the bottom of the lifts. Even though I didn’t ski, I certainly enjoyed it! Then all 13 of us headed back down to the condo. We promptly put a couple of beers in the snow. YUM!

We went out to dinner in town and came back and went to bed. We were asleep by 8:30pm. HAHA

This morning, we checked out and found a great slope for sledding!

I was talking to someone and I turned back around, and there was irving at the top of the mountain already sitting on his sled.

It was a wee bit icy for me, so I was the dedicated ‘Kid Stopper’. I was in charge of making sure none of the six kids went over the edge and into the street. Very important task.

We thought this cloud looked like a heart! Perfect for a Valentine’s day weekend!

After we tuckered out the kids adults, we started our trip back towards Los Angeles. The drive was gorgeous. 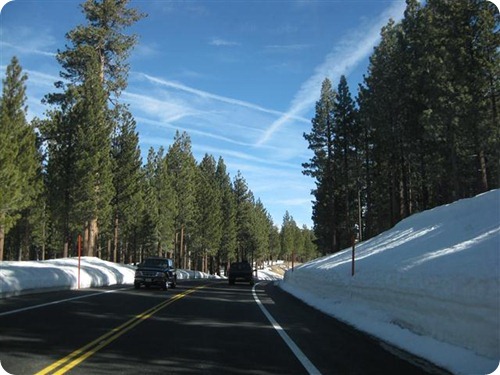 An hour later, we found ourselves at ‘Erick Schat’s Bakery’ in Bishop.

Apparently it’s this really famous bakery that has a very good reputation. The lines were crazy long and the place was packed!

I was amused by all the rules they had. Everywhere you turned, there was another sign posted with another rule. One of them was ‘no photos inside’, so you’ll just have to trust me that this place is worth stopping at. We tried the cheese rolls. And then I went back in for some coconut gelato. 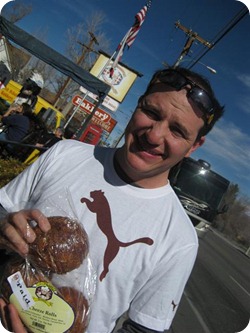 An hour later, our caravan of cars stopped at Manzanar. This was a War Relocation camp during World War II. 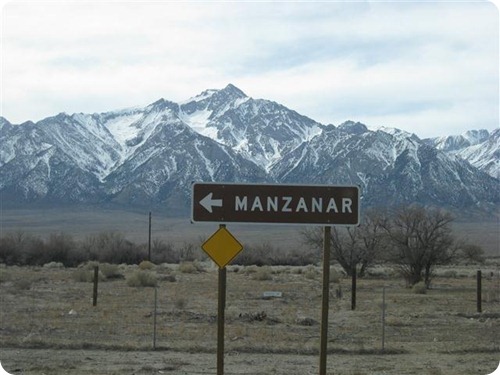 After Pearl Harbor, the government felt that Japanese Americans were a threat to our country and rounded them up and put them in these concentration camps around the county. Most of them were American citizens, but they didn’t care. It boiled down to racism. A very somber place in our history.

They have reconstructed some of the barracks so visitors can get a glimpse of what life was like inside the camp. 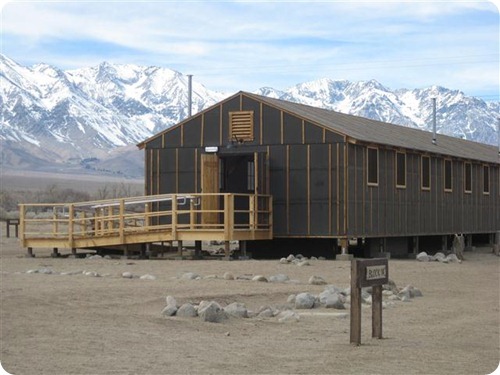 They have an auto route where you can drive the perimeter of the camp. At the back is a cemetary where a few people are still buried.

I have been to Dachau in Germany, and later this year, we will be visiting Auschwitz in Poland. It doesn’t matter where you are in the world, imprisonment of innocent humans based on prejudice is just wrong. We felt very grateful to have seen Manzanar and hear some of the stories of the people.

Then we drove another couple of hours and came across the Airplane Graveyard in the Mojave Desert. Apparently it’s a place where planes go to die. Decommissioned aircrafts are brought here where they taken apart and recycled.

Two hours after that, we stopped to do a little shopping. I am going to a fancy event tomorrow night for Valentine’s Day (you’ll just have to wait and see where!) and I desperately needed a new dress. Irving graciously agreed to come along. We found a Dillards off the highway and I spent an hour trying on about 25 dresses. I finally found a great one. Besides prom and bridesmaid dresses, it’s the most expensive dress I’ve ever bought. But it looked great, and I really felt good in it, so I splurged. I’m so grown up!

And because Irving was so patient, I agreed to go to Souplantation with him. I normally don’t like that place. It’s been about five years since I had been there. But it wasn’t that bad. I just made sure not to gorge myself and not fill up on carbs. I think it worked out pretty well.

And now, we have just 30 minutes left until we get home. What a great way to break up a 5 hour drive. Stopping every couple of hours worked out really well.

2 Responses to “The Eastern Sierras Tour!”