I was in Chicago for exactly 34 hours and it was amazing how much we fit in! It was a fabulous weekend filled with some of my favorite ladies in one of my favorite cities. I already can’t wait to go back.

Friday night, I left LAX at midnight or so. The terminal was a mess! Lots of construction going on, but they had funny signs to make up for it. Thankfully my Spirit Airlines flight was ok on the way there (the flight on the way back however was horrendous, but we’ll save that for another post).

I asked for an exit row and surprisingly I got one! I kind of felt bad since I’m only 5’1”, but I greatly appreciated the extra leg room since it was a red eye. It was only a 3.5 hour flight though, so I only got about two solid hours of sleep.

Soon enough, it was morning and I was in Chicago! I made my way via the “L” to my sister, Laurie’s apartment. It was supposed to be raining, but it actually turned out to be a gorgeous day!

I got a little lost walking to her place, so my mom walked over to rescue me!

Laurie had no idea I was there (my surprise worked!) With a few texts and phone calls, we were able to completely catch her off guard!

Surprise!!!!!!! She was so confused when she walked in. Her look was priceless.

But I think she was excited and happy! Hi Laurie! 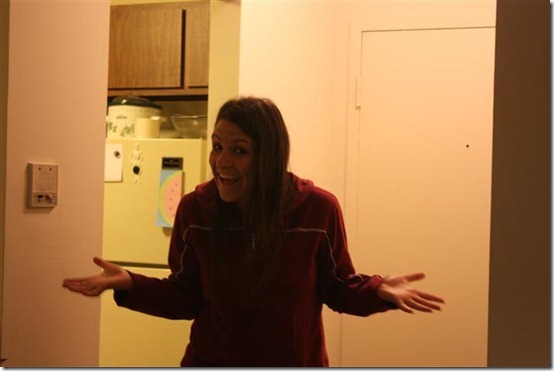 She’s currently in grad school at Rush University and she was really happy to show off her awesome campus!

I got to her place by 7:30am and from there we just kept going and going! We hopped back on the L and headed into the city.

I missed my sisters! I hadn’t seen both of them together since Christmas! 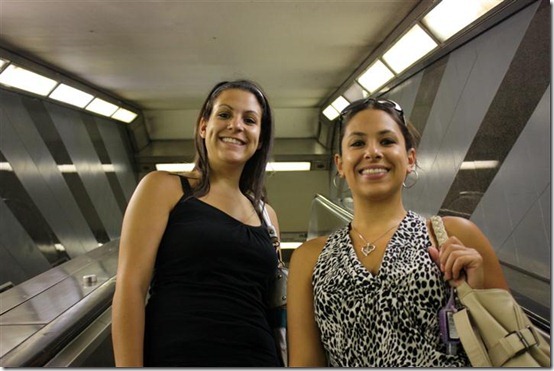 I love cities that are walkable and have public transportation. I kind of like the grit of city life. 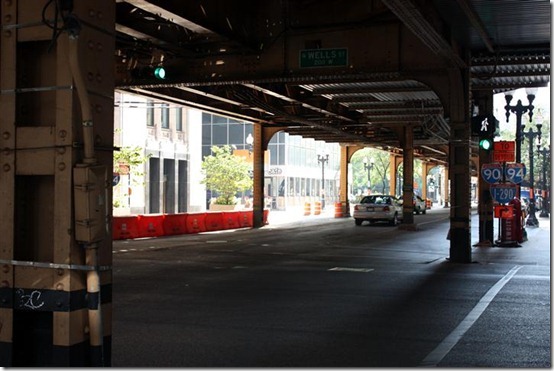 Of course, first stop was Dunkin Donuts!! I was moving on 2 hours of sleep, remember! But I opted for my usual iced tea. Delicious!

We had fun finding fun photoshoot locations. Strike a pose!

Uh…. I just don’t understand why agents in Milan aren’t calling me (Or Laurie) back! haha just kiddin. 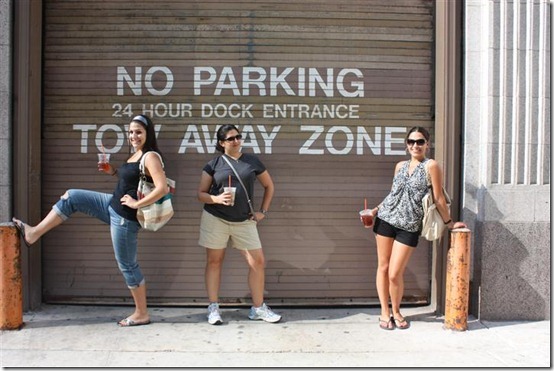 I LOVED this elevator! It was in The Wit Hotel (which looked amazing by the way!)

Hi mom! She was happy to have her girls together, I’m sure!

The views from the top were pretty great! We could see Millennium Park and the Bean (our next destination). 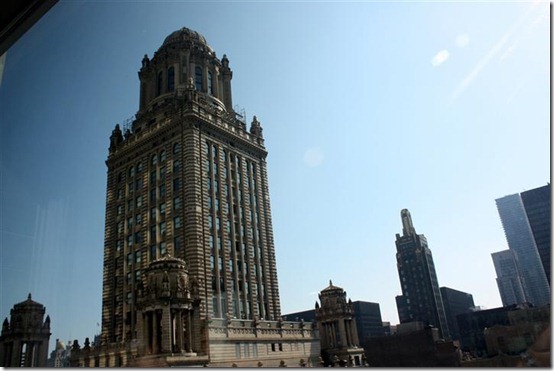 Tourists in the city! 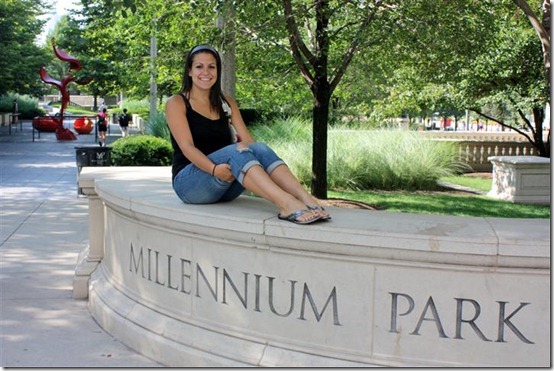 The Bean! It was rather dirty on the day we were there, but still pretty awesome. 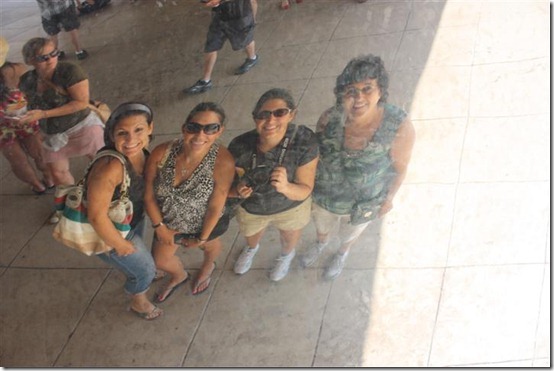 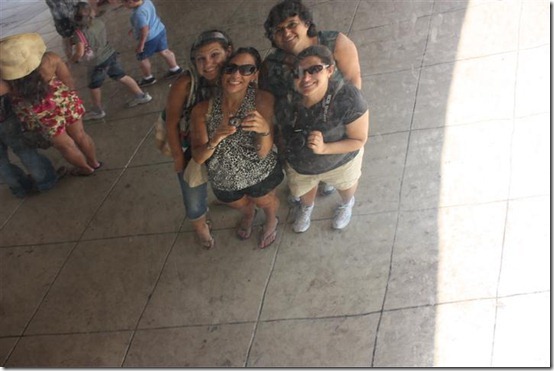 I brought Reese too!! She LOVES to travel!

Laurie brought Newton too! I think they really missed each other! 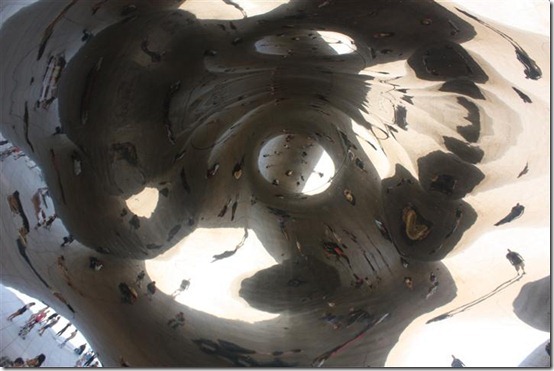 I love public artwork like this. It really classes up a city, it’s so neat! I really need to do more touring in Los Angeles because I’m sure there are lots of great displays here too! 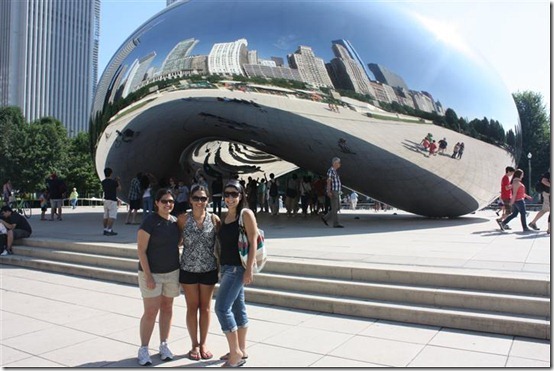 The original plan was to do yoga in the park, but we were too late for it. And it was already super hot by then anyways. Looked like fun though! Does anyone know if LA has free workout classes in parks anywhere? I should do some research.

Mom thought it was cool that Lalapalooza was here just the week before! 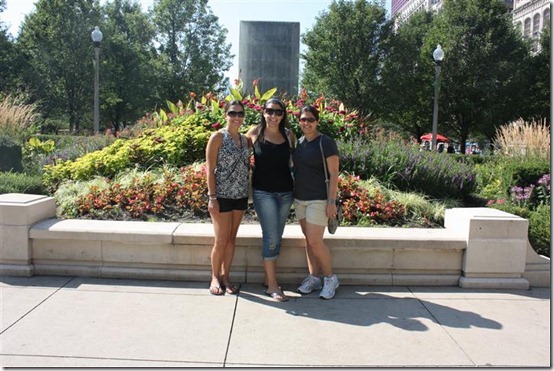 More public art. This one was a video monitor above a giant fountain.

We didn’t have time to go inside, but we walked past the Art Institute of Chicago.
PS, how amazing is this picture? **pats self on back**

BAHAHA. Laurie, did you see this? I could never live there because I LIVE on ketchup.

We got a little lost, but we eventually found the Buckingham Fountain. So cool! Looked like something from Europe! 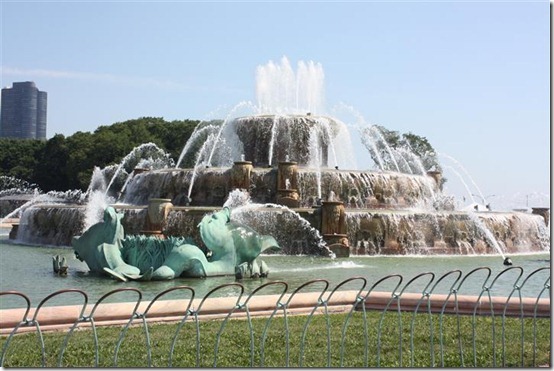 I love the skyline in the background!

Know what it was famous for? Skyline looked a little different then didn’t it? ha! 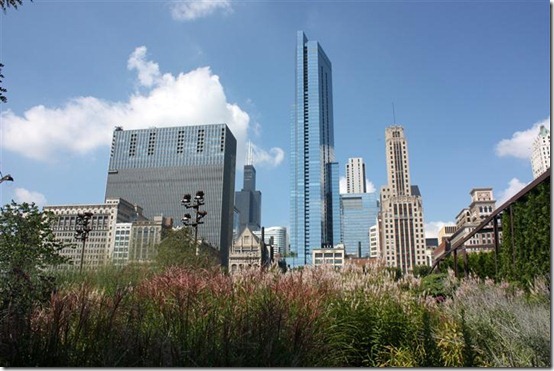 It was SO HOT! We were just dying out there. We needed some refreshment. stat.

The perfect liquid lunch. I always get the Peanut Butter Moo’d and I add blueberries. YUM!

And then the walk continued back down Michigan. 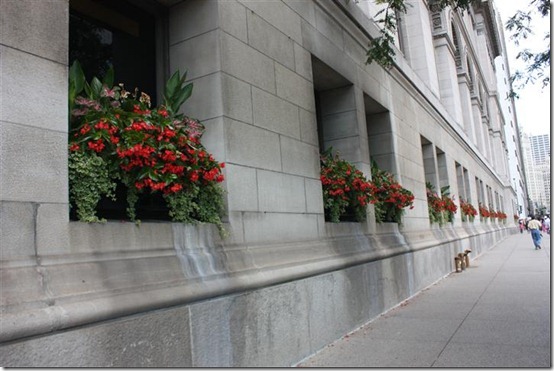 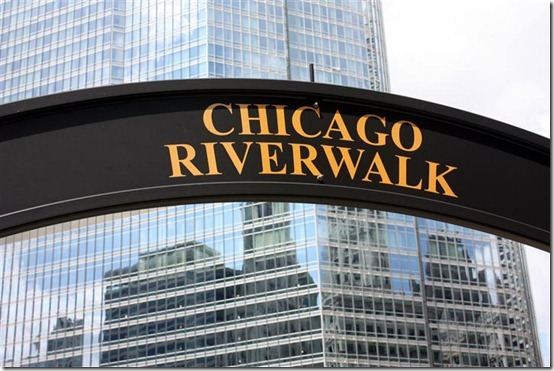 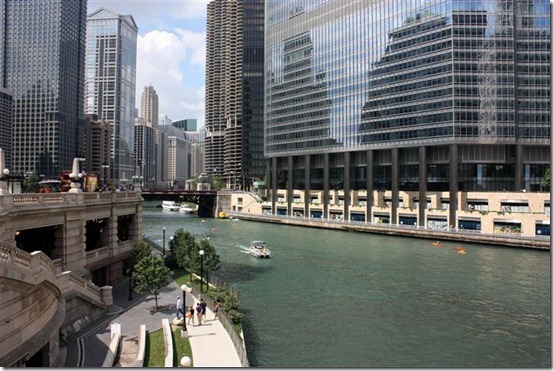 Mikaela’s one request was to see the Marilyn Monroe statue next to the Chicago Tribune building. It wasn’t too hard to find.

I heard it was quite controversial since tourists can walk right under her…. ahem… dress! 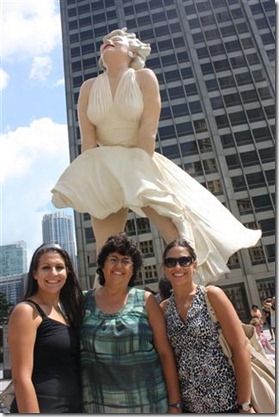 Apparently it is quite popular for bachelor parties and wedding pictures. LOL Shame, shame!

She was nearly as tall as the buildings! I thought it was pretty funny and I texted Irving a picture. tee hee hee! 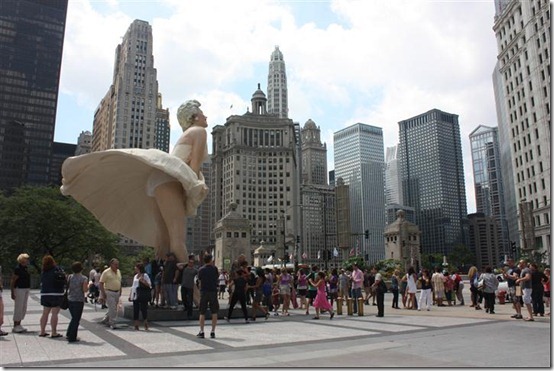 The Chicago Tribune building is pretty neat too because of the art on the outside walls.

Scattered throughout were stones from other buildings around the world. I had fun counting the ones from places I’d seen in real life.
Click to enlarge! 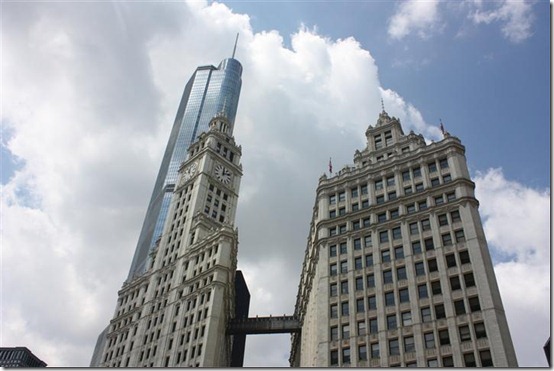 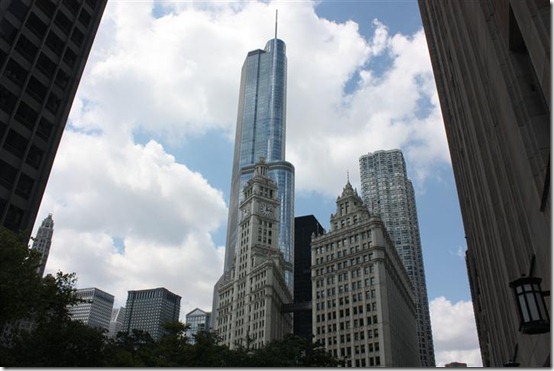 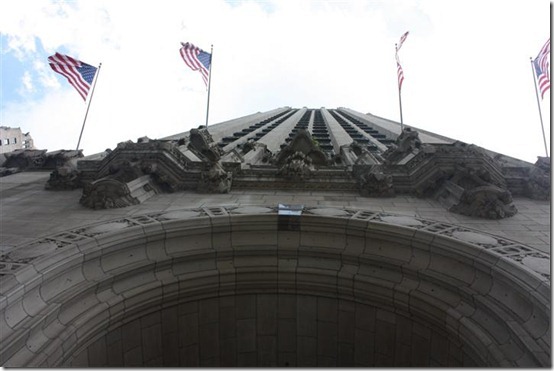 By now, we had already been walking for almost five hours. My sisters wanted to shop in the huge Forever 21 there, but my mom and I sat down in the front and chit-chatted for a half hour and looked at the gorgeous chandeliers.

We made it to the Sears Willis Tower and then we saw the Armageddon-looking clouds rolling through the city. It looked like it was straight out of a movie! Yikes!

Luckily we scored a ride home and just narrowly escaped the rain! It was 2pm and I was ready for a nap. Stay tuned for part 2!

One Response to “A Windy City Adventure”