Adele has reached a very important milestone this week! She’s 18 months old! One and a half years! She’s officially not a baby anymore. 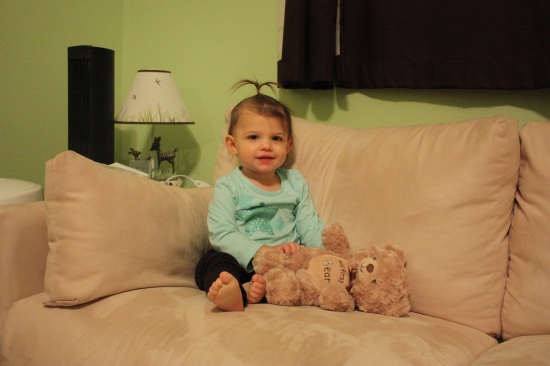 Haha her hair looks like a sprinkler! Or a Palm Tree! I think it’s the cutest! 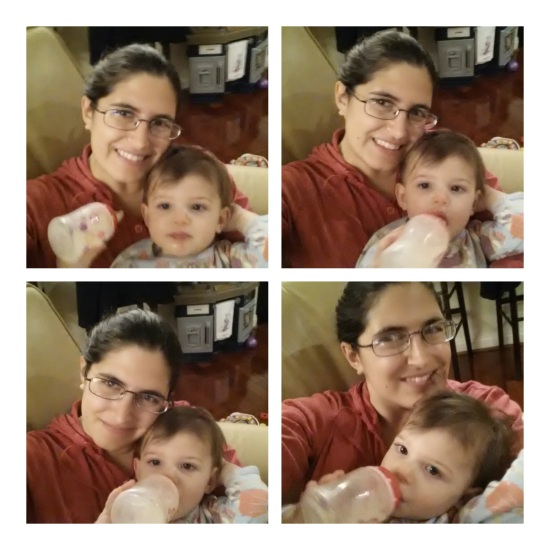 She now goes to bed with an entourage… puppy, bunny, blanket and pacifier (only for sleeping, not during the day… I’m still not brave enough to take it away just yet). She’s a snuggler. I snapped this photo of her this morning while she was still asleep! 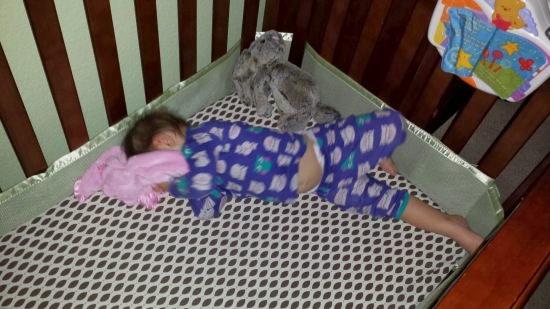 Food
She’s getting better about not throwing food on the floor. Really good actually. Instead, she gently places unwanted food on the table next to her high chair now. HAHA

Breakfast is usually eggs, cereal or waffles with fruit. Lunch is at school and is usually pasta/rice/lentils with some kind of meat and veggies. Dinner is fruit/veggie heavy with a side of whatever we’re having with it.

Her favorite foods are canned mandarin oranges, sesame crackers, goldfish, raisins, cauliflower, strawberries and blueberries. Oh, and granola bars. We found that out tonight after she devoured one in 15 seconds. I need to look into making my own since i know the quaker ones are loaded with sugar. We are trying to limit the amount of sugar we give her, usually in only one food per day… and hopefully in the form of fruit, not sweets.

She is not a huge meat fan, and she also doesn’t like anything with a skin or fibers (i’m looking at you clementines and apples!)

LANGUAGE
She’s a talking machine now! She’s got so many words, I’ve lost count. She can correctly name most items in her favorite books now. She’s talking and labeling things non-stop from the minute she wakes up til the minute she goes to bed. My new favorite is Utterfly (butterfly).

She’s starting to put sentences together as well. This week, she said “Daddy, Book, Go!” I’ve also heard her say “My” in front of words now too. “My bear”, “My book”.

And my favorite… she SINGS! And you can actually understand what she’s singing! Most of her songs go like this: “ABC…Up Above the world…WXYZ…Ashes, Ashes, EIEIOOOooo!” (A combination of 5 songs in one! She’s so clever).

She often wakes up from bed/naps with demands now. When we go to get her out of the crib I hear “mama…cookie!” or “mama…book!”… “Mama…Apple!” 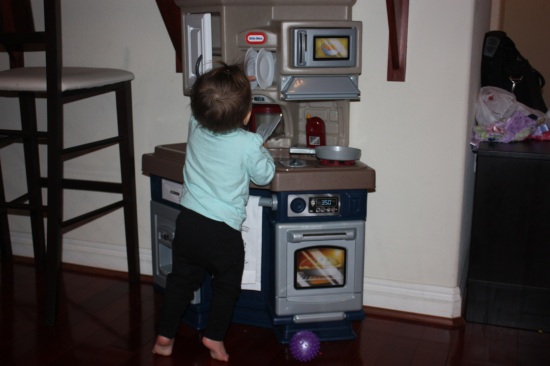 OTHER AMAZING TRICKS:
-She says “Go” when she wants you to do something for her (she’s so bossy).
-She can count to five (probably pure memorization now, but I catch her ‘counting’ things when she’s playing “Onnee.. twoooo…. free…”
-She can sing most of the ABCs along with you.
-She now recognizes when she sees letters. If she sees a sign or writing in a book, she says “ABCD…”
-She copies everything we do now. She grabs tissues and pretends to blow her nose, she takes paper towels and ‘cleans’ the floor, she tries to brush her own hair. It’s like it’s all clicking for her and she’s realized the world is a playground now. It’s awesome!
-She’s learning the letters of her name. She can say “A… D…. E…” out of “Adele”. We practice with letters on the fridge. 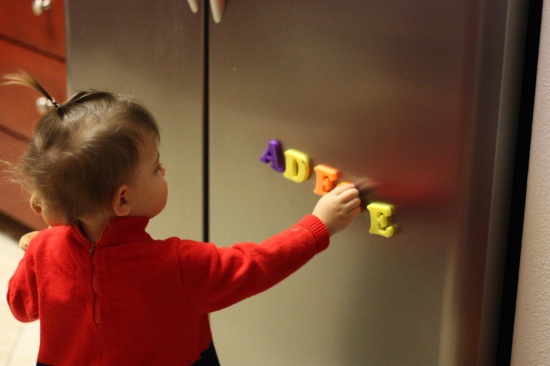 Speaking of letters on the fridge… where did they go? 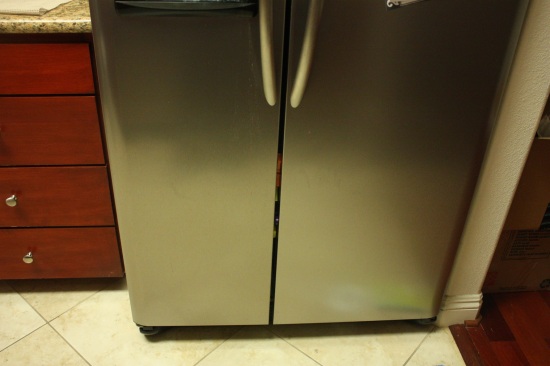 Can you spot them? She sticks them in the crack in between the doors. Kind of annoying, but also cute. 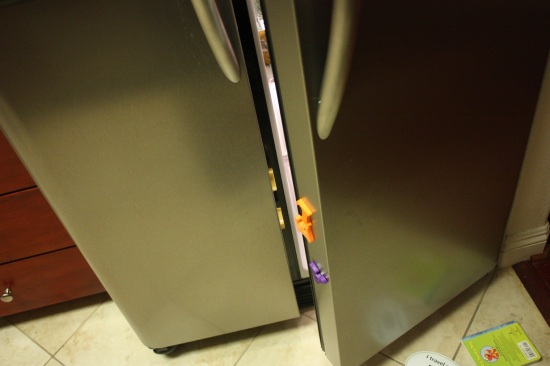 What else.. i’m squeezing in every last bit of baby wearing I can! I got her to take a nap on me last week, it was so special. 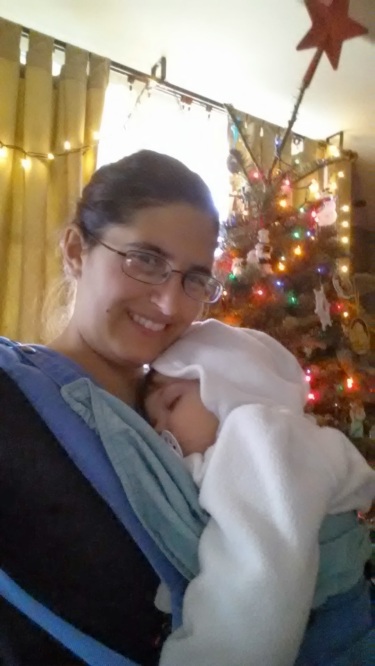 She’s been a lot of fun lately, we’re very excited for Christmas and everything the next year will bring us. Onward! 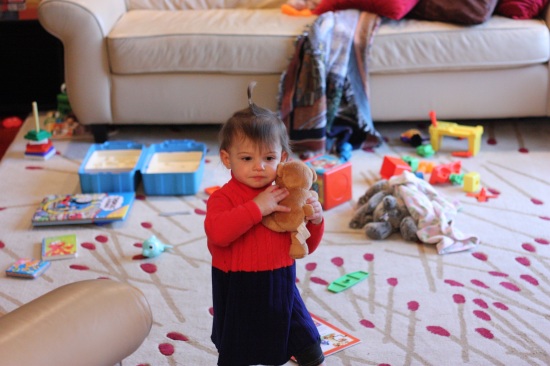 Comments Off on One Point Five Years