My husband and I took our first Contiki tour in 2008. It was the “Simply Italy” itinerary and we absolutely loved it. We had such a great time and fell in love with Contiki. I had been to Europe before, but neither one of us really seen much of Italy. This two-week trip was perfect for us and we highly recommend it.

We started the trip in Rome, but headed down to Sorrento on our first day.  Sorrento was gorgeous. It’s right on the Amalfi Coast, and the cliffs against the Mediterranean Sea were breathtaking.

Before we explored Sorrento, we opted to do a tour of Pompeii. For me, this was an absolute highlight. To see an ancient Roman village as it was thousands of years ago was just incredible. It is not to be missed. I could have walked around for hours and hours. So many areas to explore. We had a great tour and we were sad when it was over. The guides are fantastic and really bring the history to life.

That night, we explored Sorrento, it’s a bit touristy, but not as much as you’d think. We wandered the streets and took it all in.

This was as far south as the Simply Italy tour goes, and you can definitely start to see the differences between the Northern and Southern parts of the country. Sorrento dances that line very well. The best of both cultures. 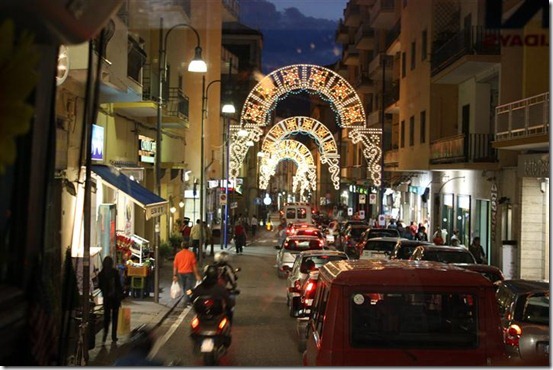 The next day, we took a boat off the coast to the island of Capri. On the way, we got great views of the cliffside towns. 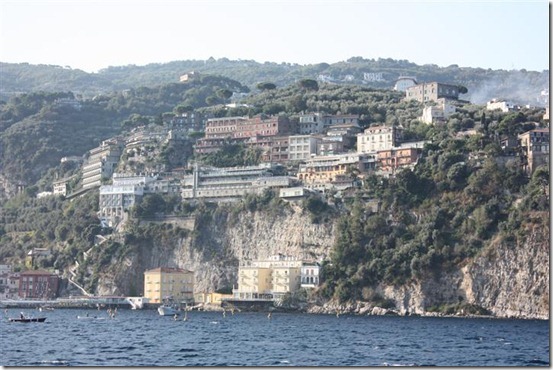 After exploring the villages on the island for a bit, we took a smaller boat on a tour all the way around the island. I’ve never seen such clear, crisp water! We had a blast on the boat.

Although the waves were too rocky to go inside the blue grotto, we got to jump out and swim inside the green grotto instead. This was so cool! We even got to swim through some rock caves!

We took the gondola up to the top of Capri and walked down and around the towns, exploring, taking pictures and taking in the gorgeous views of the coastlines.

We had a great lunch and dined al fresco before taking a boat back to the mainland. This is what vacations are all about! 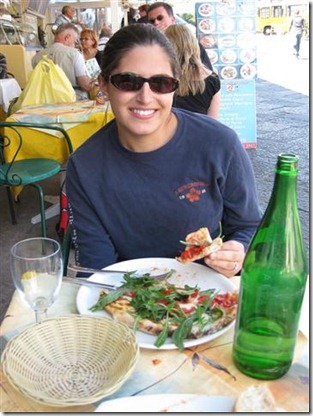 Leaving Sorrento behind, we headed up to Tuscany! We usually prefer to sit at the front of the bus so we can look out the big window. This was quite a treat to see Tuscany in front of us!

We had a great wine tour at a local vineyard and got to see how their wine and olive is made. Of course there was some tasting too! 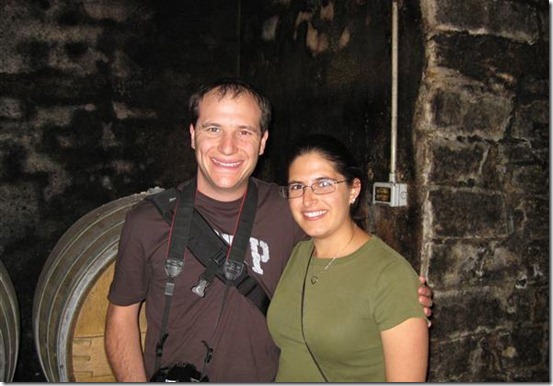 Our hotel in Florence was up on a big hill, and we could see the Duomo from our room!

We had some freetime in Florence in the evening, and we took advantage of the crowdless city. We had the town to ourselves that night!

We really love that Contiki lets you explore cities at night. They take on a whole new life after dark, and you can see the highlights up close, without the afternoon heat and throngs of tourists. It’s a unique perk to traveling with Contiki.

And, per Rick Steve’s suggestion, we stopped at Festival Del Gelato!

The next day, we had a fantastic walking tour of the city, seeing all the major sights. I had taken a class that focused on Florentine History, so I very much enjoyed this part. 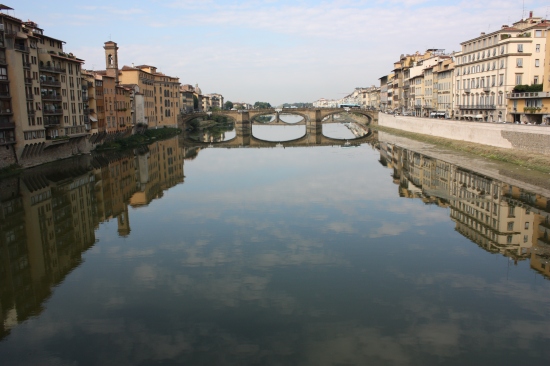 And just as good tourists should, we climbed to the top of the Duomo. The hike up is worth it for the rewarding views. 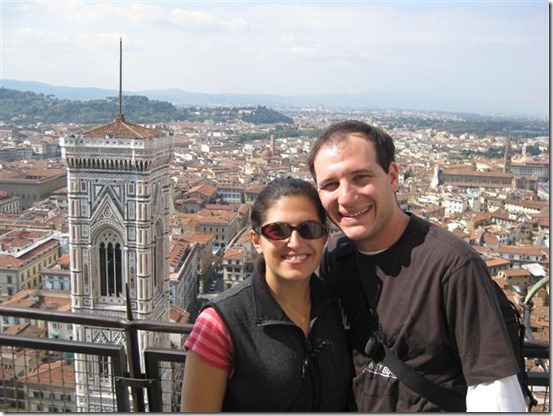 After Florence, we headed to Pisa and got to play with the leaning tower! There really isn’t much to see in Pisa besides the tower, but they gave us plenty of time to walk around and snap some iconic pictures. (Ignore the Santa hats. That’s another story for another blog post!)

Next stop was La Spezia and the Cinque Terre region. We adored the town of Portovenere. We had lunch there and gawked at how tropical it looks there.

Later, we took a boat ride past each of the five towns. You’ve probably seen pictures of this colorful hillside houses, they’re famous! And even more impressive in real life. 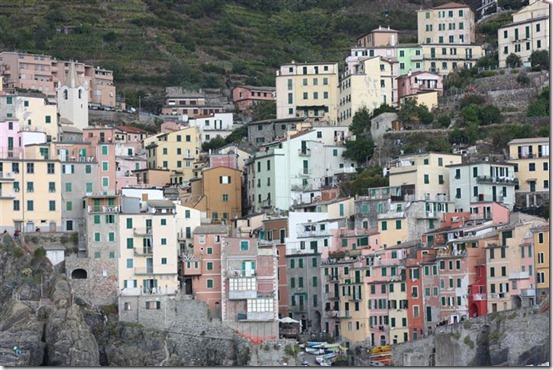 We got to stop in the last town, and took the train back to La Spezia when we were done. 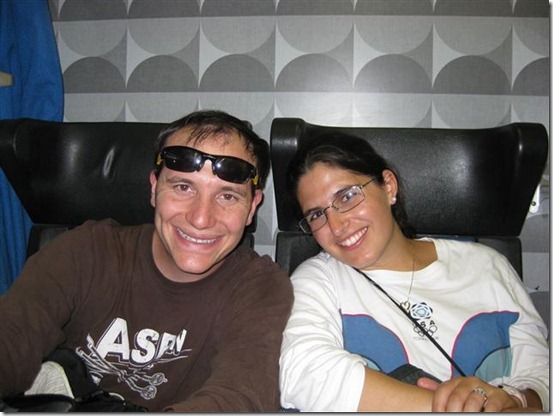 Our next destination was Milan. I visited the city in 2003, but I was happy to go back later and share it with my husband. 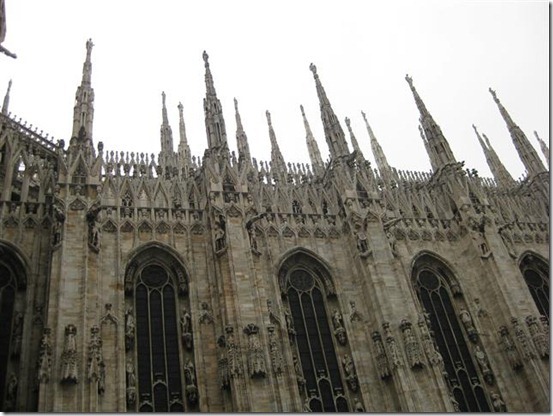 Although it rained the day we were there, we still saw a few of the major sights, and then had fun roaming around some of the malls. We found an Italian bookstore and I purchased some children’s books. I was trying to learn Italian and the books were a fun souvenir.

On our way to Venice, we stopped in Verona, where William Shakesphere’s Romeo & Juliet was based. It’s assumed to be good luck to touch Juliet’s…. um…. breast. When in Verona, right? 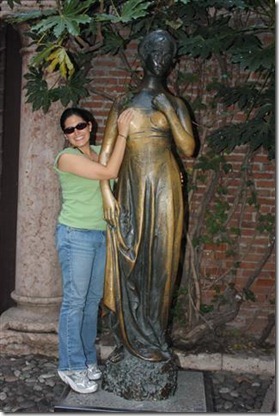 I had heard that there wasn’t much else to see in Verona, but we were surpsised at what a cute town it really was. It’s a walled city, with lots of fun, photographic areas to see. Make sure you break out of the touristy areas on these trips. Some of the best sights are off the beaten path!

Then we continued on to Venice! Again, since we arrived in the evening, we were encouraged to explore the city at night. With the canals and the lights, it was really stunning.

We just wandered around and had fun getting lost. By the way, it’s near impossible to actually get lost in Venice. But we had fun trying. It’s a romantic, quiet city at night when the flocks of tourists have turned in for the night.

The next day, we had a glass blowing and lace demonstration. 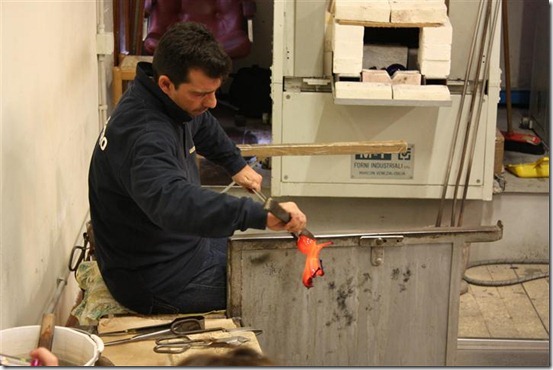 And then we spent the day walking, shopping and giggling over the fact that we were in Venice! 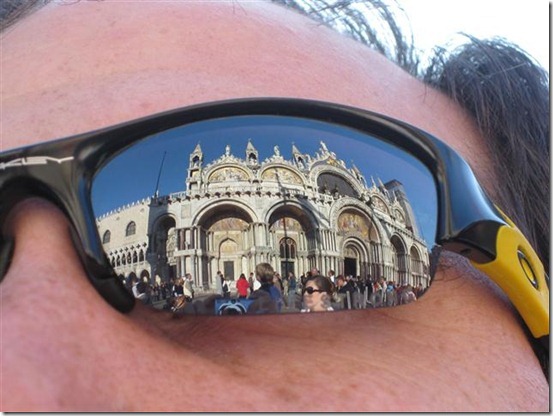 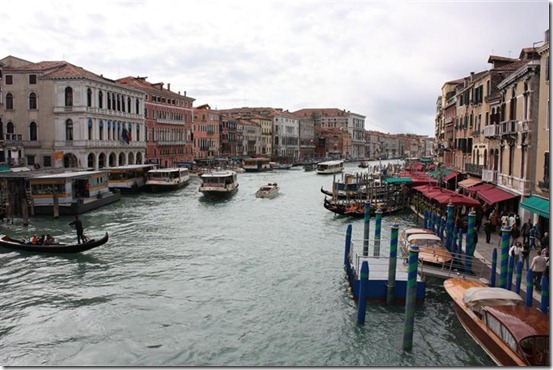 And of course, we had a gondola ride! Contiki gets an amazing deal on the gondolas. If you’re going to do it, for sure use their hookups! Make sure to pick up some bubbly to enjoy on the boat!

And dressing up like the gondolier is always a fun idea too. Yes, I planned this outfit specifically for this day! 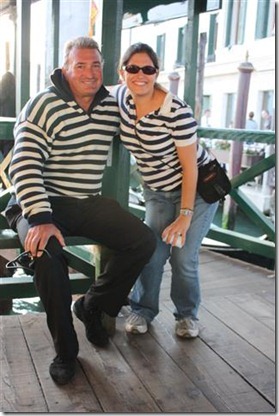 The next day, we were enroute to Rome(!!) and stopped in Bologna briefly on the way. I bought a scarf there (and then proceeded to wear it everyday for the rest of the trip… as seen in almost all the photos below!

After the sun set, we once again were treated to an evening tour of the city (I just LOVE these!) Believe me, with the crowds in Italy, you really can appreciate these rare crowd-free experiences! 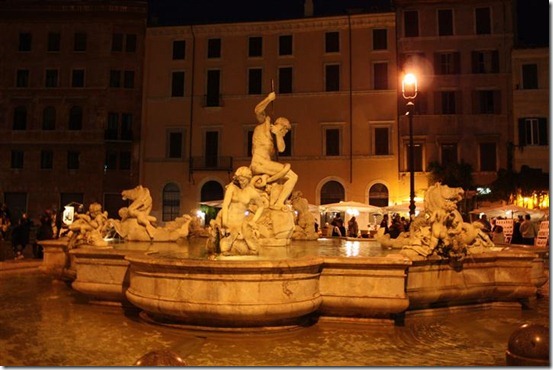 And the next day was filled with history. It’s hard to imagine how old these structures are, and how people lived back then. I’ve been learning about “ancient Rome” for years and years in school. And here it all is, right in front of us! 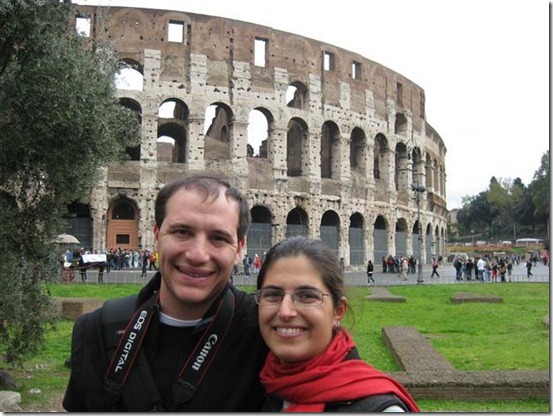 The Coliseum was fun too. How did they ever built such a thing without modern technology?!

If you’ve ever seen the classic film Roman Holiday, you might be excited to put your hand in the lion’s mouth!

The Parthenon was incredible too, so perfect in design and functionality! 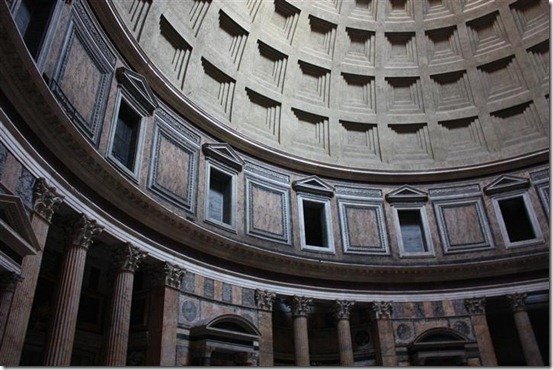 In our free time, we visited the Vatican. Even though we’re not Catholic, we really enjoyed this. It’s even more exciting if you’ve read Dan Brown’s The Da Vinci Code or Angels & Demons.

The next day, our official tour had ended, but we opted to stay in Italy for a few extra days. We had planned to go back to Cinque Terre to do the five-town hike. We took a train from Rome and I read up on some information on the way.

We got up early the next day to begin the hike. We started in the furthest town, and made our way along the coast towards the last one.

If you’ve got the time, you have to do this hike.

We are thrilled that we were able to experience Italy at such a young age. If you’re even just considering going, don’t wait. It’s a fantastic itinerary and Contiki gets it right. You will not be disappointed. 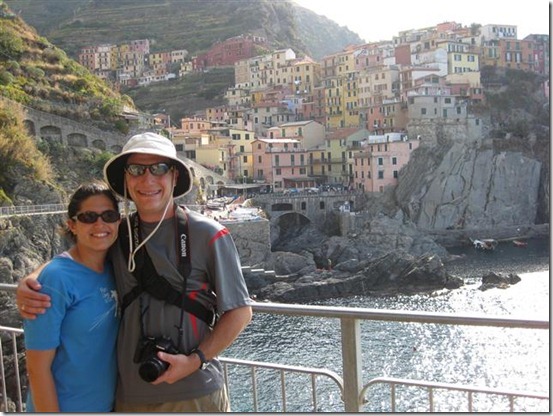