St. Petersburg: The Venice of the North September 7, 2009

We continued our drive north to St. Petersburg, and arrived on a very rainy day at Peterhof Palace.

St. Petersburg went through multiple rulers. It was even renamed Leningrad during World War I. We watched a lot of documentaries about this Palace before we left for Russia. We tried best we could to explore the grounds, but because of the rain, our tour got cancelled. For good reason I suppose, check out this rain! 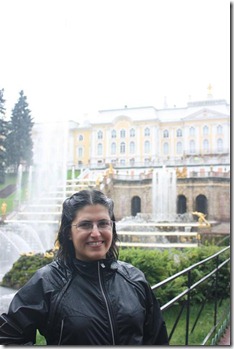 But even in the rain, it was still amazing.

One of the highlights of St. Petersburg for me was seeing this memorial dedicated to the victims of the ‘Siege of Leningrad’.

The museum was very nice and had tons of artifacts from the era. It was complelling stuff. This country has been through so much.

The next day, we visited St. Isaac’s Cathedral and walked to the top to see the city from up high. I’m a tad bit afraid of narrow staircases, but the views were worth it. 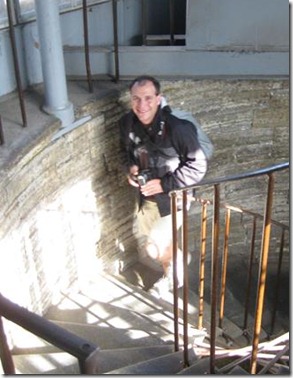 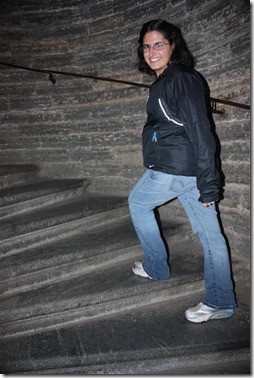 To the left was the Hotel Astoria; inside there, Adolf Hitler had planned to hold a victory banquet there! 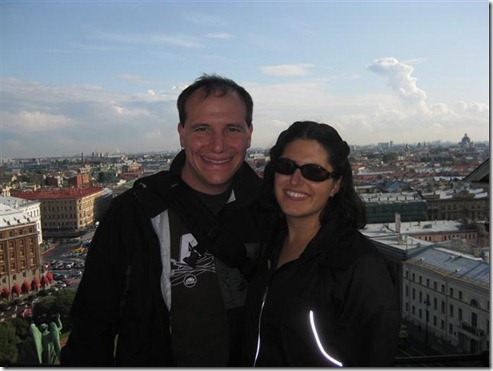 Later, we took a river boat cruise down the Neva to see some of the palaces from the water.

Of course, when in Rome St. Petersburg, you must drink Russian Vodka! 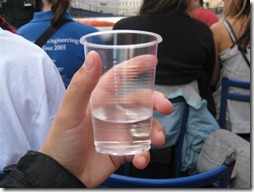 Seeing the amazing Hermitage Museum was breathtaking. That place is huge! It used to be the summer residence for the Royal Family! 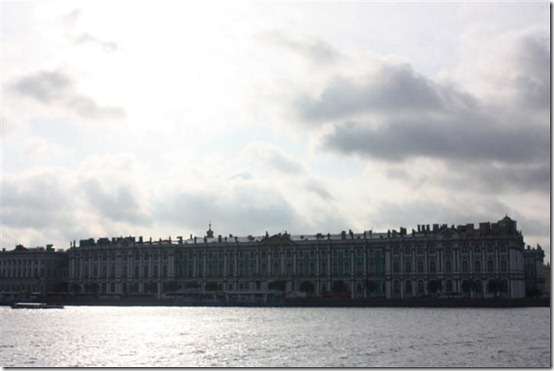 From there, we headed to the Peter and Paul Fortress. We had a great guided tour of all the historical locations in there. Among the highlights were the tombs of the Romanov family. I’m a total history nerd, and I love hearing about what happened in each place we visit. History comes alive when it’s right in front of you!

And we also checked “Attend a Russian Ballet in Russia” off our bucket list! We saw a great performance of Swan Lake. I didn’t really know what was going on, but the dancing was beautiful, and we had great seats. Plus the theater was incredible. A little history and a little culture. Just the way we like it!

The next day, we said Bon Voyage to Russia and headed into Europe.

Comments Off on St. Petersburg: The Venice of the North