Saturday night, Irving and I ventured downtown for a pretty unique event:

It was a Leslie Nielsen Tribute night at the Downtown Independent.
They were playing ‘The Naked Gun’ and ‘Airplane’ back to back.

Sounded fun, so we made a night of it. 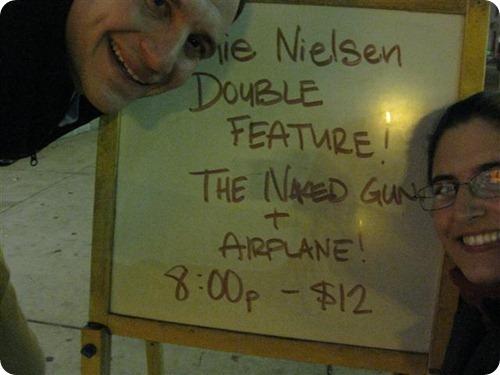 We’re probably in the minority, but we love public transportation. We took the metro downtown and had fun taking pictures while we were at it.

We are so fortunate to have so many gorgeous buildings in our city. I highly recommend people go visit at night and observe them like tourists.

We always travel to the other side of the world and snap pictures of the sights, but how often do we do it right in our own backyard?

If you’ve never been to the Downtown Independent, you really should check it out. They have fun events all year long. 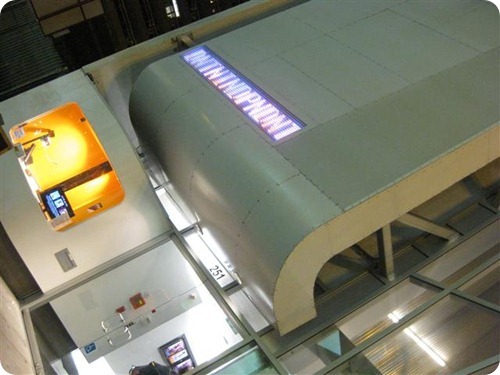 It’s become one of our favorite best kept secrets in LA.
Hi, Irving!

They even have love seats in the theater where two people can sit next to each other and cozy up. Romantic, no? 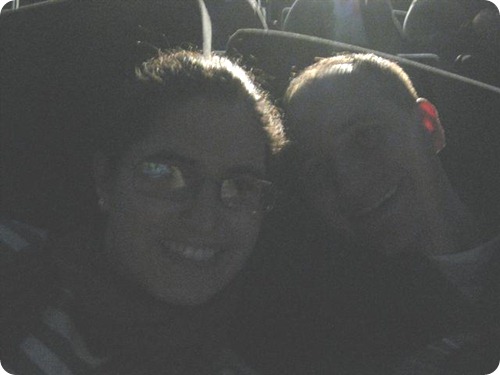 Sorry for the dark photo. I was too embarrassed to put the flash on.

The double feature was also a ‘Drink A-Long’ and the first beer was on the house!

They make it fun with clues during the movie where you’re supposed to ‘drink’.

And a bunch of others I can’t remember at the moment.

We’re going to make it a point to visit Downtown more often because there really are some great underground scenes happening there now. Lots of film, comedy and theater to check out.

Comments Off on Downtown Independent: A Tribute to Leslie Nielsen