To keep the momentum of Valentine’s Day weekend going, Irving and I had a fun date night planned for Sunday night! We hired a babysitter and headed into Hollywood for dinner and a play! We even valeted the car! (HAHAHA We would usually choose to park 2 miles away and walk than do this, but tonight was a special occasion… date night!) I wore a new black lace dress too! Fancy! (still wore my flats instead of heels though, gotta keep it real, right?)

We ate at Fabiolus on Susnset Boulevard. We skipped the appetizers and went straight to the wine. We ordered a bottle of the house white. (We had never done that ever either!) It was fun!

I had a great pesto linguine and Irving ordered a chicken dish. Both were great! We had a great conversation about parenting, Adele, life, work and the future. I very much enjoyed the company of this guy.

Then we headed up the street to the Pantages Theater to see Book of Mormom! 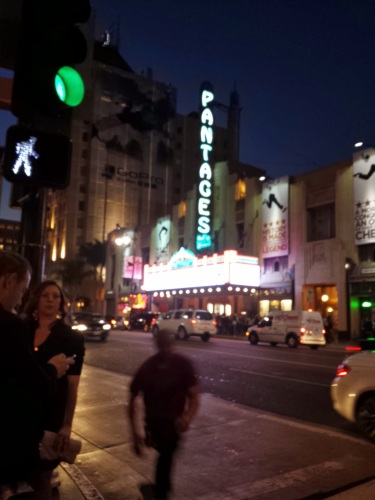 We had been there once or twice before, but the theater really is breathtaking. Brings you back in time a bit and makes you appreciate ‘old hollywood’. It opened in 1930! 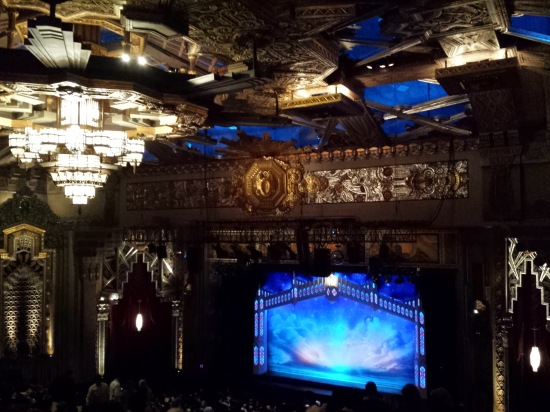 We really liked the play. It was a musical and the songs were great. I thought the story could have used more depth, but it definitely had some great lines and characters. 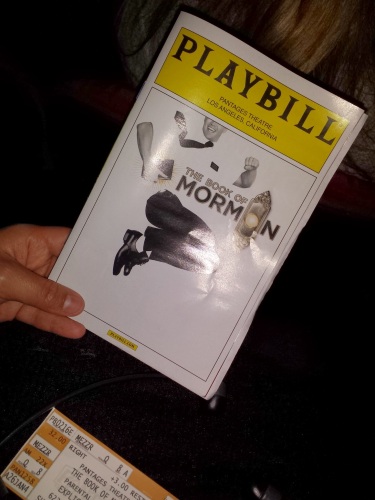 What a wonderful night with my perfect valentine. xo

Comments Off on Hollywood Date Night