On our last morning in Shanghai, we again had another amazing breakfast at our hotel (the Rendezvous Merry). 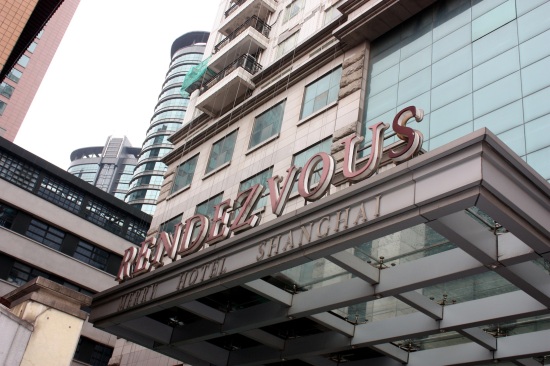 Today’s delicious plate featured noodles, snap pease, a roll with jam and copious amounts of watermelon. (Keep in mind, this breakfast buffet was huge and I had lots and lots of options. But these noodles and peas were just SO good I had to have them for breakfast!) 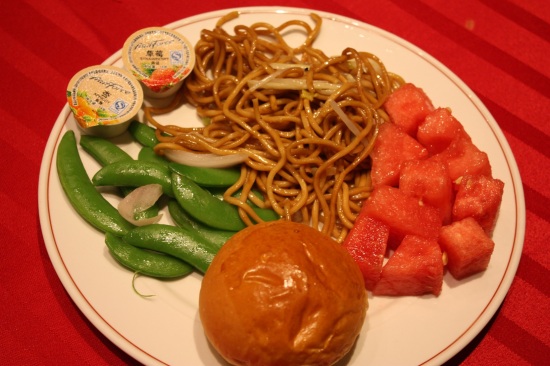 Irving capped his breakfast off with little ‘wedding cake’ bites. With chopsticks. Why not? 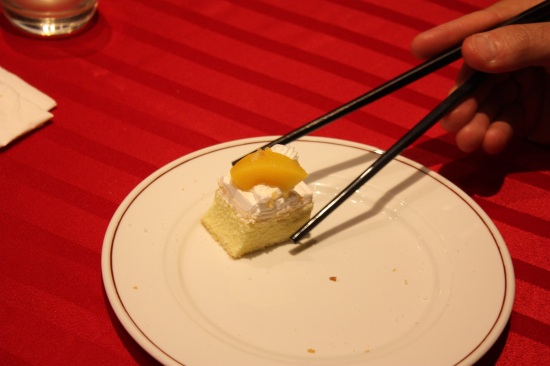 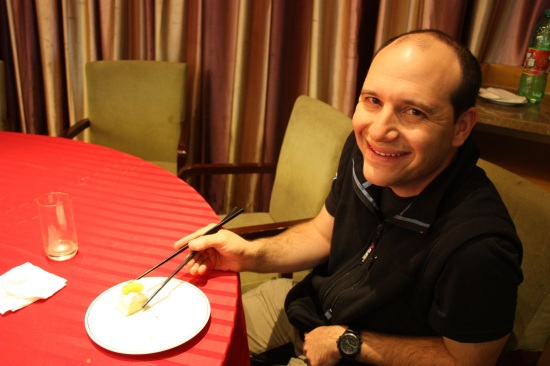 Our Shanghai local guide, Lisa, came with our group to the airport to see us off to our next destination. Bye Lisa! 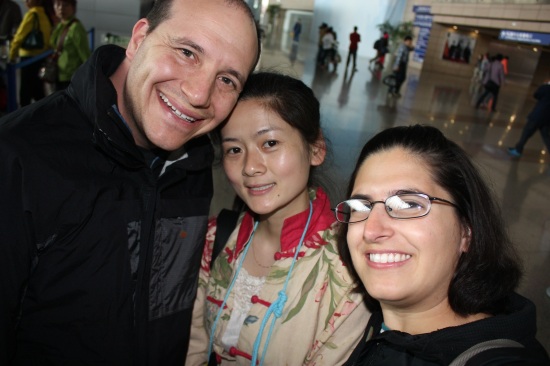 We had another short, uneventful flight on Eastern China Airlines (complete with a full meal served to those who wanted it — not us). But people said it was good. 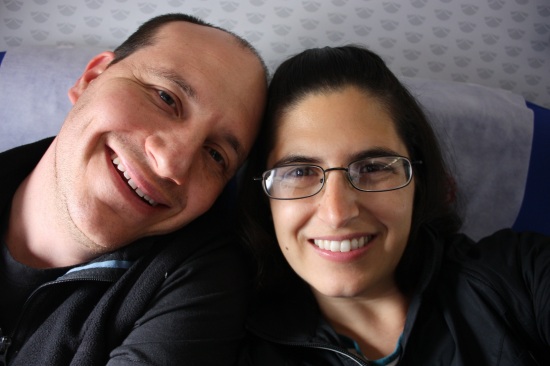 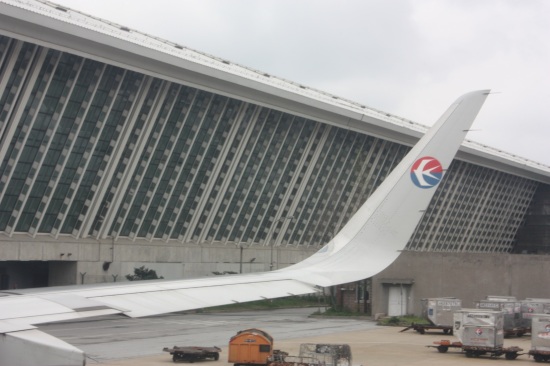 Our next destination was Yangshuo, located in the Chinese countryside.This was as far “west” as we went in China, and yet on the map, it’s still totally on the East. It’s a huge country, obviously. 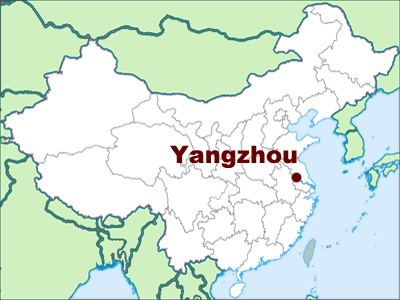 When you think of iconic China… this is it. The rivers, the rice patties, the mountains. Stunning. 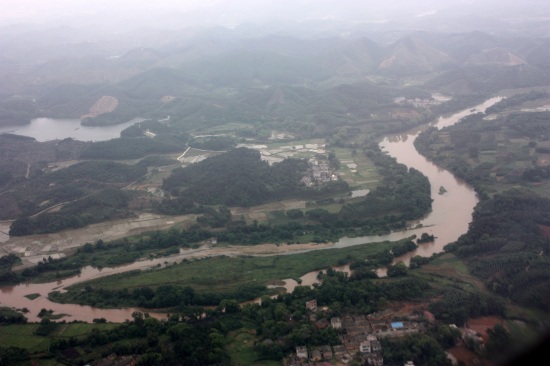 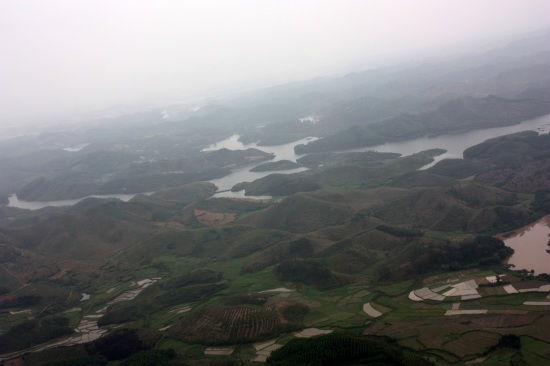 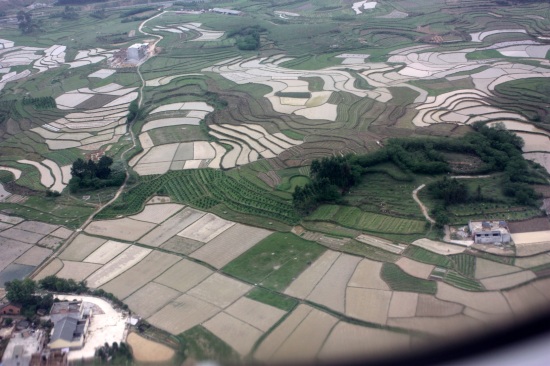 The rice patties were so beautiful. One after another. Our plane actually landed in Guilin and then we had a two hour bus ride to Yangshuo. We loved the drive so we could take in the gorgeous landscapes there (on yet another rainy day, by the way!) 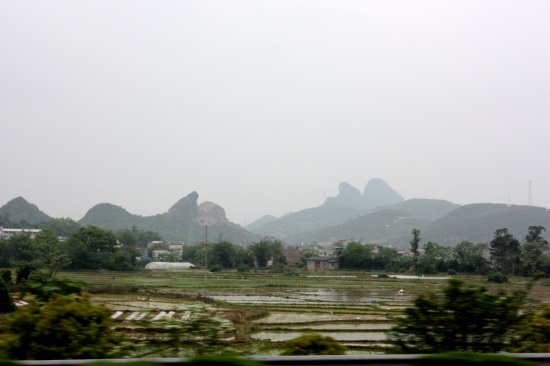 I love the layers of mountains in the background. Row after row. 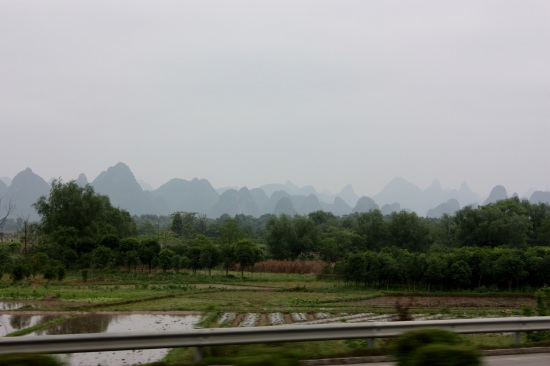 We were told to NOT rent a raft on the river. It looks innocent and fun, but apparently people die on them every year. But they were fun to photograph. 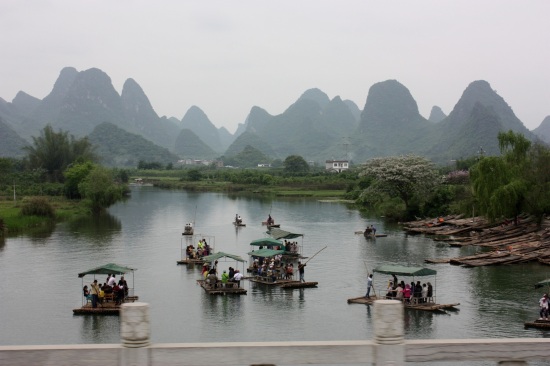 Our hotel for this leg of the trip was the New Century Hotel in downtown Yangshuo. The town is small enough that you can walk across it in about 15 minutes, so there aren’t a lot of options for lodging. But it was actually quite comfortable and clean. 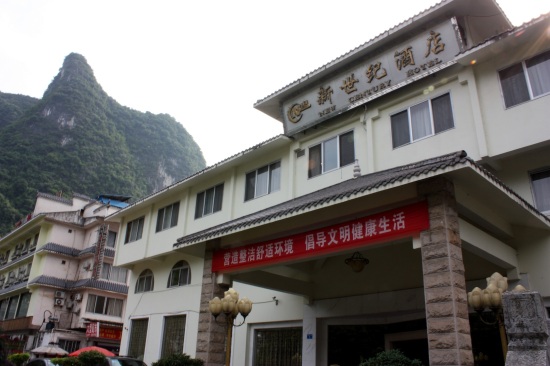 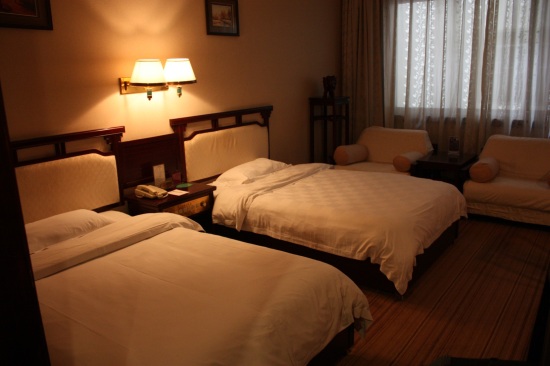 The hotel lobby and breakfast area were bright and airy. Love the parasols hanging from the ceiling! 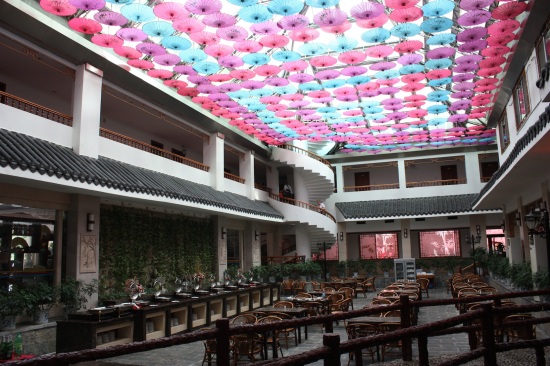 After we settled in, our tour guide took us on a walking tour of the town to get a lay of the land. Everywhere you looked there was something pretty to see. 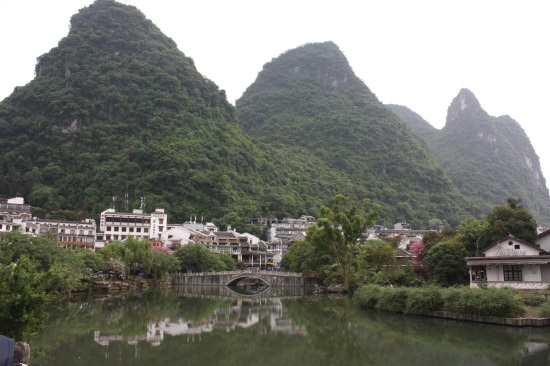 It used to be a sleepy, quiet, nothing town, but in the 1980s and 90s it became flooded with backpackers and now there’s even a street called “West Street” where lots of Europeans have opened up shops and restaurants. Lots of German restaurants serving Hofbrau beer! 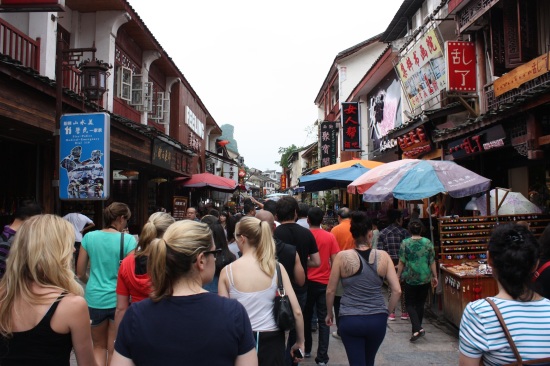 After seeing what our options were for dinner (and learning which restaurants not to eat at — thank god for a tour guide who knows these things!) we sat down with a group for some Indian Food. The owner is friends with our guide! 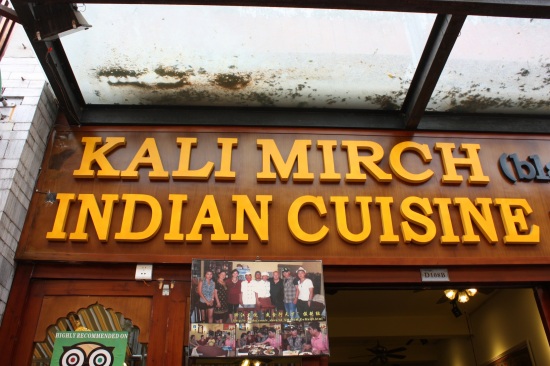 Some of our tour friends! So many great people on this tour! 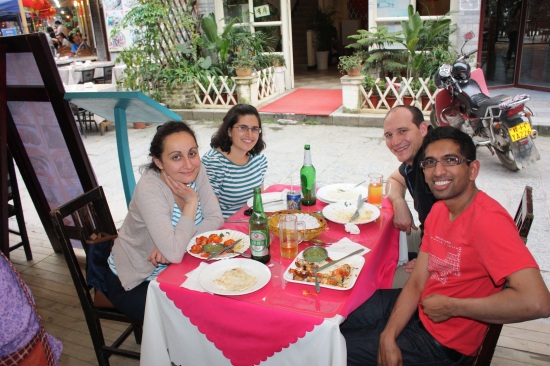 Everyone had really amazing Indian food, but I just snacked on some naan… I was holding out for Pizza! 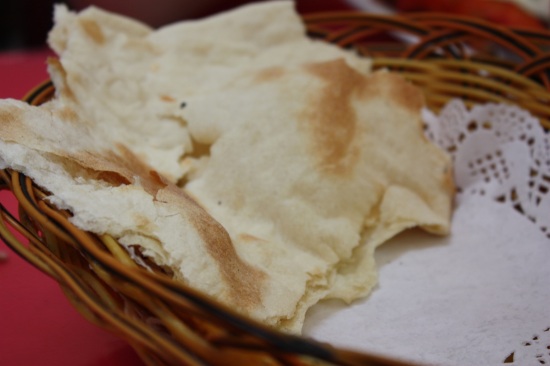 Once they were done eating, Irving came and sat with me at a Pizza joint next door called The Alley. 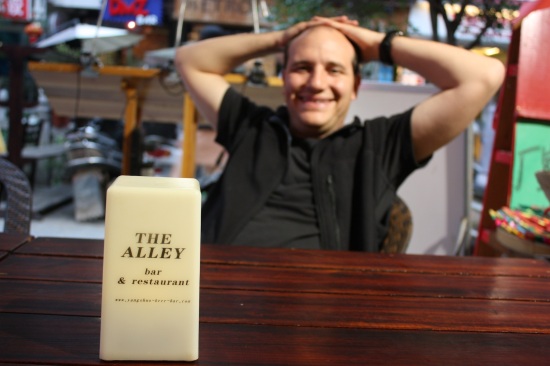 Why does pizza taste so good when you’re on the road? Hit the spot! 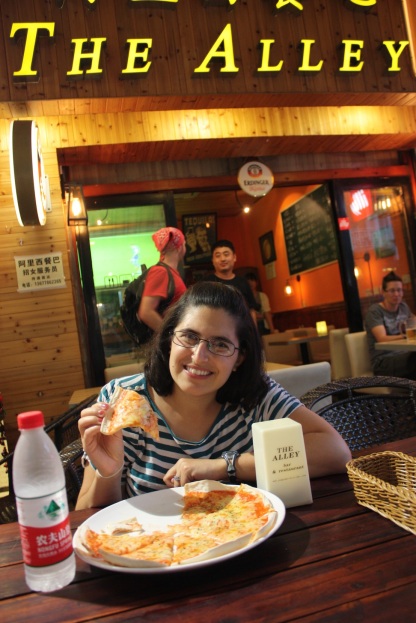 Tomorrow we have another full day to enjoy Yangshuo… and spoiler alert…more rain!

Comments Off on Let’s Go to Yangshuo!