Tuesday, I went to Salzburg, Austria. I went for the sole purpose of going on the Sound of Music tour. The movie was filmed there and the actually family lived there. It snowed during most of my time there. I toured the town the first day with a girl I met in my hostel. I went there alone, so I had like, no one to talk to. I climbed some hills, took some pictures, saw some castles… and chilled.

One night, at 1am, a group of us watched the movie in the hostel. It ended at 4am. It was fun though. I had all the songs stuck in my head. Then, the next day, I did the tour. It was 4 hours long, and I saw all the places the movie was filmed, even the Gazebo that “16 going on 17” was shot in. Everything I saw was awesome. I loved it. Then, after the tour, it was cold, and I was lonely and homesick, I called Irving crying, for some comfort, and the phone card ran out. It was tragic. Bad day in Austria.

Salzburg is where "The Sound of Music" was filmed. The actual story also took place here! 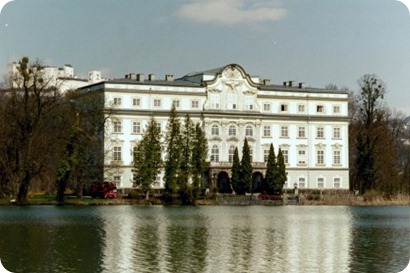 The Back of the "Von Trapp" house in the movie. And the lake where the boat flips over in the beginning of the film. 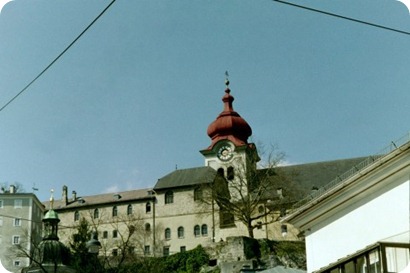 Road where the Von Trapp kids were "hanging from trees"!

In the Movie, this is the church where Maria and the captain get married. This is not really in Salzburg, but in the movie its supposed to be.

The fountain where the children danced:

The hill where they escaped to in real life:

A girl that I met in my hostel who did the tour with me! 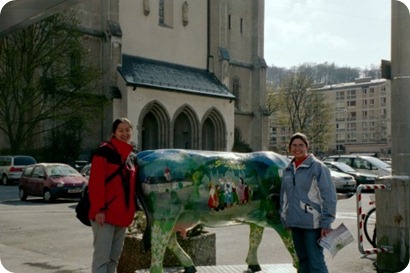 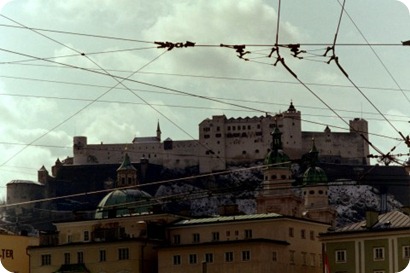 The church that they “got married in”

On the Sound of Music Tour: 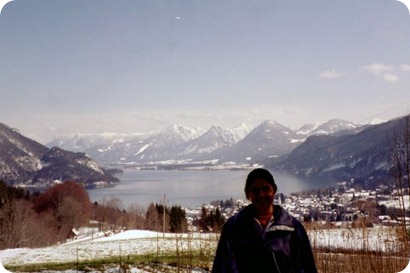 For More information, Check this site out!

Comments Off on Salzburg, Austria