Last night, Erika and Timmy, Erika’s Mom, Irving and I headed to the H-Bowl for one last show of the summer. It was ‘John Williams and the Music of the Movies’!

John Williams is a legend in Hollywood. He conducted the music in SO many of the world’s greatest movies!
-Indiana Jones
-ET
-Jurassic Park
-Star Wars
-Catch Me if you Can
-Harry Potter
-Jaws
-And SO much more!

But before the show, we had dinner ––picnic style (per usual!)

Summer Must be coming to an end because it was SO dark out! 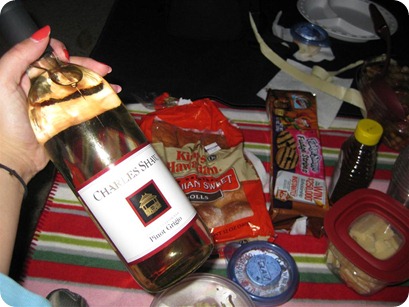 They allow you to bring in whatever you want, but they still check bags at the gate when you walk in. We were joking that they are probably checking to make sure you BROUGHT your wine… maybe you wouldn’t be allowed in without it. LOL 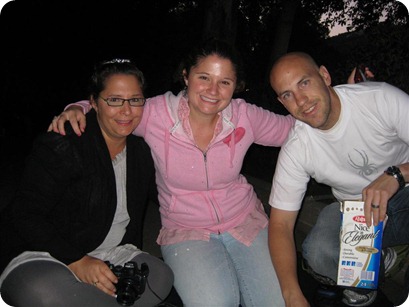 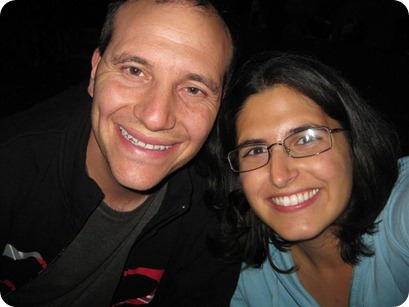 I mean… his ULTIMATE favorite! This man can easily eat a whole box of these babies. 🙂 But he shared.

The show was great! 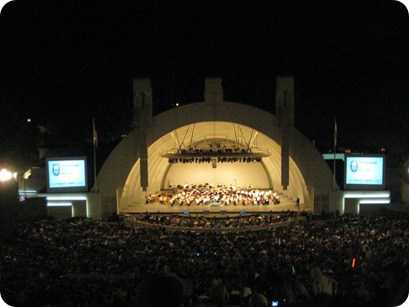 I love how they light up the bowl. 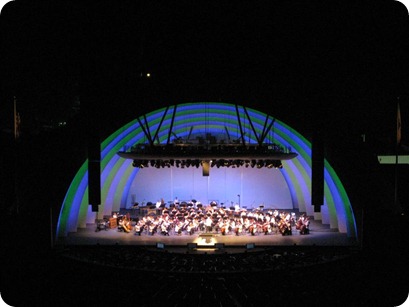 Of course, the highlight of the evening was when he played the Star Wars theme!

Out of NOWHERE, all these Light Sabers came to life in the audience!! 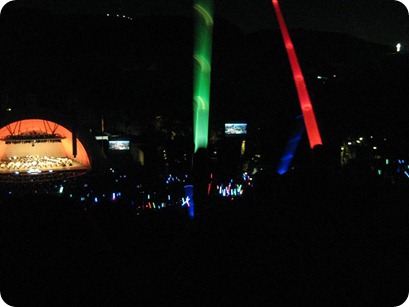 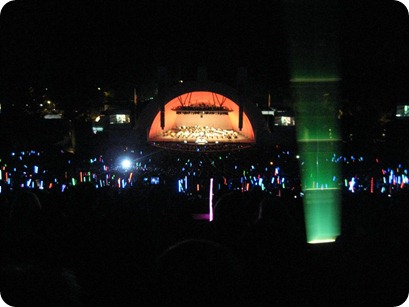 We were laughing so hard. Light Sabers are officially on my Christmas List for this year. (I never thought I’d say that!) 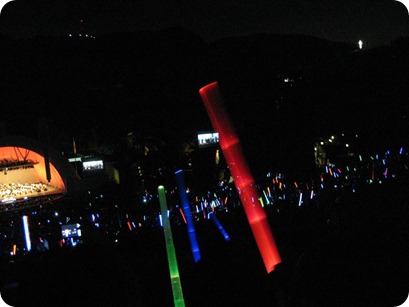 It was a great show to end the season on!

One Response to “John Williams at the Hollywood Bowl”