For our first full day in Dubai, we opted for a hop-on/hop-off bus tour to show us around the city. We chose Big Bus Tours, which we highly recommend. 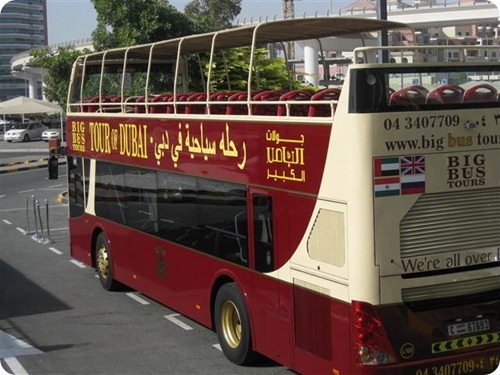 They took us to all the major sights and it was extremely organized and easy to use. 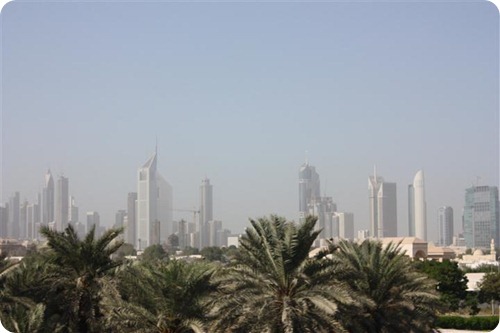 We were happy to be on the bus because it takes all the pressure out of finding your way to the tourist sights. 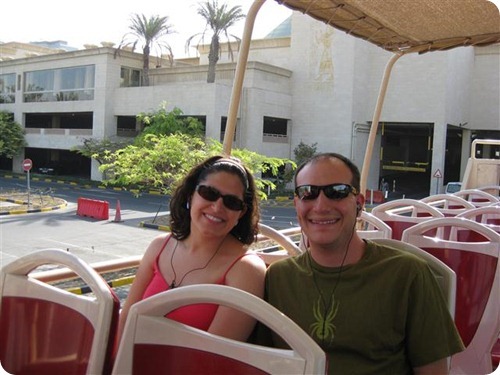 Everything is in English, but the Arabic was still a little overwhelming at first. 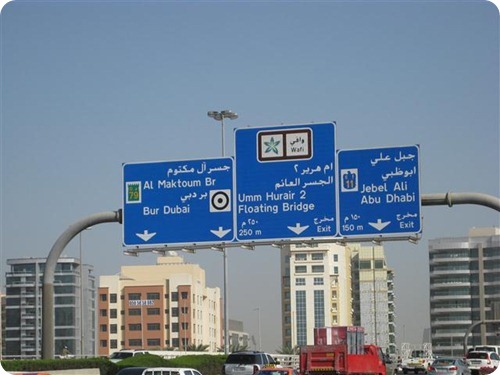 The first stop we got off at was the Dubai Museum. 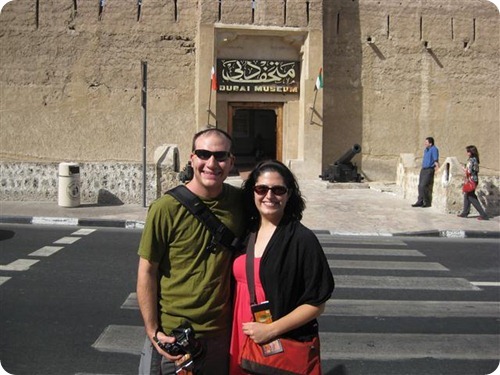 It was really well done. It was a nice glimpse into how life in Dubai used to be. 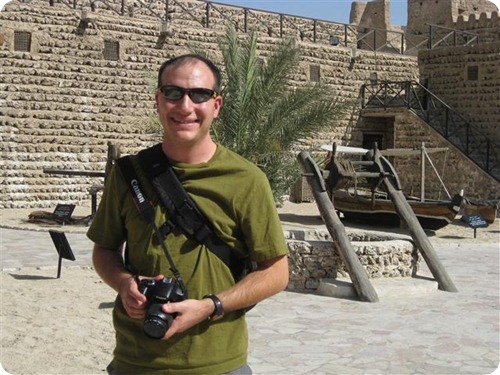 From here, we joined a walking tour (included in our Big Bus Tour ticket price). It was a great way to explore the souks without getting lost.

This is the Grand Mosque. You can’t go inside unless you are Muslim, but it looked really pretty. 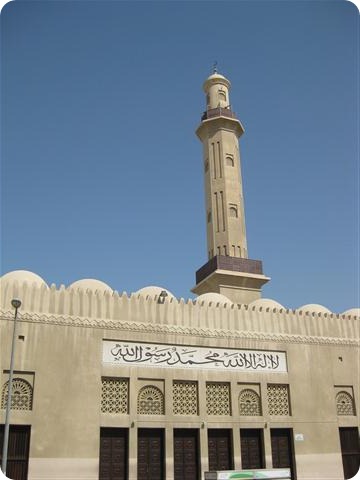 And right down the street is the Iranian Mosque. It was so pretty. 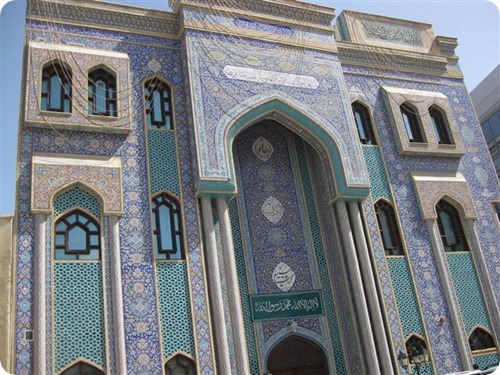 Walking through the old Souks, you could see what life was like in the desert prior to modern air conditioning. They used Wind Tunnels to capture the breeze and draw the cooler air inside. 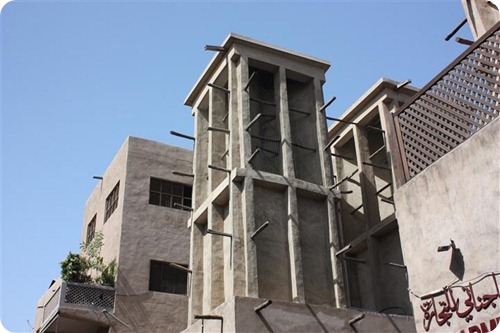 Then we jumped on an Abra (a small boat) across the Dubai Creek. 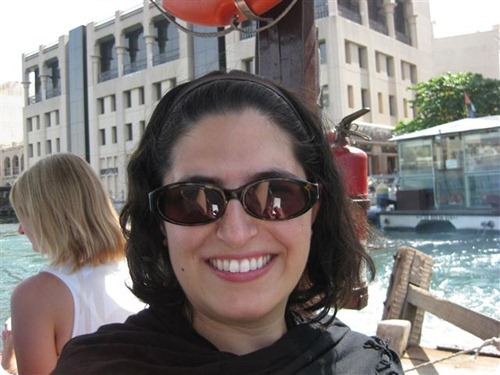 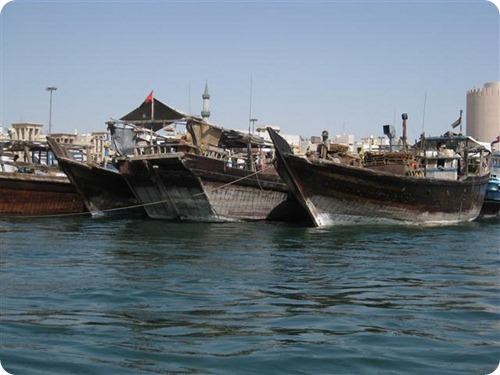 On the other side, we walked the spice souk. So many amazing smells and herbs. I bought some Arabian Tea, it smelled delicious. 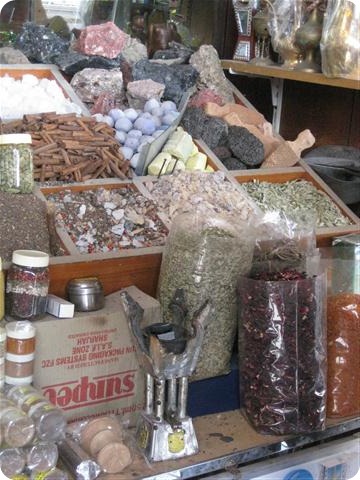 After that, we also walked through the Gold Souk and the Textile Souk.

Against the modern skyline of Dubai, you can still see the old way of life. Along the creek, they still import and export goods to India, Saudi Arabia, Pakistan and Sri Lanka. On 100+ year old boats, they transport refrigerators, appliances, food, and other goods. 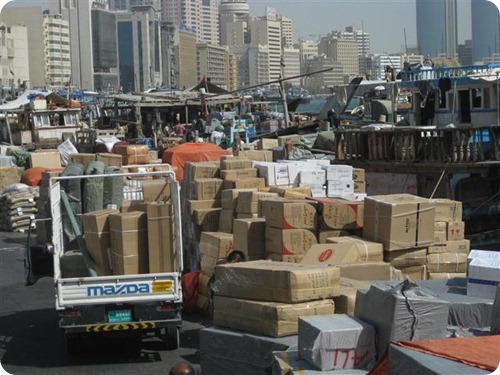 Apparently, this is the world’s highest flag pole! 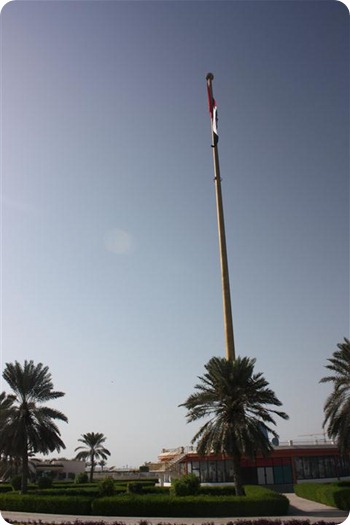 This is the Jumeirah Mosque. It was gorgeous from the outside. This is the only Mosque that non-muslims can enter in Duabi, but we didn’t have the appropriate clothing to go inside. We’ll have to save that for next trip to Dubai. 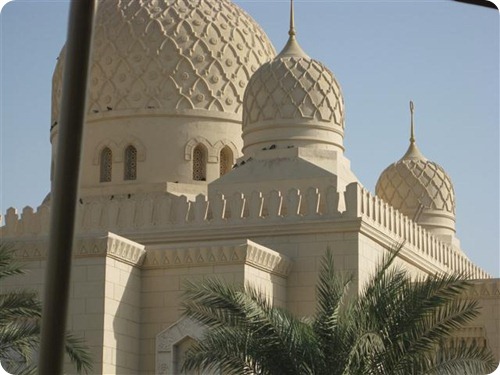 Then the tour took us along the gulf coast. You could see the water and it was really pretty. 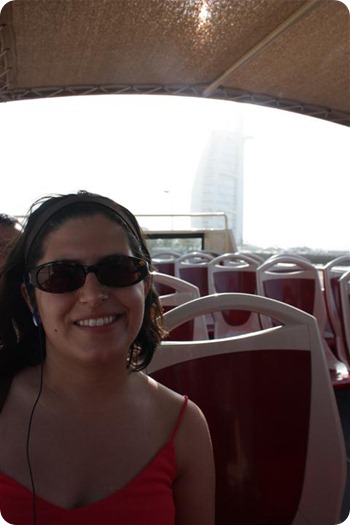 Our next stop was the Madinat Jumeirah (a really nice beach-side resort). 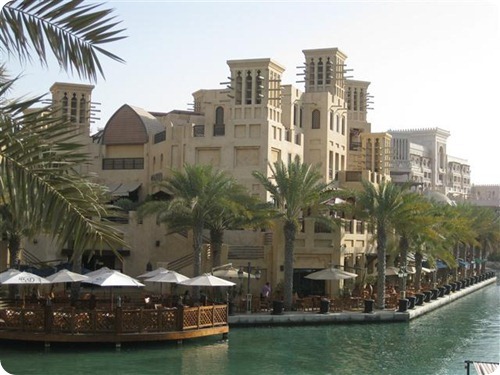 Inside is a really nice souk, but the views outside were the highlight. It’s really close to the Burj Al Arab, which was perfect for some photos before the bus came by to pick us up again. 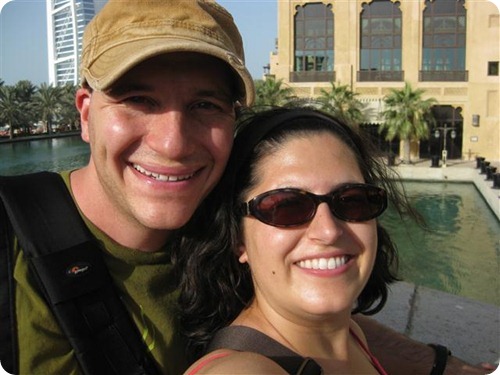 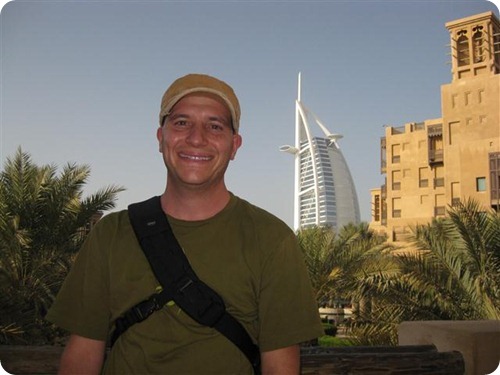 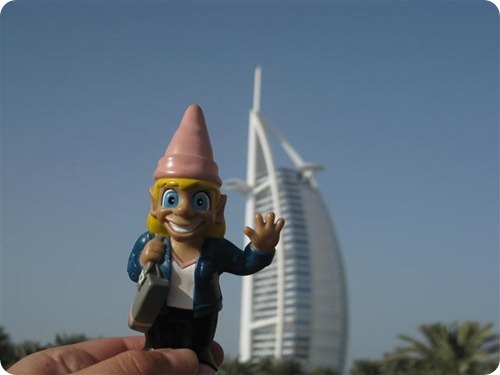 Then drove up the Palm Jumerirah to see the Atlantis Hotel. This is famous because the islands were created to look like a giant palm tree. Atlantis is on the crescent of the palm tree at the top. (More on Atlantis later!) 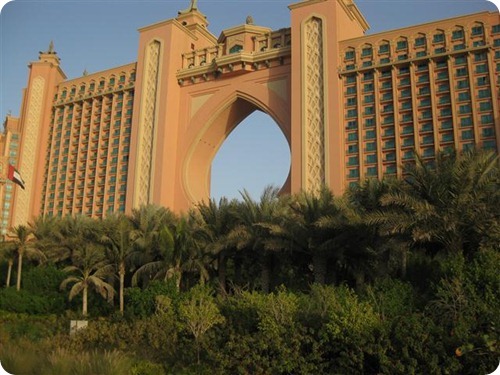 As the sun was setting, we had some fantastic views of the Arabian Gulf. 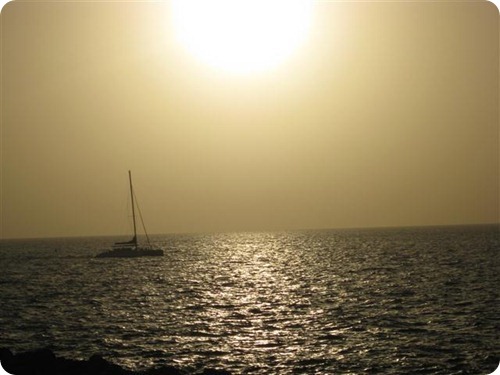 One thing we LOVED about Dubai was how large the skyline is. There are multiple ‘downtowns’ and each is divided into mini cities. This one is Media City. 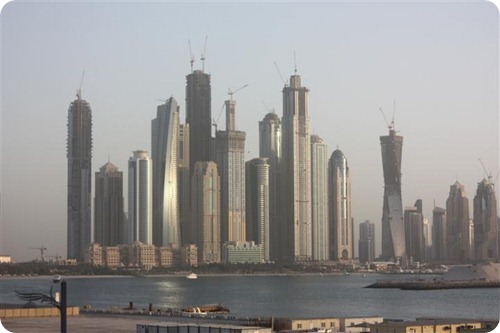 Then we headed back to where we started the tour. Along the way, we got a good glimpse at the Burj Khalifa (the world’s tallest building). More on that later too! 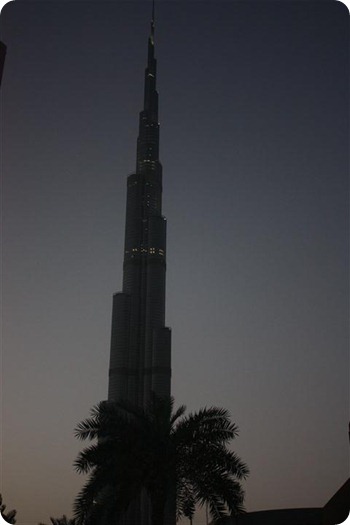 After this, we headed to our Big Bus Night Tour. This was different because the day tour is a pre-recorded audio guide, but the Night Tour has a real person giving commentary and sharing stories along the way. 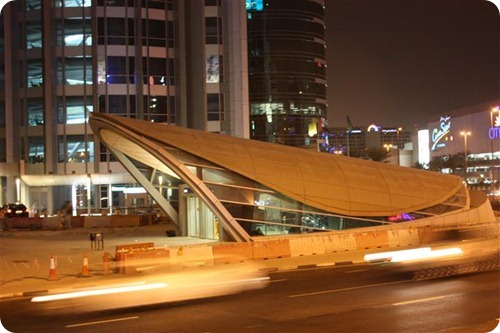 It was a long day (there may or may not have been a half hour nap on the bus during the tour)….

ok… there most definitely WAS a nap on the bus (but don’t worry, I got Irving back good for taking this picture!) 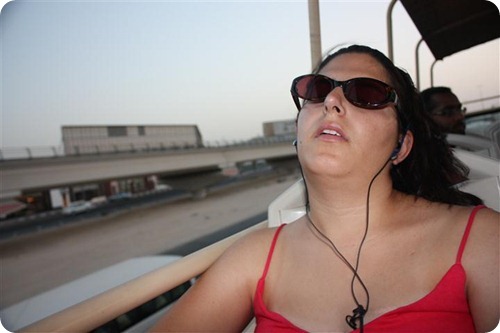 We stayed in the CityMax Al Barsha hotel and we highly recommend it. It was really close to the Mall of the Emirates and Ski Dubai. 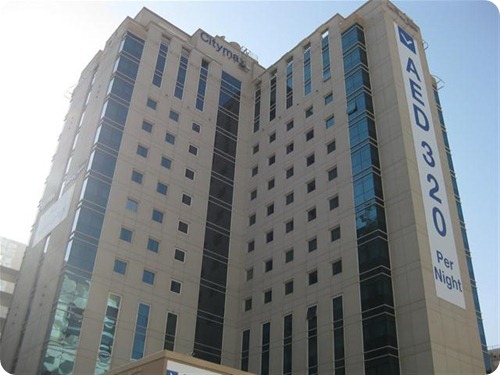 It was clean, convenient, reasonably priced, new and friendly. 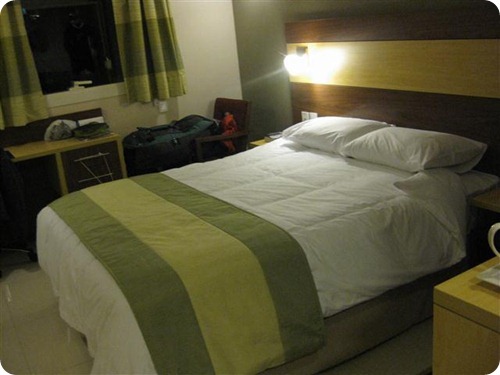 It goes without saying that we legitimately passed out that night. The 11 hour time change from LA was catching up to us!

Comments Off on Dubai by Bus…twice!