This morning, our wake up call was at 3:30am!! Sounds early, but we had a flight to catch that would take us to Abu Simbel. It was only a 30 minute flight, and I slept the whole time. When we arrived, the sun was just coming up.

See this big mountain? Do you know what’s on the other side of it?

Abu Simbel was  built in 13BC by Ramses II. Originally, it was carved into a single piece of rock on a cliff. However in the 1960s, when they built the dam on the Nile, they had to move the temple. Otherwise, it would have been forever under water.

So they literally cut the temple out of the earth, block by block, and removed it from this place here:

And put it on higher ground here:

In this image from google earth, you can see the chunk of earth they cut out when they moved it. (Isn’t that amazing?)

Each one of these statues is Ramses II. 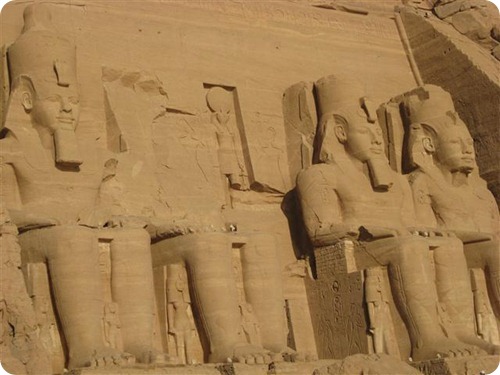 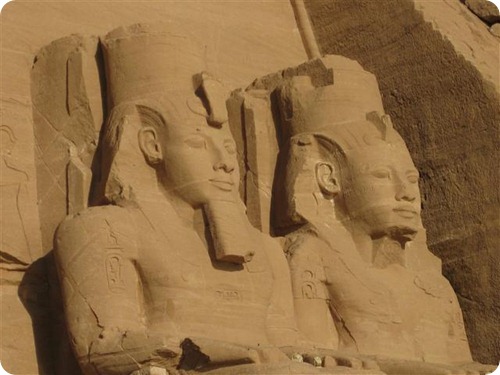 So what happened to the second head? There was an earthquake and a rock rolled down the cliff and smashed it off. Now it lays in front: 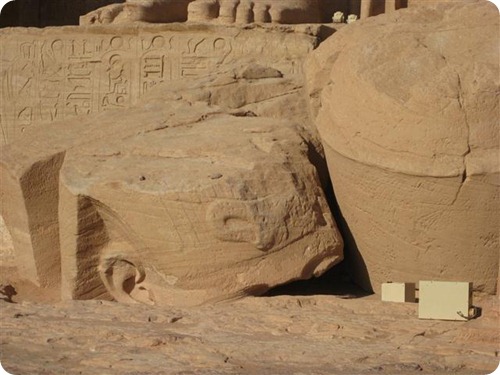 The hieroglyphics were really amazing. 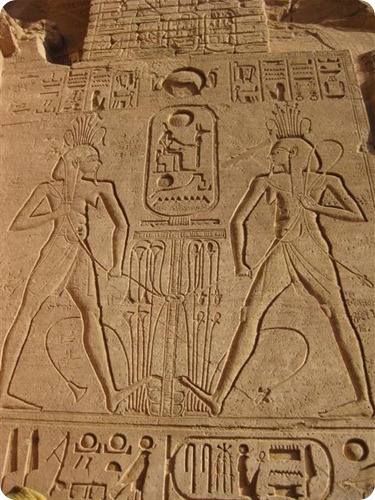 Inside, the temple is stunning (but you can’t take pictures). The most amazing part is that deep inside the temple, there is a statue of Ramses that used to be covered in gold. Twice a year, when the sun rose, it would hit at just the right angle and the rays would reach inside and light it up.

Next to Ramses’ temple was another smaller one that he built for his wife, Nefertari. 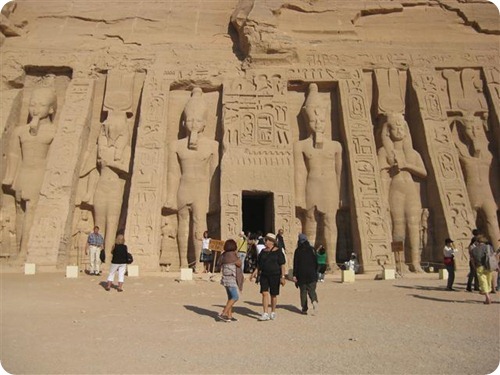 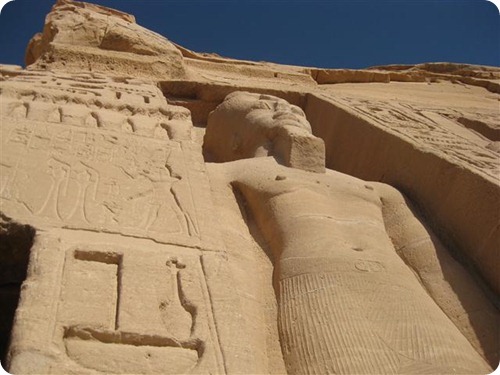 With the flooding of the Nile, it was a gorgeous backdrop for such a stunning work of art. There is so much history that goes with Abu Simbel. Google it to read more!

Then we headed back to the airport to head back to Aswan. 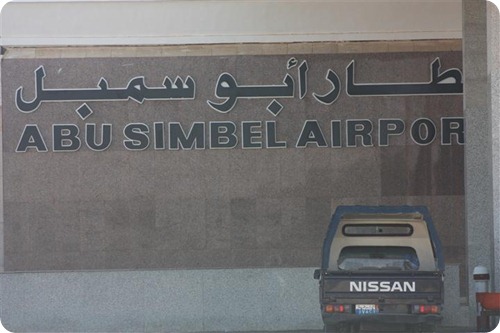 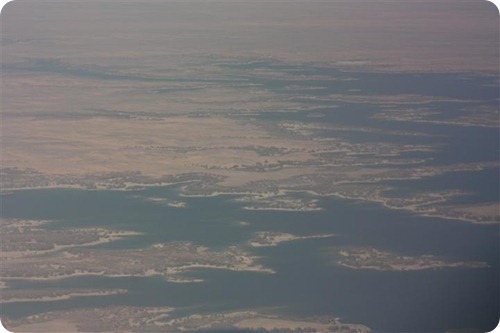 Once back on the boat, we relaxed, read, blogged and napped all afternoon.
(can you find me? always with a nose in a book.)

We enjoyed the stunning views of the river bank as we cruised.

And as the sun set, we remembered how lucky we are to be on this amazing adventure together. 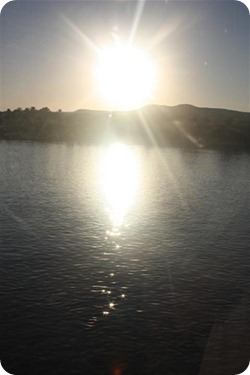 Finally, our boat stopped at our next destination: Kom Ombo.

Kom Ombo was built in 180BC by Cleopatra. 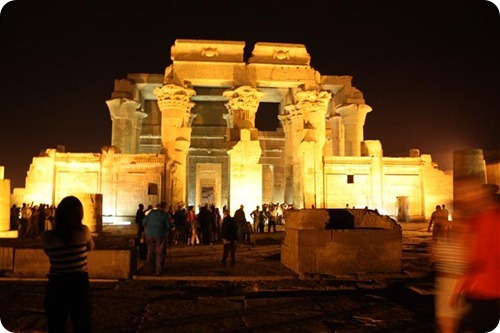 But Cleopatra wasn’t Egyptian, she was Greek. Her influence can be seen on the design of the temple.

Some of the original color can still be seen (this amazes me).

Our tour guide Sherif told us so many stories about the sculptures.

The temple was originally constructed to worship the crocodiles! 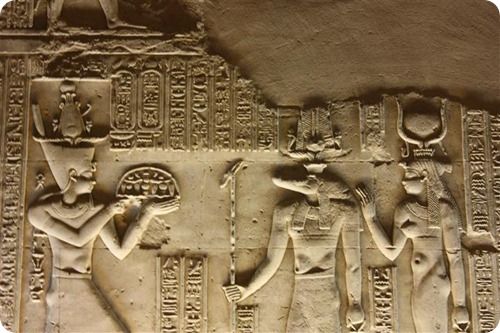 The Egyptians feared the crocodiles that lived in the Nile, so they thought if they built a temple to worship them, maybe they wouldn’t  hurt any more people. Every year, they trapped a crocodile in this well…

…and put him on a pedastal and gave him food, clothes and jewelry.

The ceiling is still intact too, the paint still quite vibrant.

Seeing the temple at night was such a unique experience. The crowds are gone and you can walk around and explore on your own.

When we got back to the boat, we had a party and everyone had to dress up like an Egyptian. There were so many great costumes, but I used what I had and improvised. 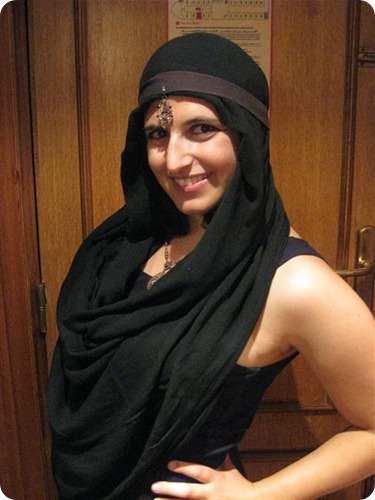 Irving bought a shirt at the Bazaar too. What do you think?

Stay tuned for pictures from Luxor!

And don’t forget to enter the contest here to win a great Egyptian prize!