Tonight, I joined a friend at Pulse Fitness for one of their Tread and Tone classes. 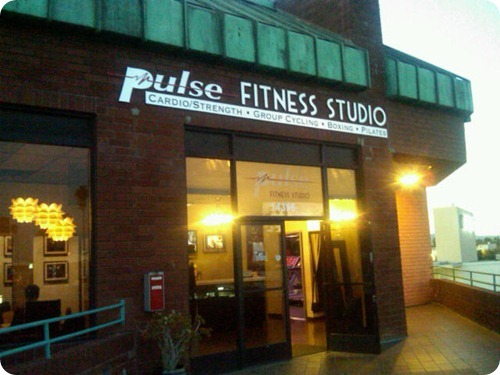 It’s a pretty awesome studio, they have cool decorations all around that totally pump you up. 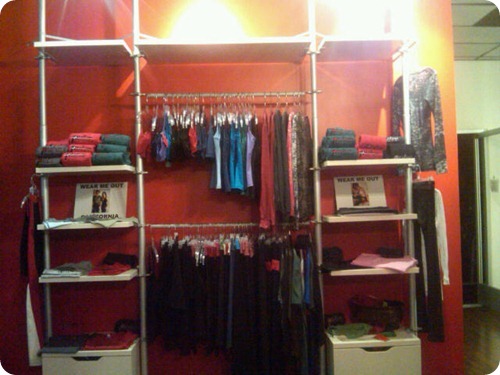 The décor is pretty swanky and chic, even in the bathroom!

Inside, you feel like you’re working out inside of a lava lamp. It’s a little dark, and the lights feel more like a nightclub than a gym.

Before the class, I had a Coconut Larabar (my favorite!)

The class was an hour long, but it flew by. We did 10 minutes on the treadmill, 10 minutes of weights and so on for an hour. I ended up running almost three miles when all was said and done. It was hard! There were lots of sprints and inclines. I did my best, but I couldn’t really keep up.

I almost felt like the class was so hard, it was anti-productive. Obviously I got a great workout, but it was so hard, I quit a few times and just stood there. But I’m pretty sure I’ll still be sore tomorrow anyways. It’s good to switch it up once in a while.

Don’t forget to enter my giveaway to win a workout session with Celebrity Trainer Kathy Kaehler! You have til Monday morning!

Comments Off on Tread and Tone