Last night, we went to a new bar that opened called ‘Tiki No’. It used to be this great hidden bar called ‘Match’ that didn’t even have a sign on the door, you just had to know which door to enter through and it was awesome. But now it’s got a neon sign and flames coming out of the roof, you can’t miss it. 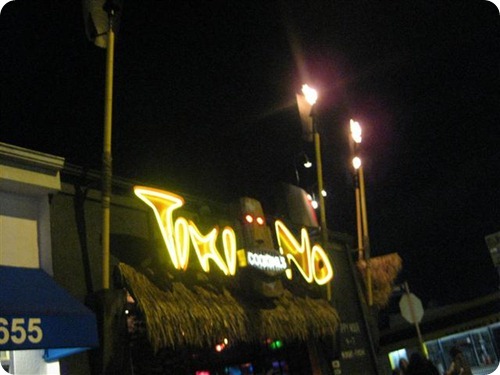 The inside looks like a sunken pirate ship or something. Very cool. But you had to fight  your way to the bar and stalk people sitting at the tables to sit down. 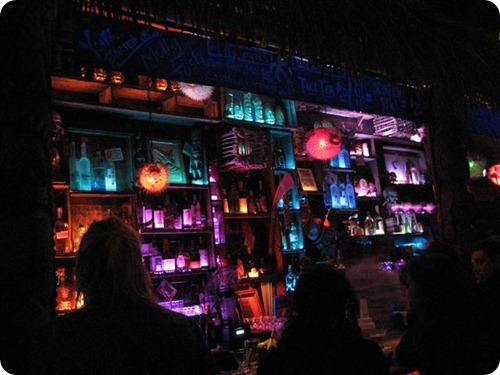 The drinks have a tropical theme. Irving got the Mai Tai and I got the Blue Hawaiian (light on the rum). I also ate the pineapple, are you supposed to do that? Who cares, it was good. 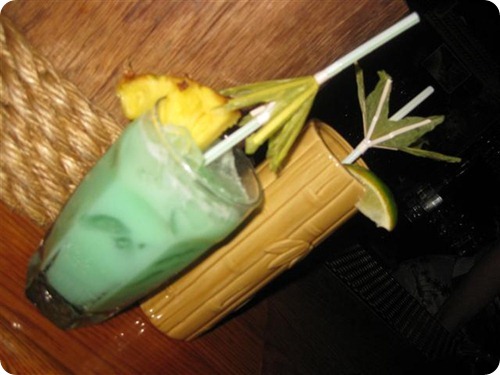 It wasn’t as good as our ‘Blue Lagoon’ drinks from the wedding, but it was close. 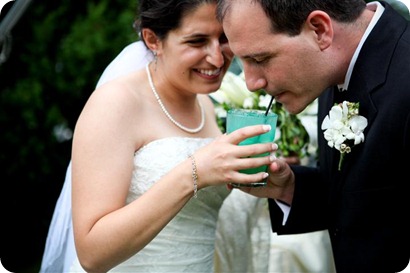 It was a fun night, but we got back home early because I had to be up to go for a RUN! My group headed to Griffith Park today. It was a gorgeous day. Weather was in the 50s, with blue skies. You could see the snow in the mountains too. Because of the construction, our route was cut short and I ended up doing 4.65 miles in an hour. It was a slow jog, and I did 4:2 intervals the whole way. We started at the LA Zoo and headed to Los Feliz Blvd and back. You have to touch the toes of Mr. Griffith before turning around and going back. 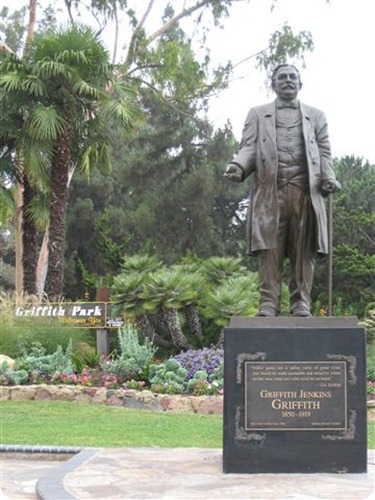 Strangely, I could smell a mix of cotton candy and horse droppings the whole time, it would alternate between the two.
Oh, the joys of running in public parks. Just thought I’d share. 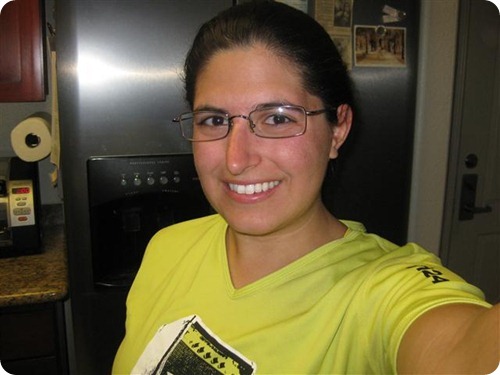 I saw another guy wearing this shirt too! (It was from the 2005 Run Hit Wonder). We both did the head nod and said ‘nice shirt’ to each other. 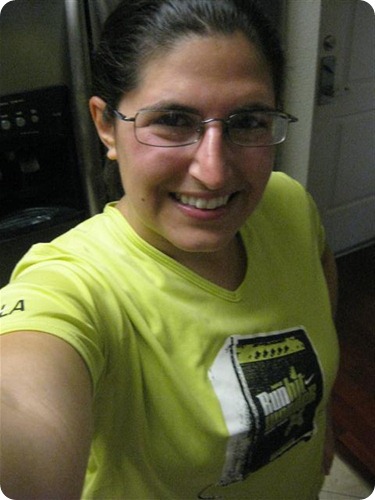 Have a great Sunday! Can’t wait for the Oscars!

One Response to “Touch the Toes and Back…”