Irving and I had all kinds of Sunday plans. We had a to-do list (of course) of fun stuff and some chores stuff. But all of it got de-railed by the rain. We used to always make fun of Los Angeles residents who cancel their plans when it rains (it’s just rain, guys!) But this weekend, we totally became those people.

We scrapped our plans to attend the LA Travel Expo and spent the day in our office rewiring, rearranging and cleaning up our electronics. We’re such nerds, you have no idea. Irving even vacuumed the inside of my computer. If that’s not the dorkiest thing you’ve ever heard, what is? haha 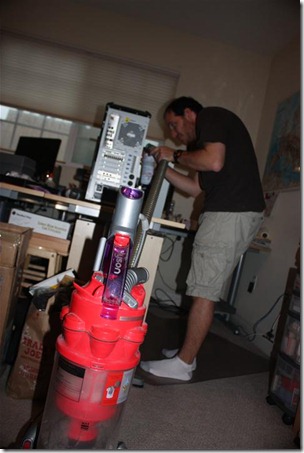 All that geek stuff worked up an appetite and I enthusiastically tore open these new gems from Trader Joes. Dark Chocolate. Vanilla. Caramels.

Irving exclaimed “it’s like three of your favorite things all together!” Yes, husband, you are correct. They were awesome.

Later, we headed down to the South Bay to go see the LA Galaxy home opener game. They were playing the New England Revolution and it’s sort of become a tradition to see the two teams play! 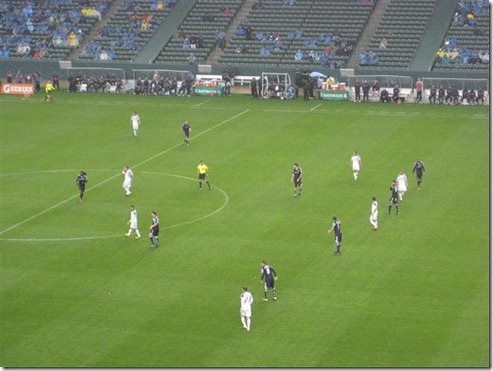 It was POURING out though, they gave everyone ponchos, but just running from the car to the stadium left me soaked to the core. The poncho was no match for the weather today! 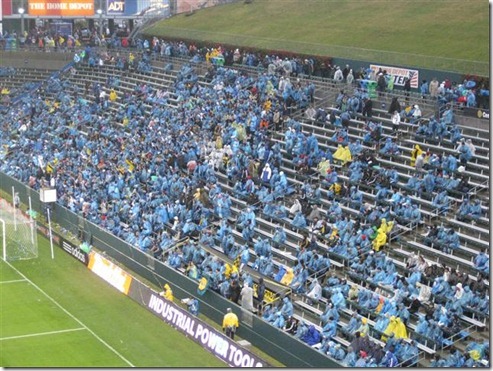 Oh well, we made the most of it, and it actually ended up being a really great game. 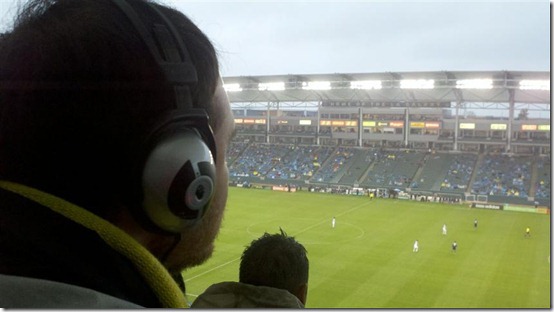 And I spent the entire 90 minutes trying to get a good picture of David Beckham (Priorities!) 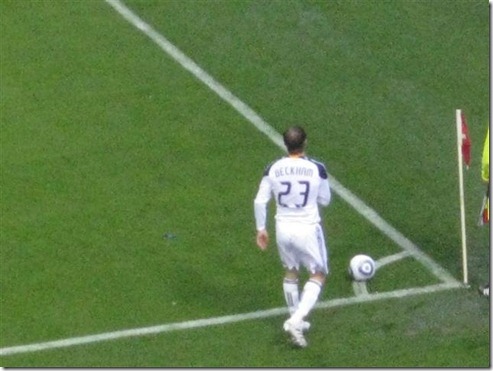 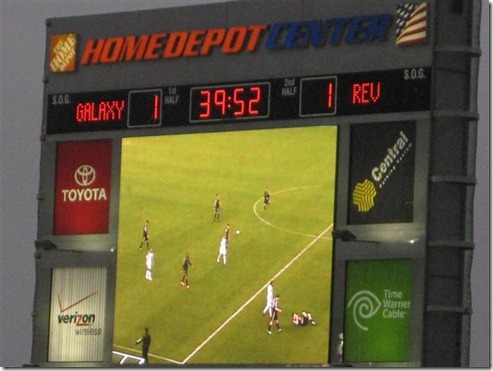 Then it was time to brave the rain again to trek back to the car. My jeans were soaked to the thigh by the time we got there. Gross. 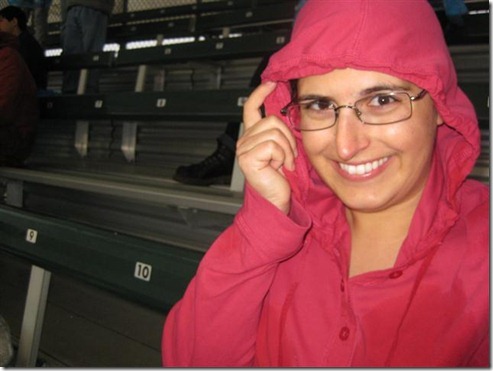 PS… why are my eyes two different sizes there?

Even though we were soaked, my uncle was in town and wanted to go out and do something fun. 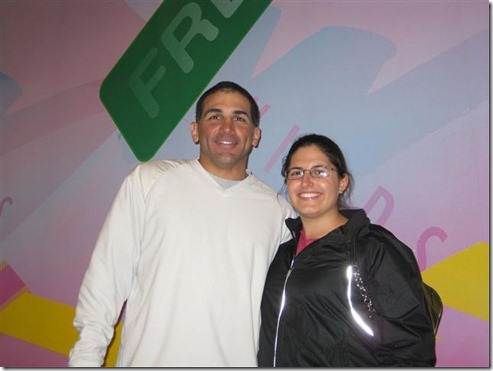 We ended up having dinner at BJs Brewery and it was awesome. I had a great soup/salad combo, but I was totally saving room for the main event: The Pazooki!

A perfect way to end a rainy weekend. Happy Monday everyone!

5 Responses to “Soaked to the Core”