Back before the days of drug wars and Weeds, we bought some extra car insurance and drove down to Mexico for Thanksgiving in 2006. We had four days to explore the area and it actually was a very fun trip. We stayed in the Rosarito Beach Hotel. 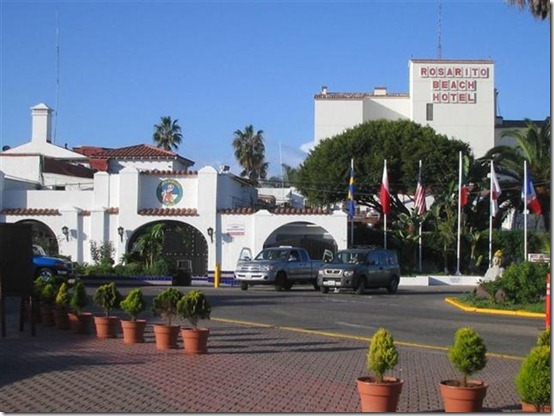 Gosh, we looked so young! 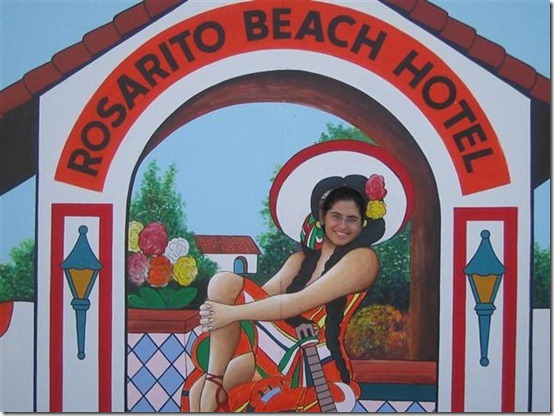 After exploring Rosarito, we headed to Foxploration (Now Baja Studios). I don’t think it’s open to tourists anymore, but the studio is still there. 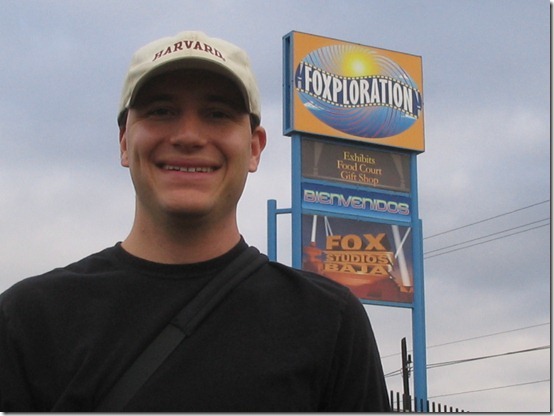 The studios were built for the filming of Titanic and most of the sets are still there. 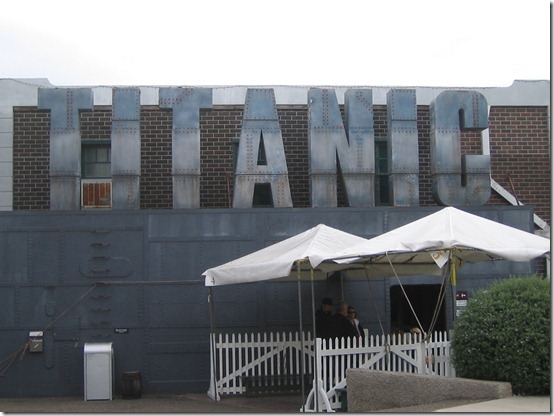 Here are a few highlights from the tour:

The car that Jack and Rose made out in under the ship:

The pipe where Jack was handcuffed while the boat was sinking!

And the desk in the room where Rose ends finding him.

When the ship was sinking, passengers got stuck behind this gate! Luckily Irving was on the right side.

The “Blue Diamond” prop and painting. 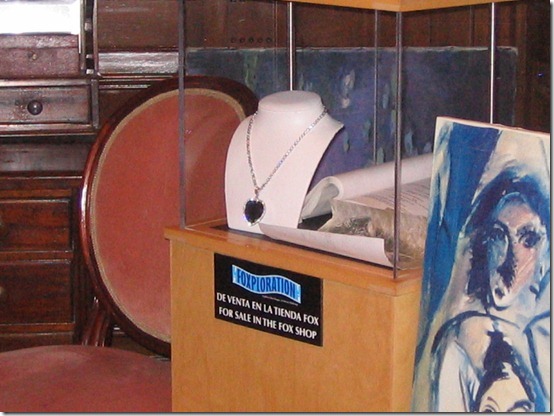 The safe where Rose’s jerk of a husband kept his money. 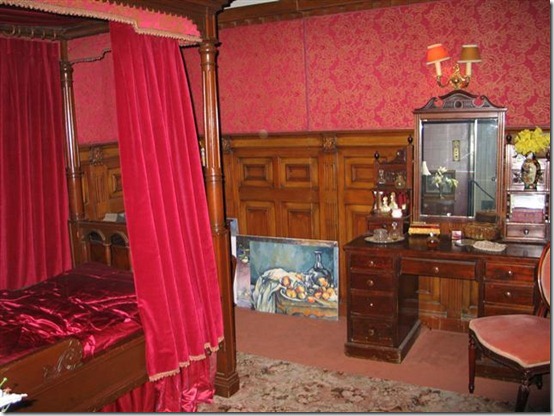 The clock at the top of the grand staircase. 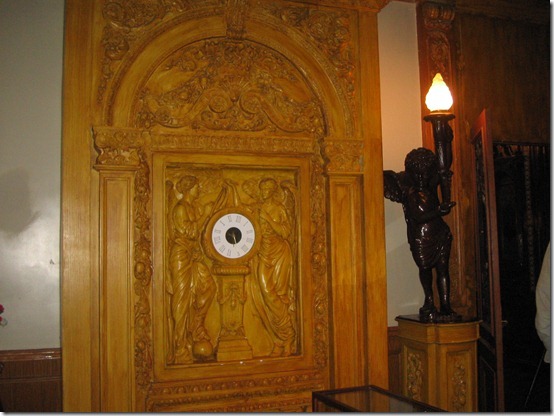 One of the dresses that Kate Winslet wore in the movie. 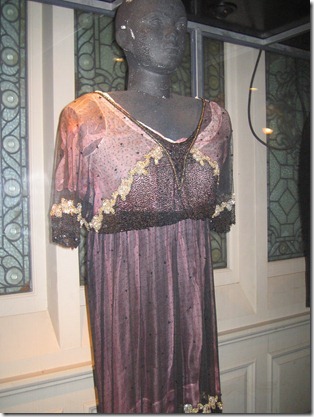 And some of the other costumes from the film.

This is the set for when the morse code guy tries to signal for help! 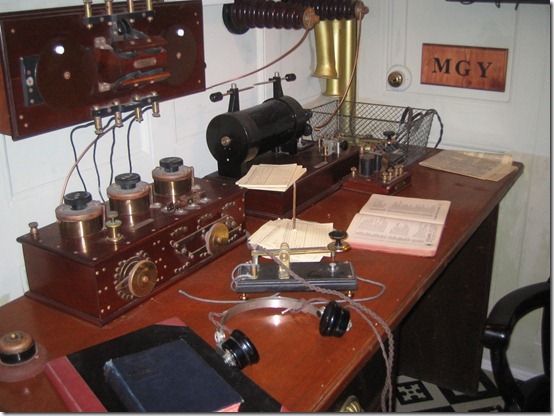 If they’d just let me drive, I wouldn’t have hit that iceberg!

A few of the model ships! 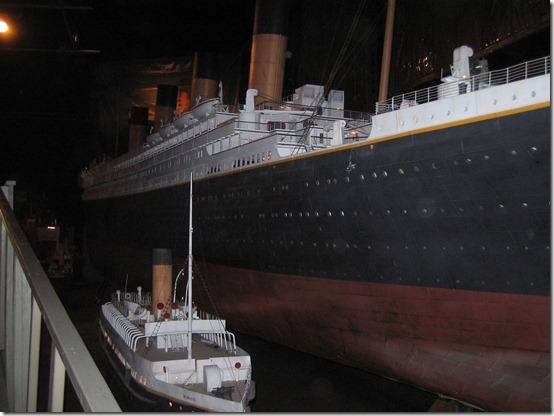 Remember that shot of the Titanic at the “bottom” of the ocean floor? Here is the model they used! 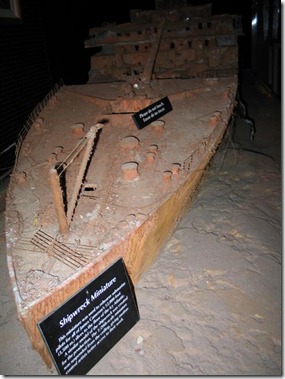 And a small tank they used for some of the exterior shots: 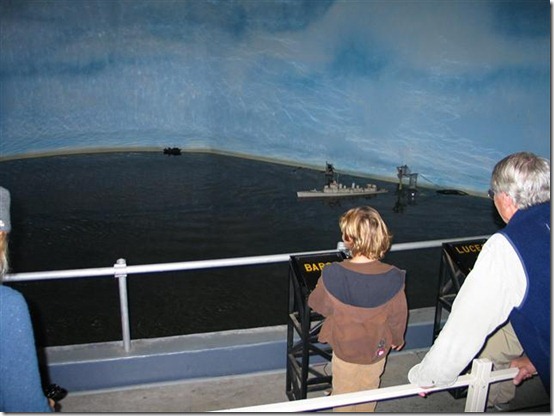 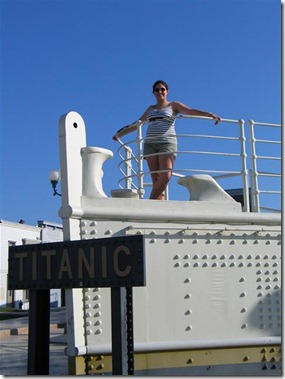 In front is the set that they used to film the famous “never let go” scene! I love the magic of Hollywood.

Remember all those scenes when the ship was turning vertical? Here’s another movie trick they used!

What? More magic you say? Watch us climb a building!

The other really big movie that was shot in these studios was Rome + Juliet which just so happens to be my FAVORITE movie of all time. Look! The license plates from the cars!!

And the dress Juliet wore in the Pool Scene…

Next to it is the shirt that Gregory wore in the gas station scene too.

The cars!!! Remember this from the movie?! 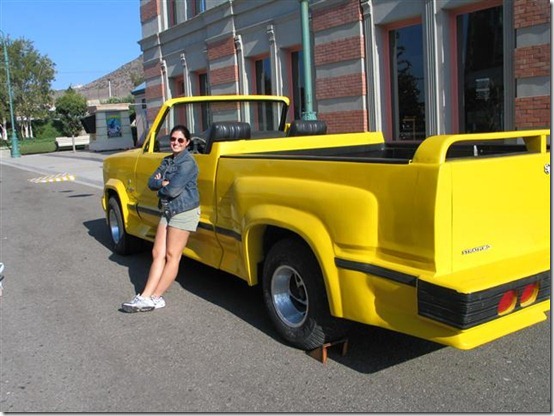 They also had a few ships from Master and Commander to tour as well. I didn’t see the movie, but film sets are fun! 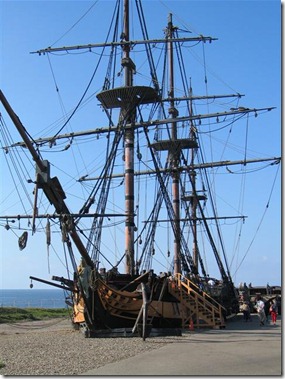 Also on the tour were some props from the movie Speed. 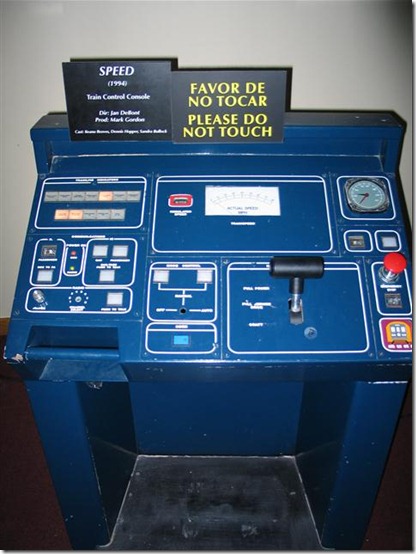 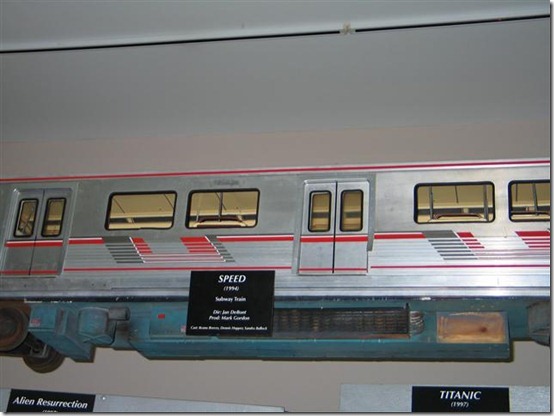 Ok, don’t hate me, but I’m not sure if this is from Star Trek or the X-Files. Any nerds fans know? 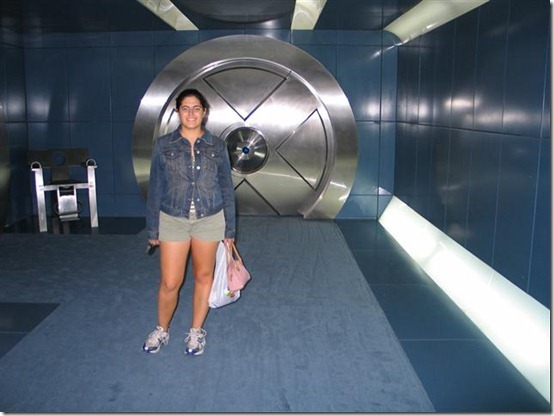 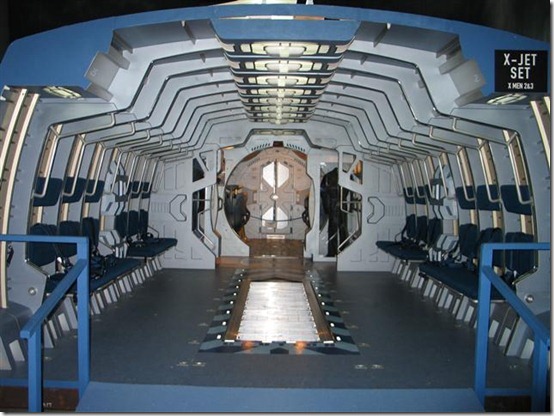 Oh and another random fact… the gate that was used in The Sound of Music in the cemetery scene is there too.

The rest of our Mexican adventure was a blast too. We explored the beaches and the boardwalks for a bit. 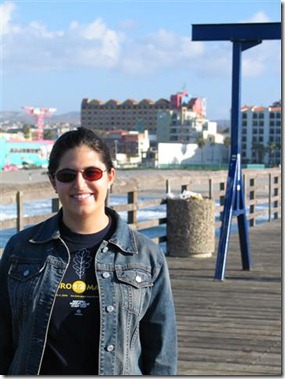 And also made it down for some Wine Tasting in Ensenada. 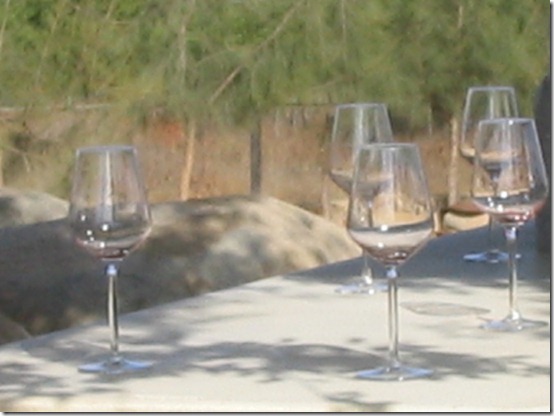 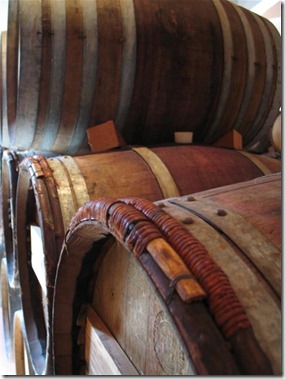 PS. I illegally took this photo of the US/Mexico border markers. Shhh!

I would also like to thank Irving for his mad Spanish skills. He successfully used enough of it to get us out of a ticket for trying to “cut the border crossing line”. Thankfully it worked, but it was a close call.

We had a great time south of the border and hope to do it again someday!

4 Responses to “Flashback: Foxploration, Hollywood South of the Border”