We woke up to a lovely morning in Budapest. After breakfast, we got started right away with a tour of the Parliament Building. One of the benefits of touring with a group is being able to avoid long lines at popular attractions like this one.

The inside is decorated beautifully with lots of gold leaf and granite.

This is the inside of the huge dome that crowns the building. 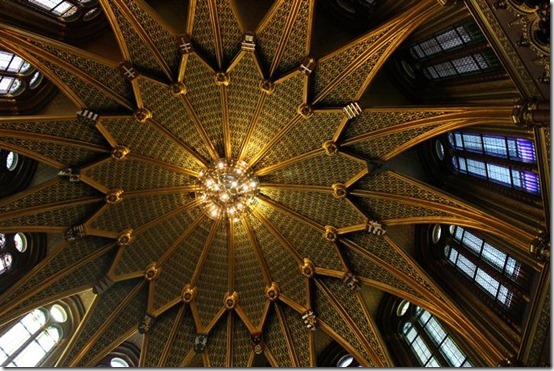 We learned about how the Parliament functions and saw one of the rooms where the government votes on occasion.

Then we walked into the center of town. Just recently they dedicated a monument to Ronald Reagan for the work he did to help communism in the 80s. It made me proud to see an American being celebrated there.

We ended our tour at St. Stephan’s Basilica (or as my tourist map called it: bazilica).

The church itself is really beautiful. I remembered it from when I was there 8 years ago. It’s bright and colorful.

But the highlight is seeing their beloved relic: the forearm of St. Stephan himself. If you put some money in a box, it lights up so you can see it. Kind of creepy and weird, I agree.

We walked down towards the river after to see one of the more somber memorials in Budapest. During World War II, Jews were especially targeted in Hungary. One one very sad day, the Nazis lined up a huge group of them on the river bank and shot them all into the water.

There now stands a long row of copper shoes to represent each of the victims. There were shoes for each of the men, women and children who lost their lives here.

After that, we took our time reflecting on the horrors that occurred here just decades before.

After a bit of walking, we were ready for lunch.

I felt like I hadn’t had vegetables in a while and opted for a nice simple salad. It was so good! Guess my body needed that!

From there, we walked to find the 2nd largest synagogue in the world (the 1st largest is in New York City). 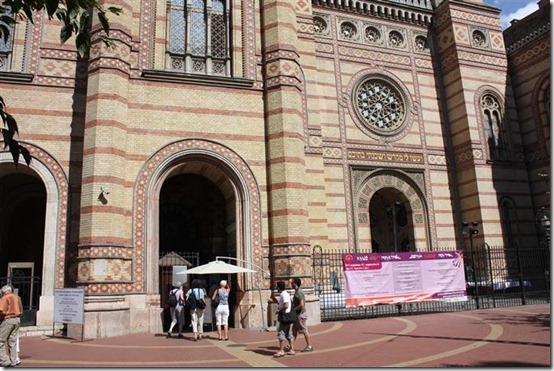 Around the back is an impressive monument to commemorate each of the Jews from Budapest who lost their lives during World War II. This tree looks like a weeping willow and also an upside down menorah. Each ‘leaf’ of the tree has a person’s name engraved on it.

Next we walked over to the Museum of Terror.

It was used during WWII by the Nazis, then by the Hungarian Red Cross militia and finally by the communists to torture and kill people who were thought to be enemies of the regimes.

Hundreds of innocent people lost their lives in the basement of this building. 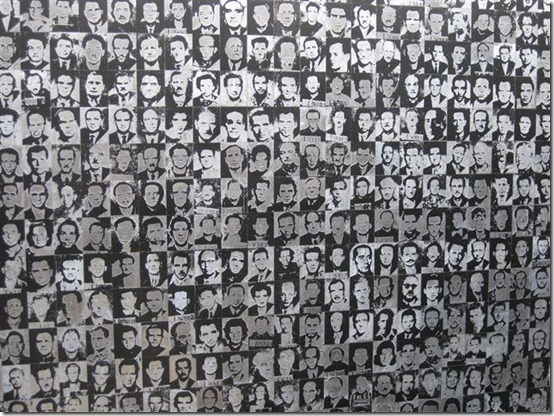 The upper floors house exhibits about Hungary’s history from WWII through the Cold War. The plaques were in Hungarian, but they had English pamphlets in each room. They also had an audio tour that I’m sure would have been really great. We wished we had done that.

The basement of the building is where they housed the prisoners in gross, inhumane cells meant to torture. Nearly all of them were eventually executed and only a handful of agents responsible were ever brought to justice. This is a definite must see if you’re visiting Budapest. 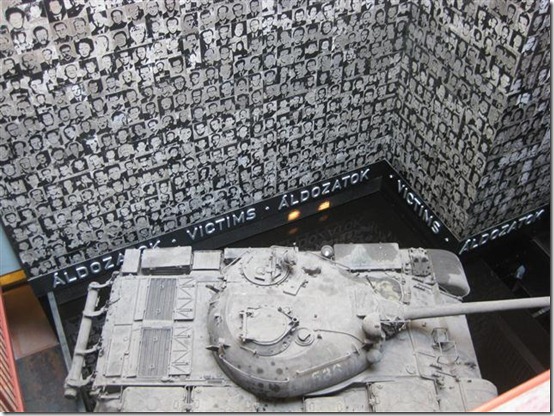 Contiki gave us all an unlimited metro ticket that gave us free transportation all over the city, so we took the subway from there and went up to a park about a mile up.

I laughed so hard when I saw the ticket validation box in the station. When I was in Budapest in 2003, I arrived at night with a college friend and bought a bunch of subway tickets to use throughout our weekend. I innocently forgot to validate my ticket in one of these boxes and subsequently got fined a lot of money when I got caught by a police man. So I’ve officially come back to Budapest to conquer that orange box and let the city redeem itself to me. Fortunately it did, it was one of the best parts of our trip.

We walked all over the park and were impressed by how big and how clean it was. 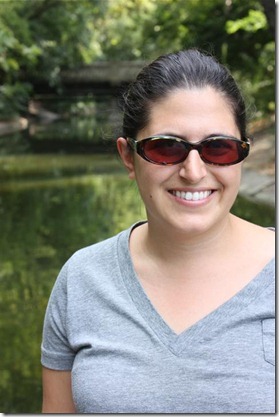 After that, we found out that was a Hungary/Sweden soccer game at the stadium that night so we walked over there to try and get tickets. We walked around that whole dang park for TWO hours looking for the ticket windows before finally surrendering empty handed. By then we had walked about 14 miles and headed back to the hotel to grab a nap before dinner. My feet were KILLING me!

Dinner was on our own and we just decided to walk til we found something good. We found a hopping street close by with tons of options.

We watched most of the soccer game and continued on to explore the city again at night. We walked over the Chain Bridge to view the Elizabeth Bridge (named after the famous Princess Elizabeth from Vienna… Austria ruled Hungary back then so she came to Budapest quite often). 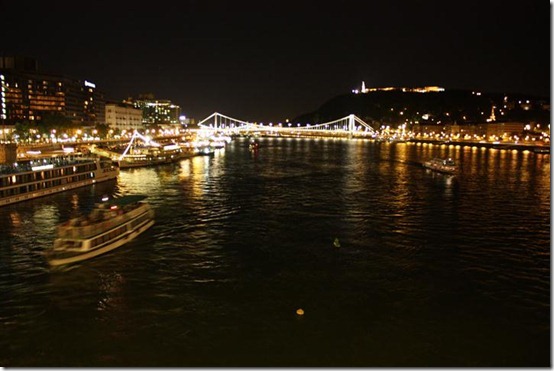 Once on the other side, we walked in the direction of the Parliament to get one last view of the glowing building.

We laughed when we saw this Trafalgar Bus parked in front. Once we get too old for Contiki, that will be our tour someday! (Contiki is just for 18-35 year olds).

In all, we covered 17 miles on foot that day. Guess it’s good training for the half marathon I have coming up in October!

One Response to “17-Mile Walk around Budapest”