This past weekend was the baby’s SECOND trip to Las Vegas in utero! (The first was back in December!)

We went to meet up with Irving’s Aunt, Uncle and Grandmother and do a bit of relaxing too! The temperatures peaked at 100*, so we stayed in as much as possible. My goals for the weekend were to avoid the sun & heat… and stay away from the casinos (didn’t want to be breathing in smoke at 8 months pregnant, ick). We didn’t have much on our agenda, and my only request was to take pictures in front of the famous “Welcome to Las Vegas” sign. I’ve been to Sin City probably 15 times or so and I’ve NEVER seen the sign!!

I was so excited to see it in person and take a few pictures. It was SO worth it!

Thanks to the nice Aussies who took this picture for us! 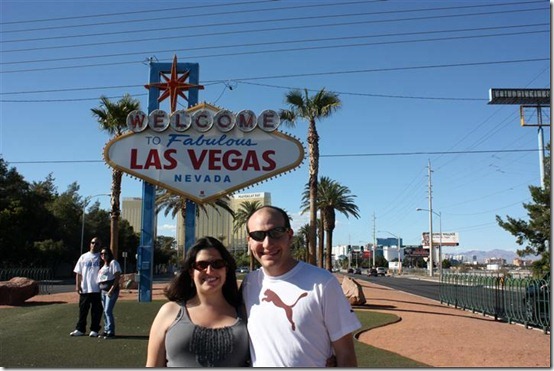 We stayed one night in the Polo Towers, which was very comfortable and nice. But the highlight for SURE was our second night in the new Elara Hotel (owned by Hilton). Oh. My. Gosh. I thought the Encore by Wynn was the nicest hotel I’ve ever stayed in, but this one takes the cake.

The décor was ‘Hollywood Chic’ and it was incredible.

The views weren’t that bad either! We could see MGM, New York New York and the Mirage from our room!

We were invited to share a 2-bedroom suite with Jake and Janie and the living area in between the two was HUGE! The pictures don’t do it justice. 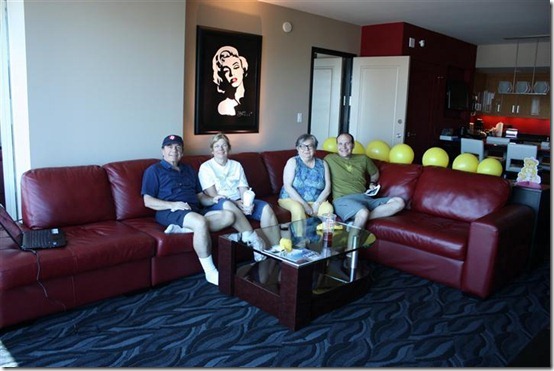 When we woke up on Sunday morning, we found that they had decorated the room for a Vegas-Style baby shower! How Cute!!!

The theme went right along with our shower last week! Tiny Traveler!

It was so cute, we were really touched by it. So many people already love our baby so much.

See that huge window in the room?

The views of the strip were incredible from there… but more impressive for Irving was the huge automatic screen that comes down to cover it. Each room had a projector, which made for optimal soccer game viewing.

We had some nice meals out, played a few rounds of Bananagrams and enjoyed the time with family. It was such a nice weekend and were so thankful to be able to spend it with these special people. Thank you!

Next time we’re back in Vegas, we’ll have a baby in tow! Can’t wait! 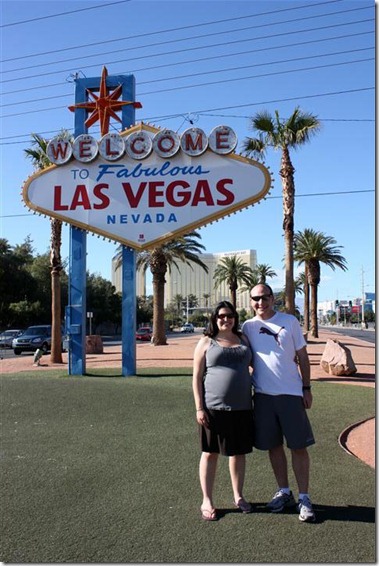 6 Responses to “Baby Does Las Vegas”