The breakfast we had in Shanghai…. oh, it was good. SO GOOD. A mix of East and West. Nothing like starting your day with sautéed snap peas, cabbage and noodles! With a side of donuts, watermelon and potatoes. Seriously, why doesn’t the western world start their day with veggies?! I need to start doing that more, I felt great all day!

We started our day at the Tian Hou Silk factory. Another one of those ‘forced shopping excursions’ that I really wish they’d take out of these itineraries. (My only complaint, Contiki!) 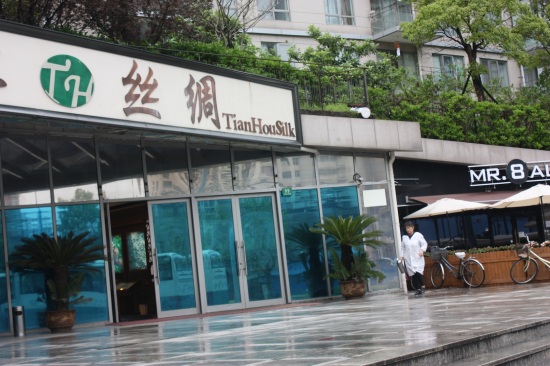 They gave us a demonstration about how they make silk (from silk worms all the way to the final product).

Now, let’s go see some of Shanghai! (PS. we were so impressed that they use real bamboo as scaffolding on all their construction sites around China! Impessive!) 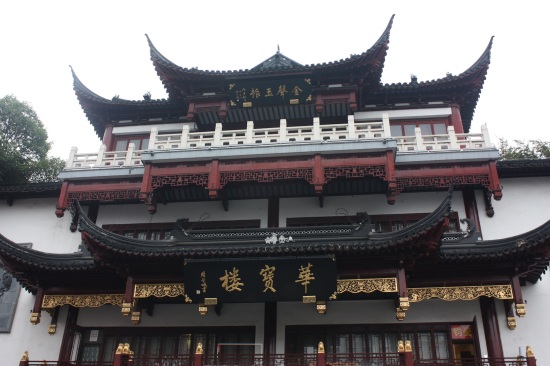 Linda, our local guide, led us to the old section of Shanghai where we explored Yu Garden. (Follow that giraffe!)

The gardens were stunning (even in the rain!) So picturesque! 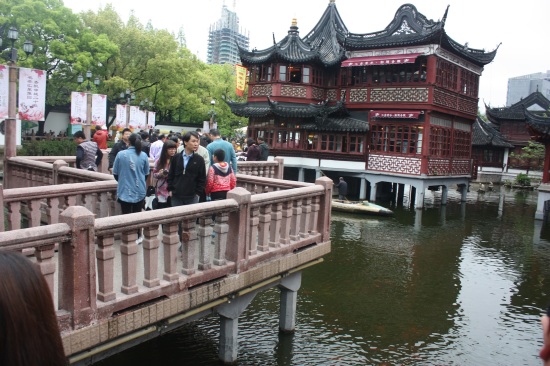 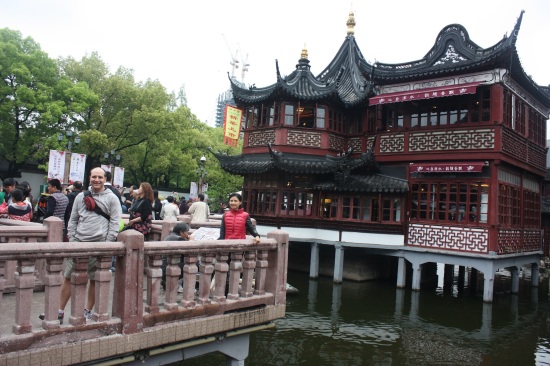 We paid a small fee to go further inside the gardens, and it was SO worth it! We wandered around, got lost, kept walking and enjoyed all the hidden gems inside. It really felt relaxing and zen! 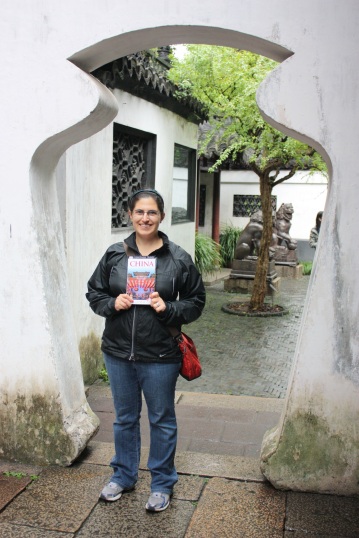 Isn’t it crazy this oasis exists in the middle of the world’s biggest city? 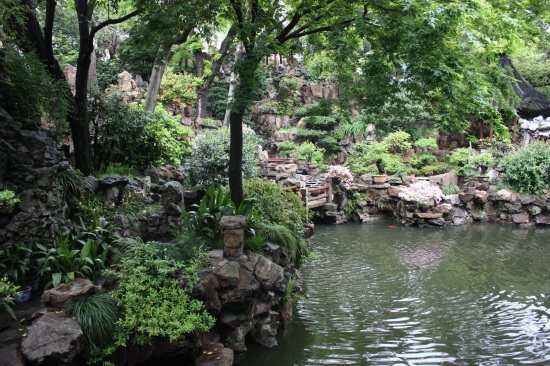 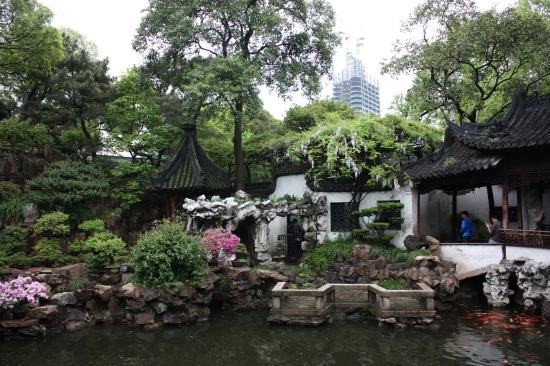 Seriously one beautiful thing after another! 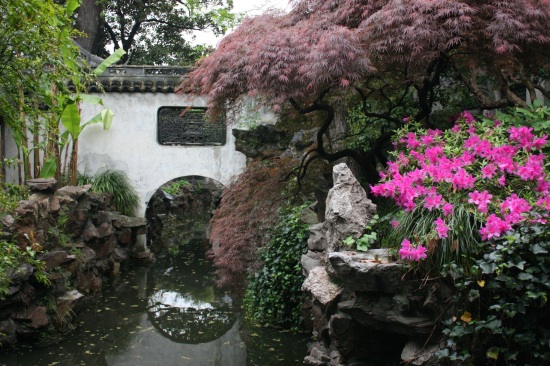 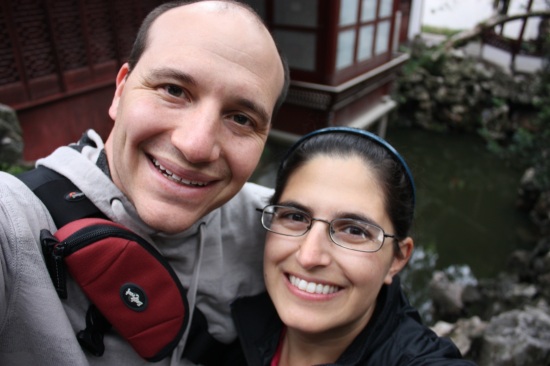 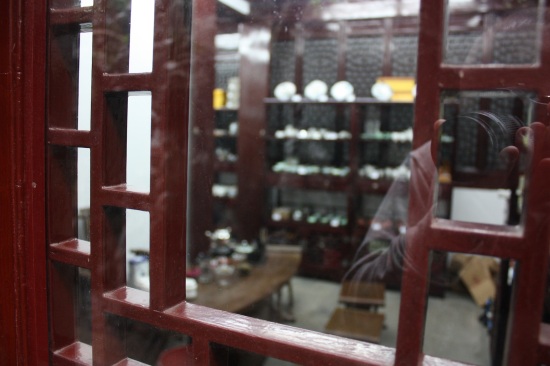 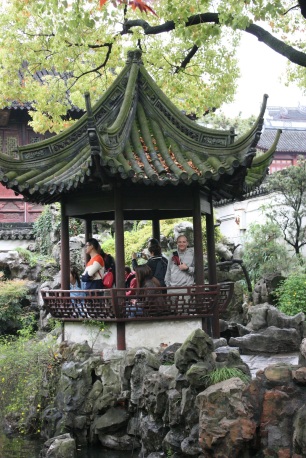 I kept feeling like I was on Amazing Race. If there was a clue hidden in there, we’d never be able to find it! It’s a maze!

After getting frustrated briefly because we couldn’t find our way out (haha! I’d never survive one episode on Amazing Race!) we finally did and took shelter in a Starbucks to wait out the rain until we could get back on the bus. I greatly enjoyed my overpriced american coffee. 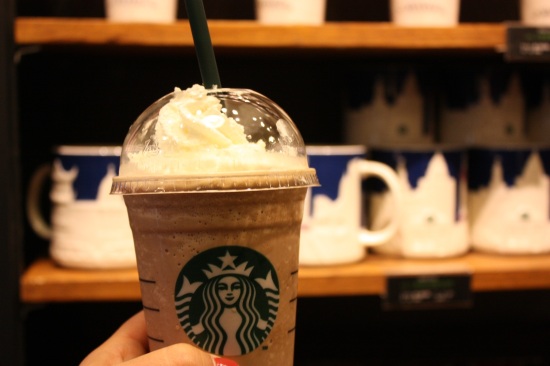 This was our only full day in Shanghai, and we had some free time in the afternoon, so we came up with a plan to hit as much as we could. First stop was the Oriental Pearl (the TV Tower) where we visited the Shanghai Museum. It seemed more geared towards kids, but we walked through quickly and learned a few things about the history of the city.

The life-like animated people reminded us of the museum we visited in Iceland… ironically enough, also located in a building called “The Pearl”! 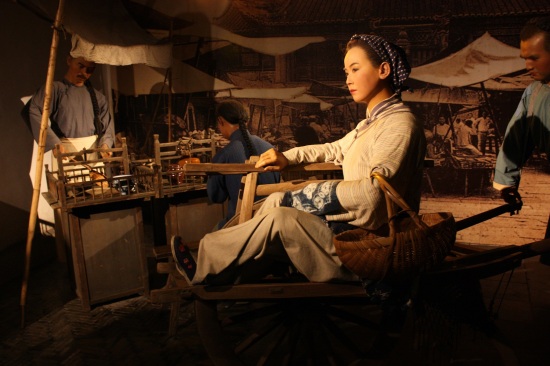 haha, they even had a display highlighting a Soy Sauce and Pickle Shop.

Haha, Irving’s on TV! So I guess the museum is actually geared towards kids— and HUSBANDS. He loved it! 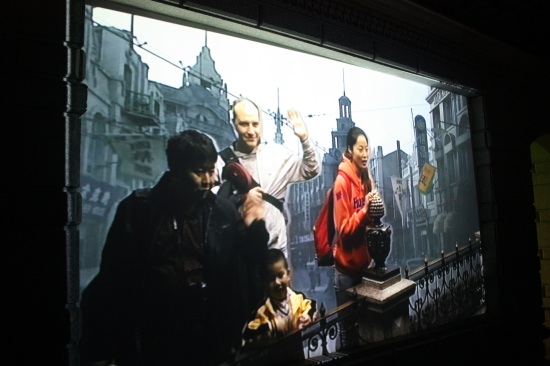 When we were done, we grabbed a quick bite to eat (chocolate croissants from a french bakery nearby), and jumped on the subway for our next adventure… riding the Maglev! 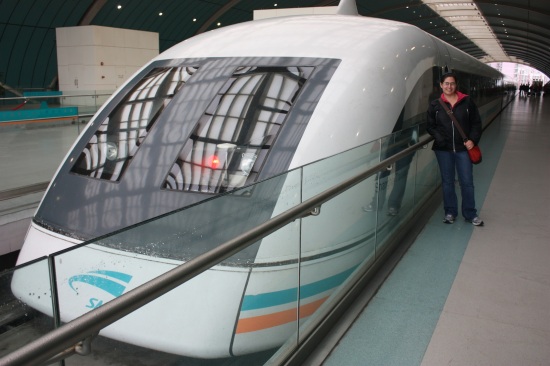 The Maglev is the fastest train in the world! It takes passengers from downtown Shanghai to the airport in just EIGHT minutes! It tops out at 431km/hour (or 267 miles/hour). We bought a ticket to ride it to the airport and back!

It was fun to watch the numbers tick up the faster we went! (I have a video coming soon of it in motion!) 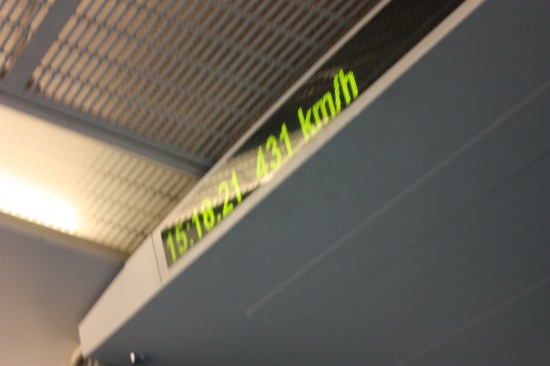 This is what the world looks like when you ride! (ok, maybe not quite so dramatic. It actually didn’t feel as fast as it actually was. It was a smooth ride!)

We were beaten down by all the rain, and hungry and tired by this point… We made another unfortunate decision to grab some Micky D’s fries to tide us over. 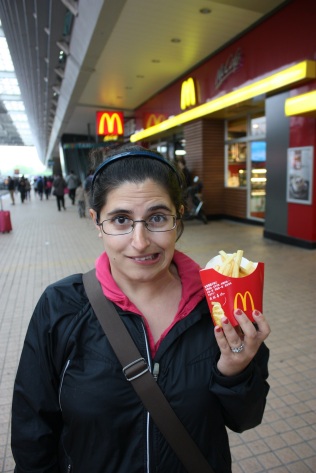 I think this is my favorite picture of the whole trip. I am THAT tourist. Always with a tour book and a map in my hand. Irving thinks he’s funny taking a picture of me looking like a tourist… but he’s the one with the backpack and huge camera around his neck taking said picture. We make a great team.

We made our way back to our hotel on our own (I had our hotel names written out in Chinese before we left on the trip, so I could easily ask for directions everywhere we went!) We changed quickly and then headed out for the evening! We had tickets to see the Shanghai Acrobats that night, and we grabbed dinner at restaurants around there first.

A nice salad for me (to balance out those fries!)

And a burger for the husband.

And then it was time for the show! We loved it! It was a less polished version of a Cirque du Solei show, but that actually made it more exciting to watch. The performers missed their marks a couple of times, but that made you realize how real it was. It made us respect the art a little bit more because you see how hard it is! A fun night for sure!

The show started 12 minutes AHEAD of time, so half the audience wasn’t even seated yet when it began! I’ve never seen that happen before. haha There were all kinds of strange social norms we noticed in China. That’s what makes traveling so fun, observing cultures in different environments. It was a fun night.

As soon as the show was over, we knew we wanted to try to catch the Shanghai Light Show on the water. It was cutting it close, but we decided to risk taking public transportation down there thinking it might be faster than taking our tour bus + cab there. It was a fun experiment, but we got there at the same time as everyone else, so it was a draw. We later found out the show had ended a half hour earlier, we wouldn’t have made it anyways. Bummer!!! 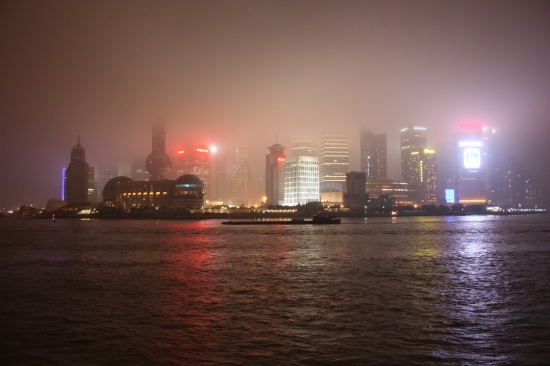 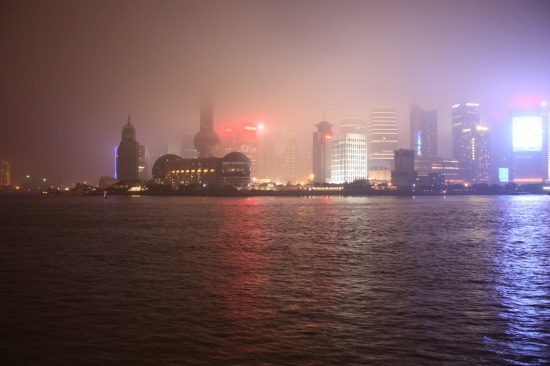 And it was still raining and foggy, it just wasn’t meant to be this time. We took in some of the sights anyways before heading off to bed. 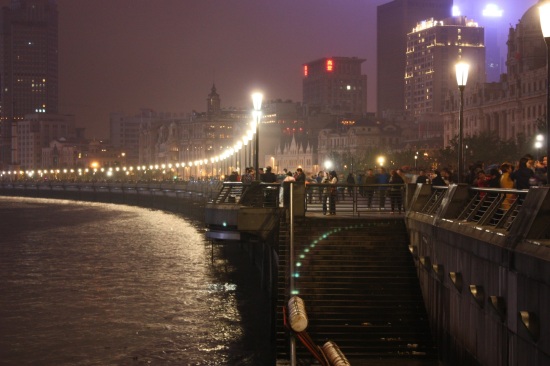 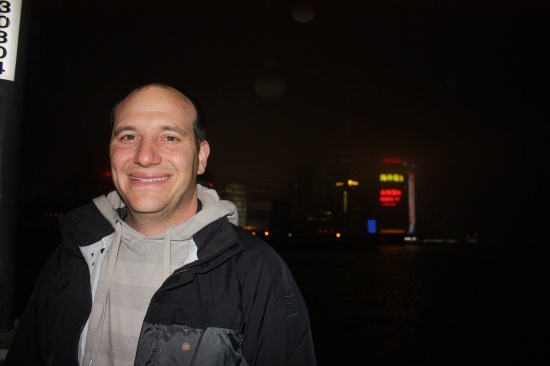 I’ll be back again someday, Shanghai. Leave those lights on for me!

Comments Off on Samplings of Shanghai