We dedicated a full day to the Aquaventure Waterpark at Atlantis. I had been to Atlantis in the Bahamas and I knew we would both love to do it together. Atlantis Dubai is on the tip of the ‘Palm Island’ (the manmade islands shaped like a palm tree). 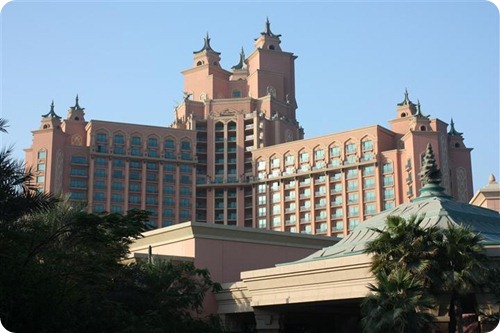 Irving was the Ultimate Tourist. HAHA

On the other side of Atlantis is the Arabian Gulf (or Persian Gulf). It was really pretty.

We arrived three full hours before the park opened. We thought that we could walk around the grounds and take pictures, but this wasn’t really the case. We had to beg our way into the hotel so we didn’t have to wait outside. We passed the time looking at the giant aquarium inside. 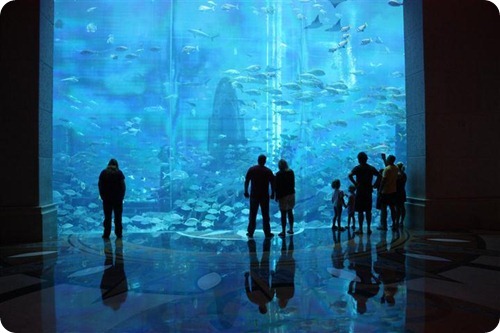 We also finagled our way into the hotel lobby (which is supposed to be for hotel guests only).

There was a gorgeous Chuli sculpture in the middle. I think the Bahamas Atlantis had one as well. 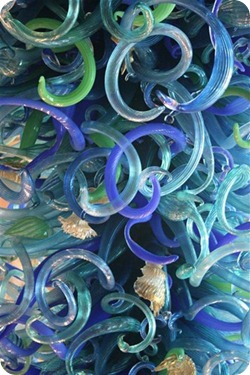 We still had a couple of hours to kill, so we had a leisurely breakfast in a café overlooking the hotel pools. 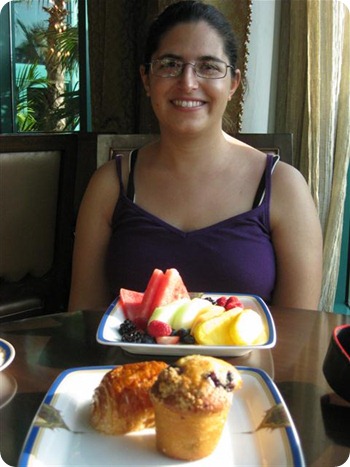 Finally it was time to buy our wristbands and get into the park! The bands have a computer chip in them that you connect to your credit card and you can use it to unlock the lockers, and buy food and drinks. cool, huh?

Our first stop was the beautiful white beaches along the gulf. 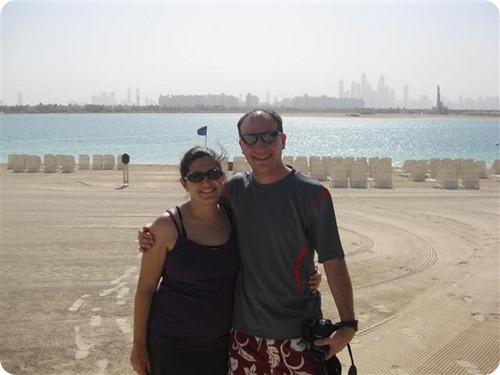 I remember learning about “The Gulf” in school, and it was so cool to actually be there and put your toes in the water. Or jump right in! 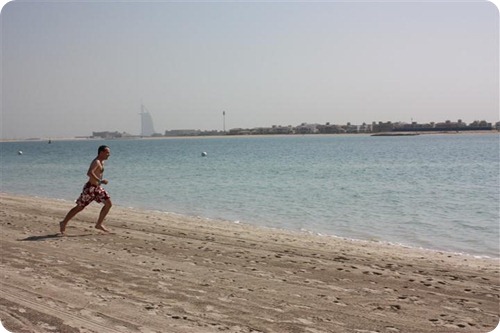 You can see the Dubai skyline from the beach. Just gorgeous.The land in the foreground is one of the ‘palm island’ leaves.

Then we headed to Aquaventure.

We started out on the lazy river to get a lay of the land. It takes you around the park on an innertube. 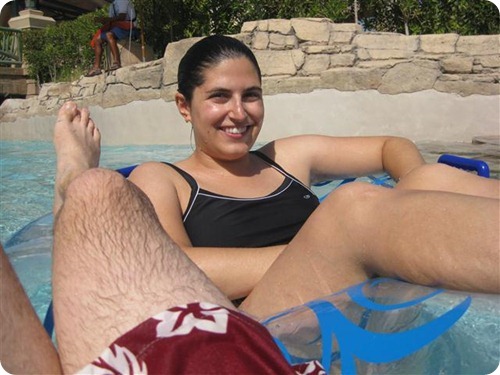 The coolest part about Atlantis are the Water Coasters. They are actual waterslides but they have jet propulsion that shoot you down AND up like a waterslide! And you don’t ever have to get out of your tube to get to the top. There is a conveyor belt that takes you up automatically! 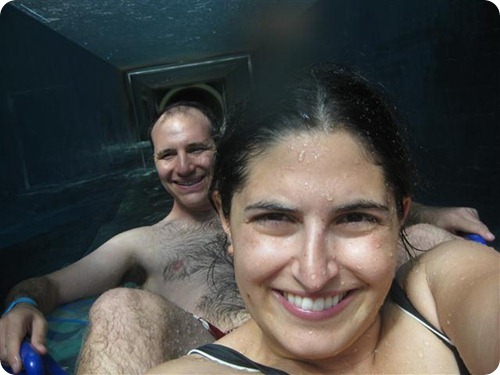 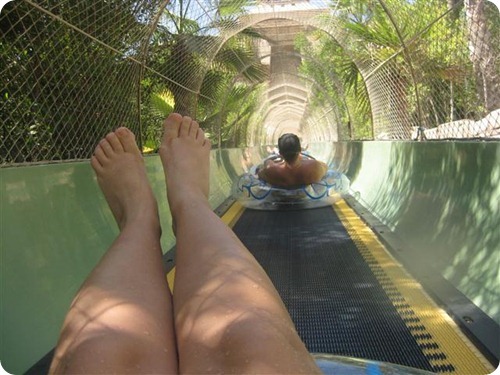 After doing a few coasters, we had lunch… mmm burgers!

Then it was time for Irving to try the leap of faith!! This is a huge freefall slide that ends inside a shark tank (protected by acrylic). It was made popular in a season of “The Amazing Race”. A girl was too afraid to go down and it they got eliminated because of it! I did the slide in the Bahamas, but I was too chicken to go down again here. Irving was brave and went straight down!

Then we did a little more of the lazy river, this time we tried the rapids! 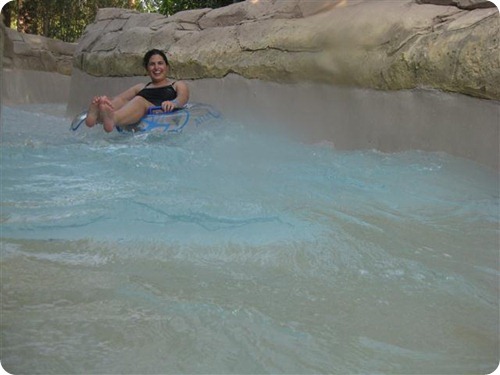 We did a few more slides and then ended the day swimming again in the Gulf. Behind Irving is the famous Burj Hotel (the world’s only 7-star hotel…the one Tiger Woods hit the golf ball off of). 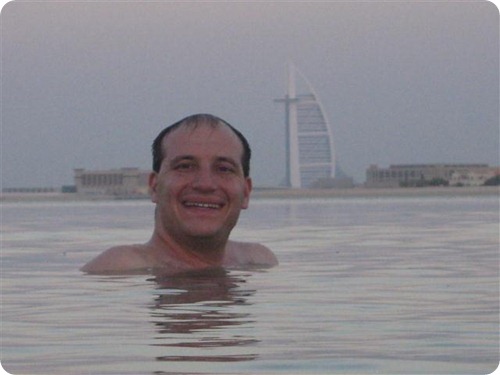 As the sun set, we could see the Burj Khalifa in the background. the sun was hitting the windows and all you could see was the sun’s reflection!

After that, we spent an hour or so in the “Lost Chambers”. This is the aquarium in Atlantis that is set up like a giant ship wreck. They have a decent collection of strange fish.

These guys were HUGE! Almost as big as me! 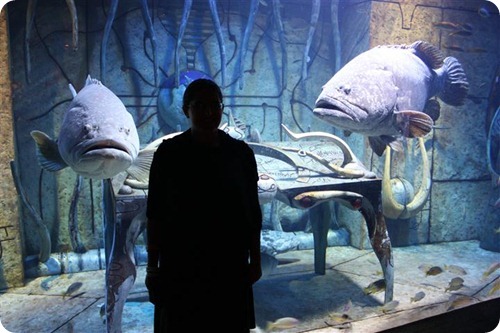 By the end, we were fried and headed back to our hotel. Another fabulous day in Dubai.

5 Responses to “The Lost World of Atlantis!”