Irving and I won’t see each other much for the next two weeks, so we decided to make tonight special and go on a date. We’ve been married for almost two years, but I still like to go out on dates once in a while. I even made Irving open my car door for me <— That makes it officially a date.

I even got all fancy and put fake silver earrings on. I go on dates in STYLE, people. 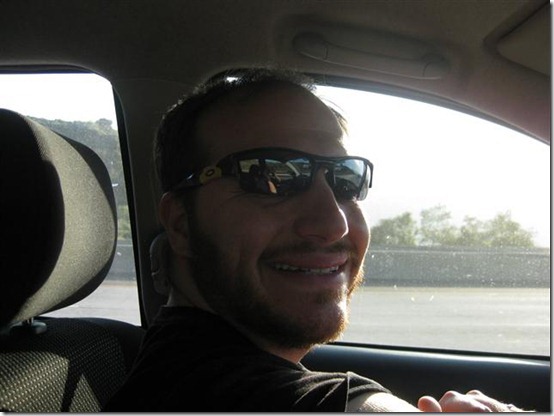 We headed over to Montrose, which is a cute little neighborhood off the least used highway in California. Seriously, there is never any traffic on the 2. Gorgeous!

Our destination was The Black Cow Café. We’ve had a coupon for ages and decided it was about time to use it. (We are not ashamed!) 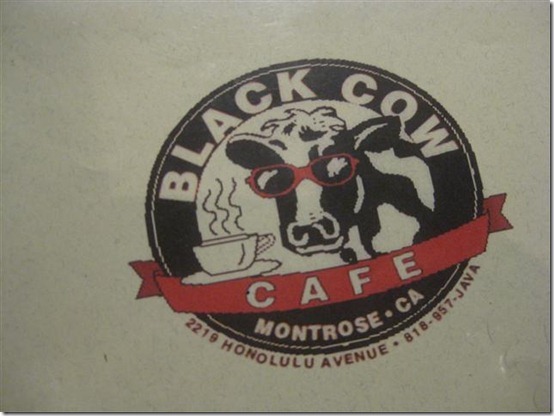 This place was AWESOME! It felt like a restaurant straight out of a movie. You could totally picture two random strangers bumping into each other here and sipping coffee for hours (they hand drip all their coffee!) It was so cute and everyone seemed to know everyone else.

Right when we sat down, we were presented with some Ah-Mazing bread. It was doughy and had the most delicious seasonings on it. (We even asked for seconds).

Our waiter, Victor, was probably the best waiter I’ve ever had in my life. He was funny, to the point, and offered great suggestions. I ordered the Black Bean burger. He asked what I’d like on the side: “Fries, Soup, Caesar Salad or House Salad”. I told him caesar salad. He shook his head and said “nope, go with the house salad, you will love it”. Ok house salad it is! 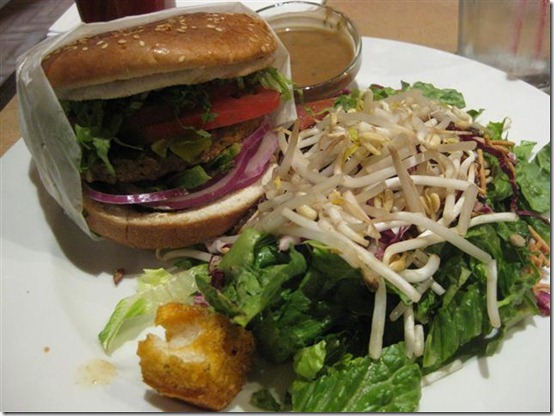 Victor, you were right, it was epic. It had sprouts, rasins, sunflower seeds, chinese noodles. And the dressing. Oh, the dressing. They make them all in house. Perfection.

The burger was great too. I don’t order veggie burgers often (ok, this was my first time EVER ordering a veggie burger), but it was really great. It tasted like a falafel.

Irving got the meatloaf sandwich that he devoured in about 15 seconds. Victor brought him ranch to dip his fries in and instructed him to mix some hot sauce in it. Well when he walked by and noticed Irving hadn’t mixed the hot sauce in it yet, he gave him a stern look and Irving got scared and mixed it in. You should have seen Irving’s face light up when he tasted it. He declared it “out of this world”. Yea. We’re going back to this place for SURE.

Then we took our party to Pasadena where we walked around a little bit. Our first stop was Distant Lands (our favorite travel book store in Los Angeles). We were on a mission to find a travel book for our trip to Europe. We LOVE the DK Eyewitness series, so we quickly found what we were looking for. We bought the Eastern Europe book. I’m so excited to read through it!

They probably thought I was weird, but I was so excited to take a picture in front of their bookcases.
Travel + Books = LOVE!

After walking around Pasadena a bit more, we headed back home. Date night was a success.

Any suggestions for things to do/see in Germany?

2 Responses to “Bean Burgers & A Bookstore”