We slept really well, as we usually do in Vegas (those room darkening blinds will get you every time!)

Poor Irving was dealing with a gnarly cold while we were there. But we came prepared. 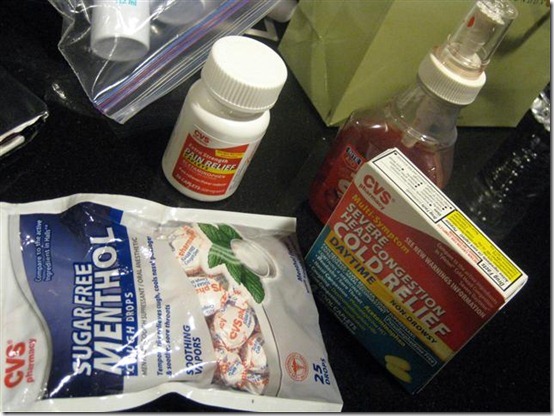 He was a trooper though. I told him that I had a solution to all of his problems:

I mean, there isn’t much in life that munchins can’t fix, right?
I asked for ONE munchkin and she gave me FOUR! 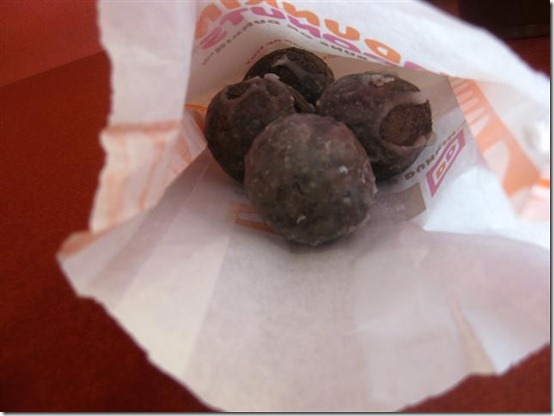 Ohhh, how I miss Dunkins! Then we got in the car and headed back over to the Wynn. 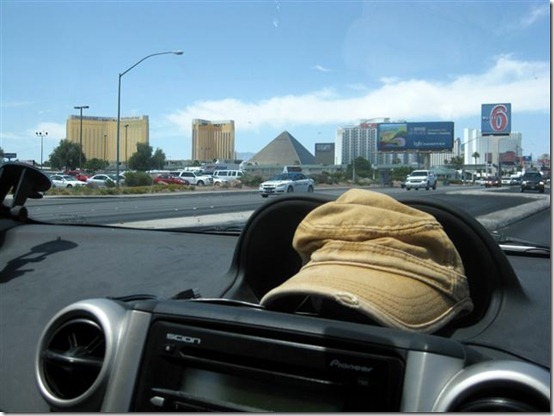 Vegas is full of strange things. Here’s the Palace Station Casino (where OJ simpson got arrested!) 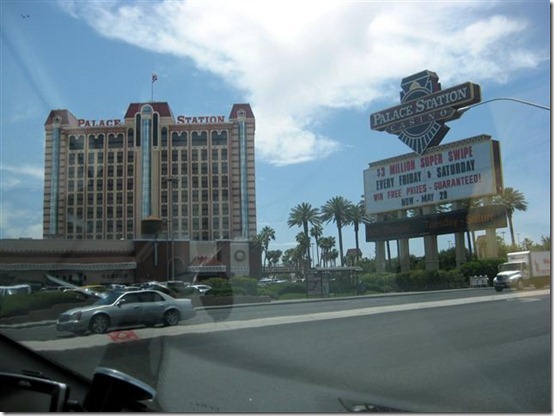 And the Sahara Hotel is closed! So sad! Another one bites the (desert) dust.

We didn’t have any real plans for the day, but they suggested a hike in Red Rock Canyon! I’d never been either, so we seized the opportunity!

Just a half hour drive from the strip, and we were there!

I just don’t understand why they call it Red Rock Canyon! 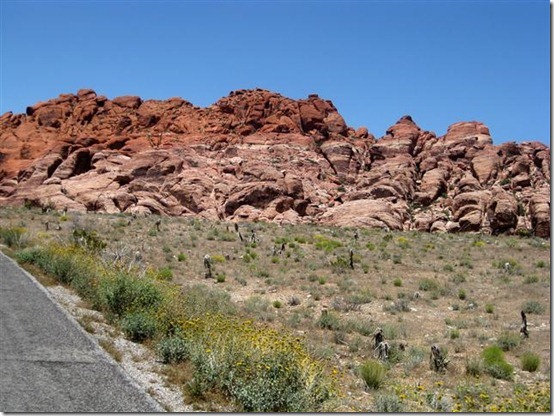 We’re so lucky to have such gorgeous landscapes in our country. I’m really glad we got to see this! 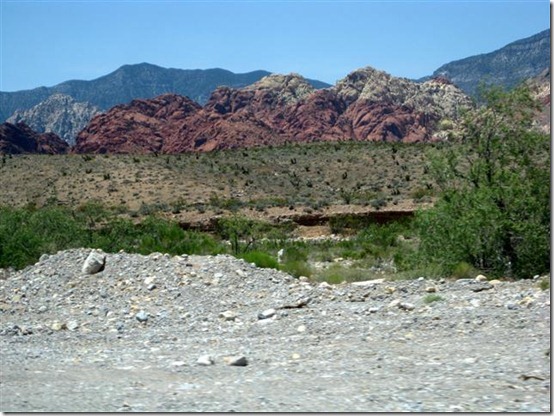 We started at the visitor’s center and learned a little bit about the area.

And have a little fun… 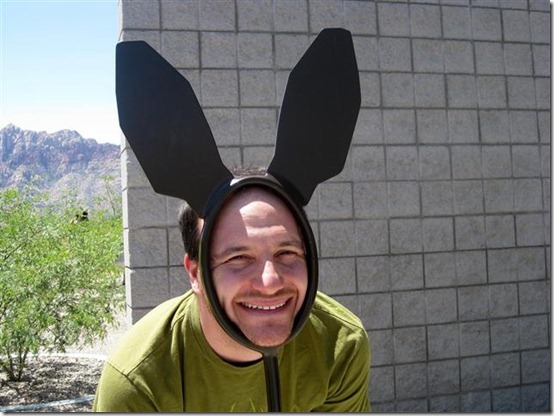 Check out this stitch that I made! This was five photos I stitched into one! (Click to enlarge!)

There is a 13 mile scenic loop and all along the way, you can pull over and hike. It’s a great set up! 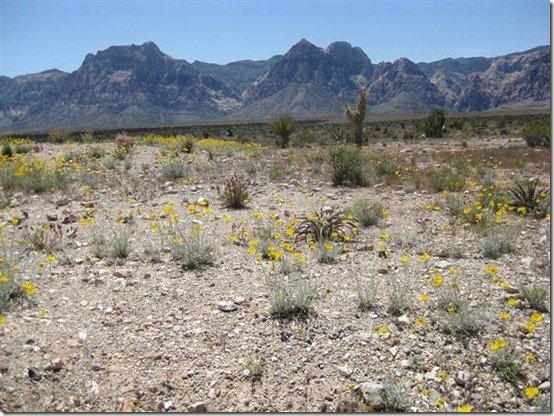 Everyone climbed up to see the cliffs below… 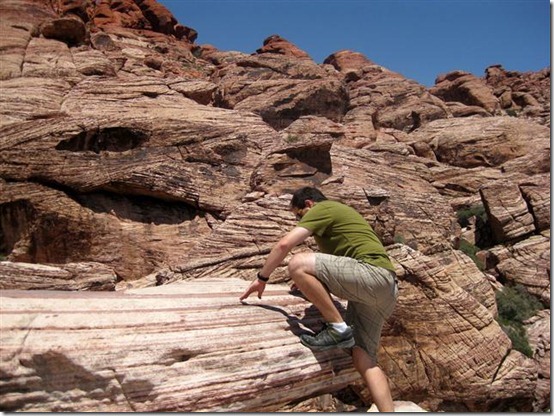 But I’m lame and played it safe on firm ground. (When did I become such a wuss?)

I ain’t going up there! I’m fine riiiiight down here! 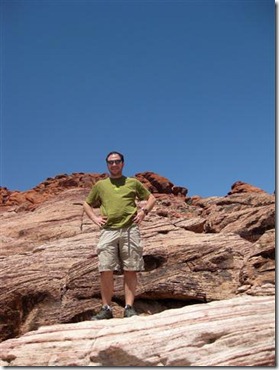 These pictures aren’t doing this place ANY justice. You have to come out and see it in person! 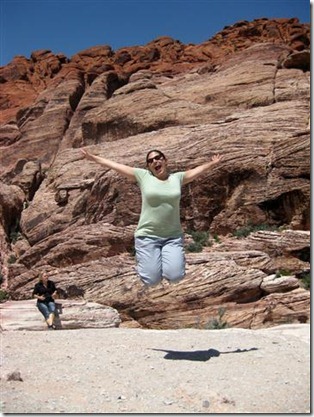 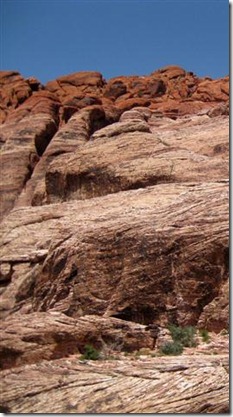 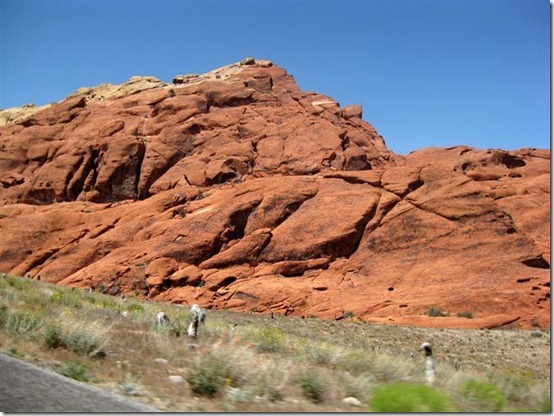 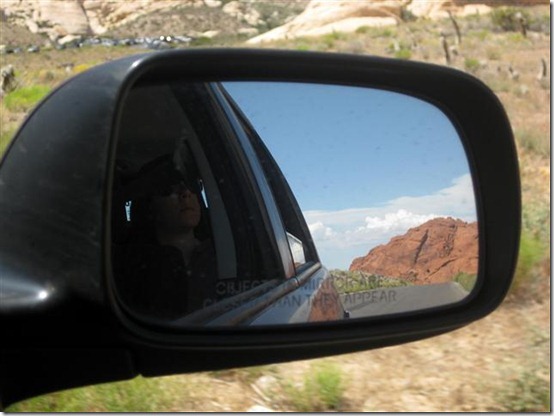 There were so many trails that looked incredible, and someday, we’ll come back to do them all. But this time, we only did the Ice Box Canyon trail.

Somewhere in there, there was supposed to be a waterfall! 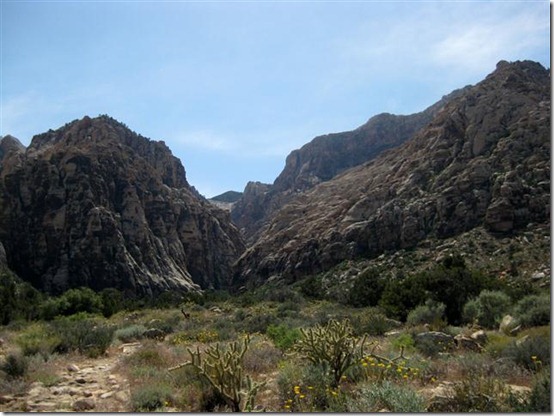 It was such a cool hike. Unlike any terrain I’ve ever seen before.

We basically hiked on a dried up river bed (oh, spoiler alert, the waterfall was dried up in the desert heat!) 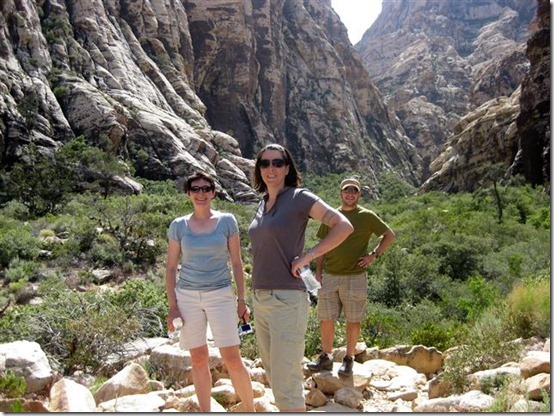 The whole hike was about 2.5 miles, and in the high noon heat, it ended up being perfect.

It was fun to scramble over rocks (although I was on the lookout for rattlesnakes!)

Hee Hee. I’ll have to come back in the winter to see it filled with water! So cool! 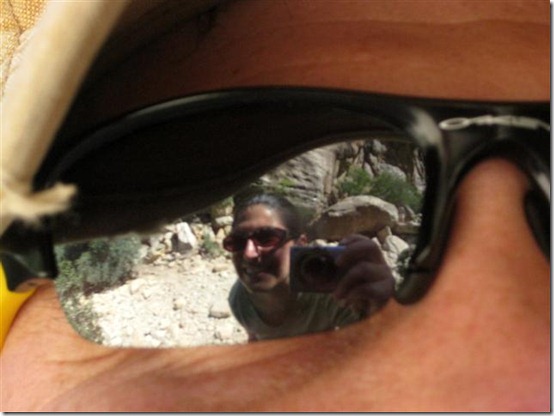 And then we started the hike back to the car. 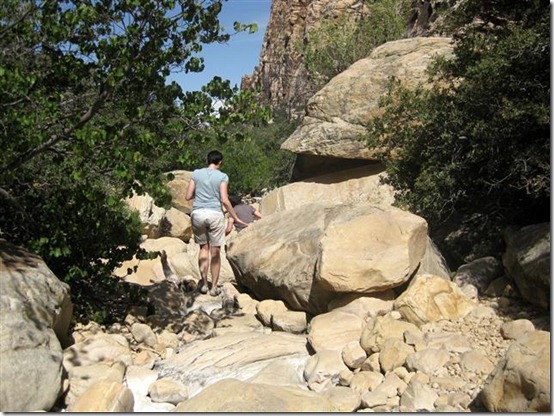 The whole park was gorgeous, if you’re heading out west, definitely make the drive, even if you don’t hike.

By then it was 4pm and we were starving for lunch! We had bought a groupon for a place called Bambino’s East Coast Pizzeria. It’s owned by Bostonians who opened up a restaurant out here! I was so excited! They even painted their walls the same color as the Green Monster!

We got some chicken fingers that were DELISH!

And a pizza that was ginormous!

Sufficiently stuffed, we hopped back in the car to begin the four hour drive back to LA! This time with a few more passengers!

Half way, we were in serious need of some fuel… enter, Starbucks!

DUDE! Have you tried their new Coconut Mocha Frappacino? It’s amazing. If you like coconut, you will LOVE this! 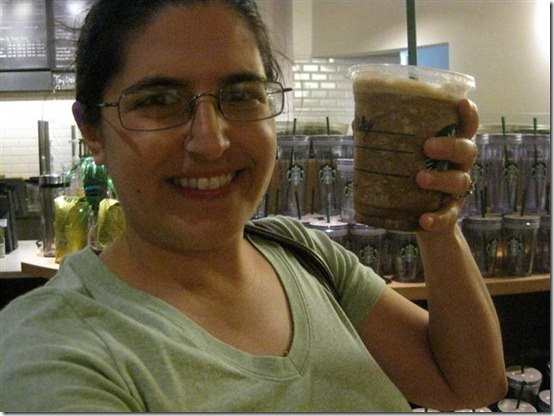 What a great weekend! It was fun to experience both sides of vegas. The Pool/Casino/Food side and the Outdoors/Nature side. So much fun!

One Response to “Red Rock Canyon”