We had another boring, but relaxing day today. I spent the afternoon reading Twilight and relaxing while Irving watched some soccer games. I’m 250 pages in and I just can’t get enough. Ahhh, so good! Part of me doesn’t understand Bella’s fascination with Edward, and the other part of me is totally jealous that she gets to go out with him. hee hee. Congratulations, Kelley. You’re just like the millions of other girls around the world who drool over Team Edward (I haven’t really gotten to know Jacob yet, so I reserve the right to change “teams” later!).

Annnnyways, in other news, I convinced Irving to hang a bunch of pictures around our house today. It’s only been six years since we moved in. No biggie. heh! It feels so nice to have something on our walls now!

The first picture is really special because it was a gift from Irving’s grandfather. I had it framed for him for Valentine’s Day.

The second picture was a wedding gift, which we love because it looks like the lake that we got married on!

The third picture is a framed cross-stitch that my mom made for us. She worked really hard on it for almost three years, and we love it!

I did not play Your Fitness Evolved on the XBOX today (my legs are thanking me profusely for that!) But Irving did! I was a little jealous of his endorphin high all afternoon. But check this out, Gatorade has a new line of products called G Series Fit. There are three products, one each for before, during and after a workout.

I haven’t tried them yet, so I can’t give them a full review, but we bought them because 1.) They were all free on rebate at Walgreens today and 2.) The bottle unlocks new workouts on the xbox… let me explain. 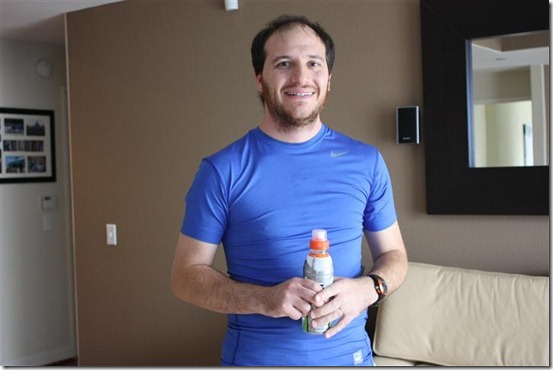 The XBox Kinect camera sees the product and releases exclusive content to you.

Pretty cool technology if you ask me! 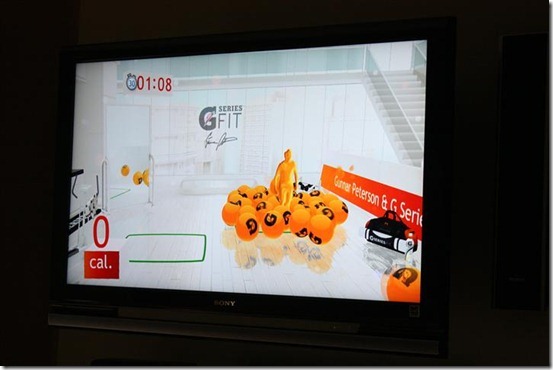 Gatorade did not sponsor this post. But I did get the products free on Rebate and you can too! Check your Local Walgreens for more info!

4 Responses to “Upgrades and Freebies”