We had yet another night at the Hollywood Bowl this past weekend. It was the LA Philharmonic with “The Singing Stars of Television”! It was quite the all-star cast and we had a great time. But first! The food!

We usually picnic beforehand, and it’s SO much more fun with a big group of people. We had an impressive spread this time! 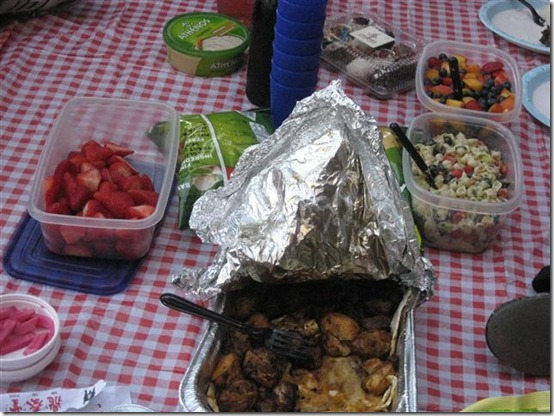 Yea. It was epic.

I’d say the Bowl was only about half full that night (which is crazy considering how amazing the show was!) We had a whole section (or two) all to ourselves!

Ok! Get Ready! Blurry pictures ahead!

First up was Michael Feinstein. He’s really talented. I was impressed at the range of his voice. 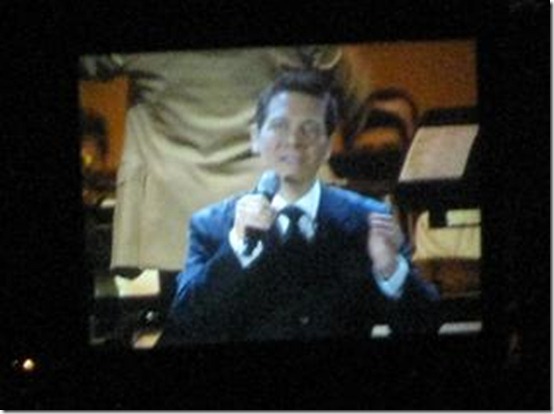 Next up was Florence Henderson! Yep. THE Mrs. Brady!!! She even sang the theme song to the Brady Bunch! It was so cool!!! She’s adorable. 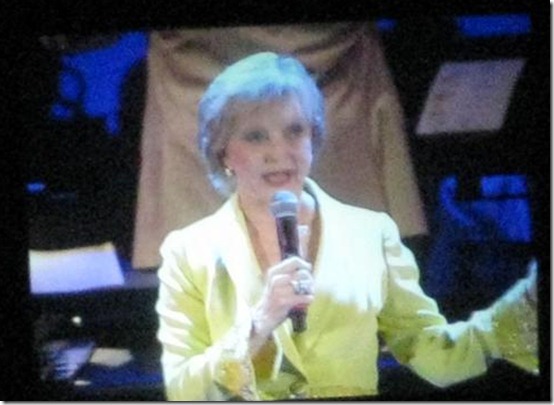 Wayne Brady and Cheyenne Jackson also did a few numbers. Cheyenne is super cute! I guess he’s on Glee? I need to watch more TV.

But I was most excited to see Dick Van Dyk. That man is incredible! You can just tell that he’s had a career doing something that he loves. He did a bunch of songs from Chitty Chitty Bang Bang and Mary Poppins!!!

And perhaps the best part was when he actually rapped a song with his group “The Vantastics”. 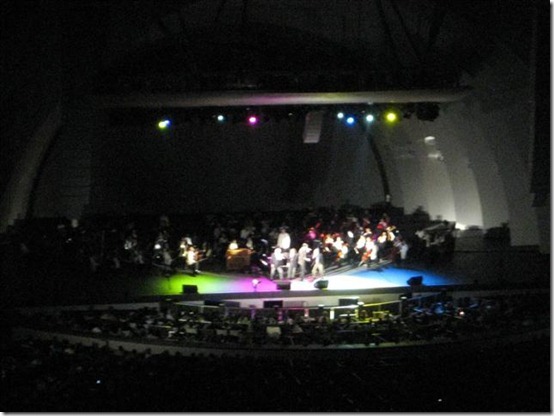 I found a video of it on Youtube that you have see. Click ahead to 2:45 in the clip.

I feel so lucky to see these amazing stars live on stage! What a fun night.

~~~~~~~~~~~~
PS. Check out my next Guest Post on Contiki! I reveal my top-secret tips for creating our fun annual holiday cards!

2 Responses to “Singing Stars of Hollywood”