On Sunday, we made plans to have a quiet day in Tahoe, everyone split up to do their own thing and we made plans to catch up with one of Irving’s high school friends and his girlfriend. At first, we tried to grab lunch at a place we found on Yelp called Lake Taco. We thought the name was hilarious and searched and searched for it… turns out, it’s basically a beach hut that is only open in the summer. Fail.

So we ended up at a place up the street called Margaritas. It was pretty good, though I just had a basic quesadilla with some rice and guac. 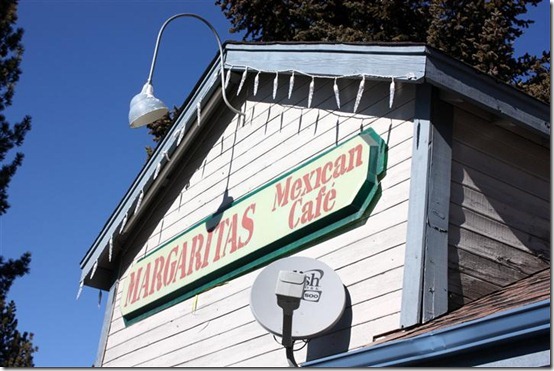 And then we drove to a walking path and took it wherever the trail led us, which happened to be this gorgeous sprawling marsh (looked like a prairie though!) 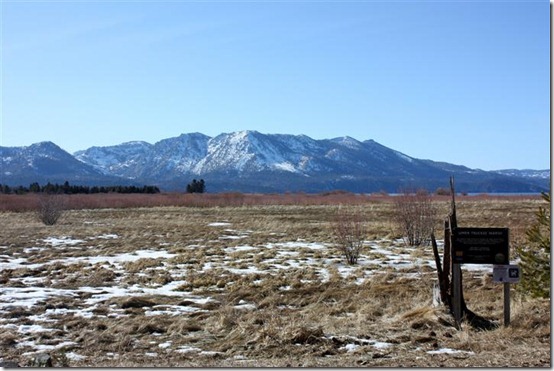 I’m sure that on an average year, this place is packed with snow, but it has been a strange year, and it became the perfect place for a winter hike. 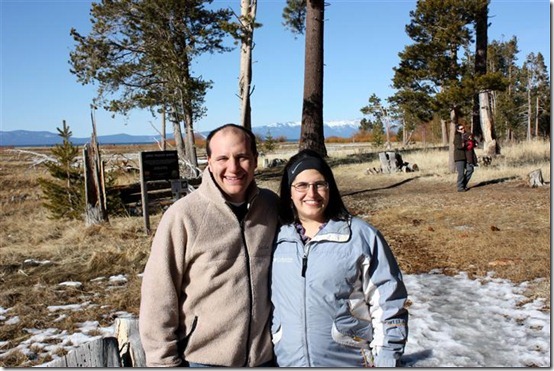 PS.. major points for being able to zip my winter coat! It was a tight fit, but me and the baby were able to stay warm! 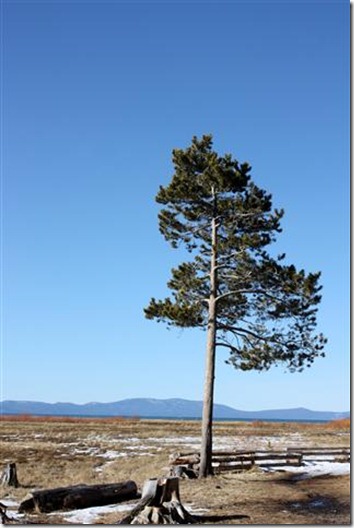 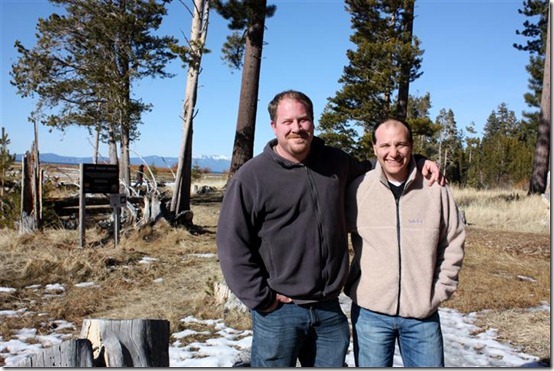 We had a blast with these guys, wish we lived closer! 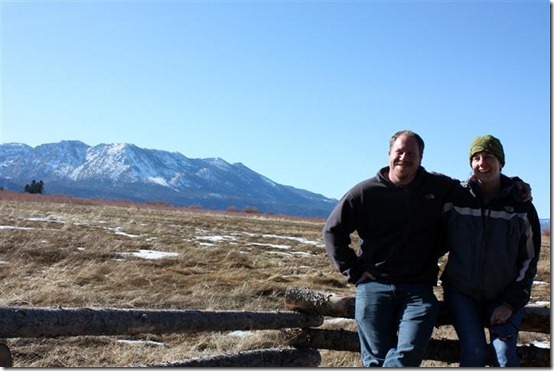 We tried to get some artsy pictures, but the sun was so high in the sky the shadows were tough. 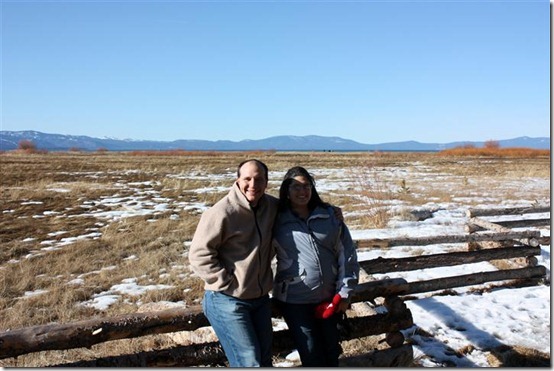 Notice the mittens? They’re from the 2010 Vancouver Olympics!

As we kept walking, our terrain turned from Marsh to Beach! Lake Tahoe is amazing. So picturesque and everywhere you look has a fabulous view. 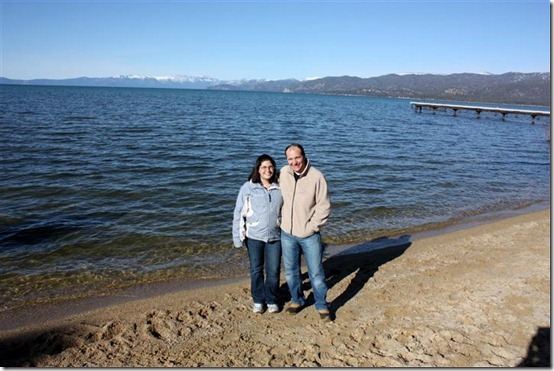 I wanted so badly to make a snowman next to a sandcastle. But it was a little too cold. 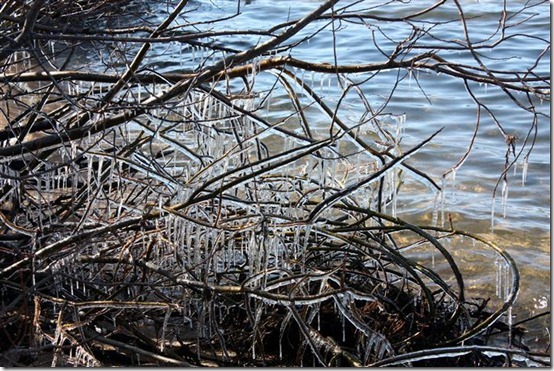 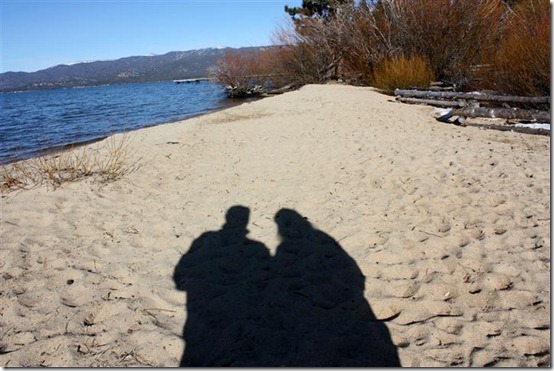 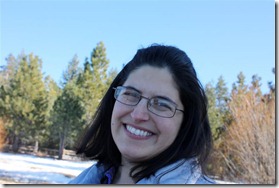 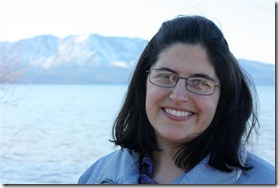 That night, Irving went out to hang with his friends again and Erica and I headed to the Casino to grab a buffet dinner. It was fabulous. I wasn’t sure what I was in the mood for, so assembling a plate of randoms (mac & cheese, salad, bok choy, etc!) seemed perfect. I have to really be in the mood for a buffet, but this one hit the spot. The soft serve for dessert was heaven too!

The next day, everyone hit the slopes at Heavenly to ski and I stayed in bed til after noon! Can’t remember the last time I did that! But I wasn’t feeling that great and felt a cold coming on, so I used the time to rest up. I went to the doctor yesterday and turns out I actually have an infection in my lungs that is causing the most annoying cough. It’s been a rough week, but I’m hoping it goes away soon. Every time I cough I apologize to the baby for the earthquake it must be causing in there!

Anyways, looks like everyone had a great time on the mountain though! 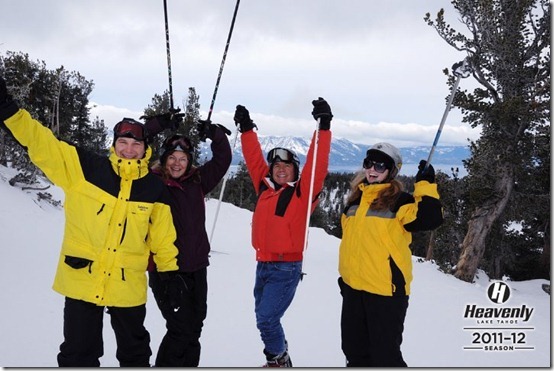 Check out the views they had of the lake from up there too! Jealous! 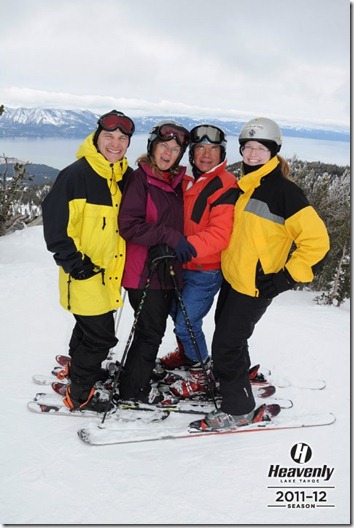 On the way out, we grabbed dinner at the Hard Rock Café and then hit the road back home to LA. 8 more hours in the car! It was a fabulous weekend away, and one of the last ones until the baby comes!

One Response to “Lake Tahoe: A Prairie Walk”