As soon as Adele came out, we noticed that her hands were always up in the air. No matter how you positioned her, she wanted them up near her cute chubby cheeks.

Even now, two weeks later, she still likes to have them up near her face.

I think it’s so cute because in her 20-week ultrasound pictures, her hand was near her face too. It must have been how she was positioned in the womb for almost 10 months.

While it is adorable to see, when her hands are up, she flails them around and they annoy her. And even worse, she scratches herself pretty good since her nails are always too long. She sleeps better when her arms are out of her way. In the hospital, they did a great job of swaddling her up tightly with one or two blankets. (One night, they put the blankets in a towel warmer first! She slept so well after that one!) But when we came home, we noticed that one swaddle was not enough.

Her little houdini fingers still made it out the top of the blanket. So we started using TWO blankets at a time. Even that wasn’t enough to stop Miss Adele from escaping. 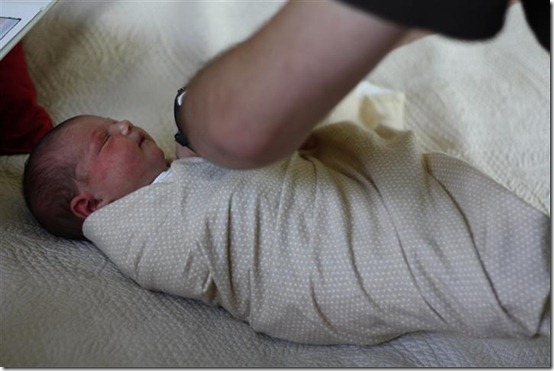 Our friend, Caitlin, gave made us this Baby Burrito Swaddler and it has been a lifesaver. Now, after we double swaddle her, we put her inside the sack, and she’s asleep within 5 minutes! 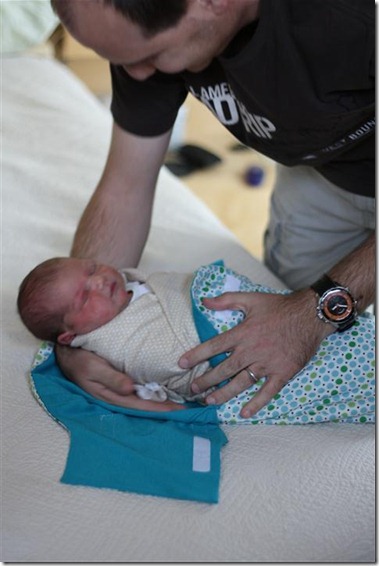 We keep the AC on in the house, so we’re not worried about her overheating. She sleeps longer and better when she’s inside there. They say that swaddling simulates what it was like for a baby inside the womb. Nice and cozy. 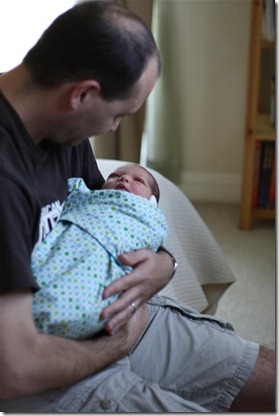 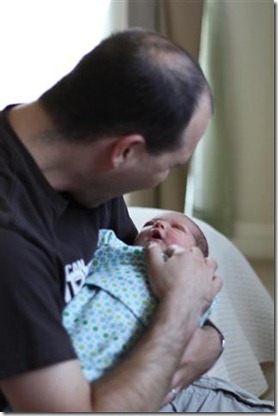 If you’re interested, Caitlin has an Etsy store called Lil’ Stowaway where you can get one. They’re all custom made, super soft and really cute. As she grows, we’ll probably eliminate one or both of the swaddles underneath and just use this sack on it’s own.

She has handmade burp cloths on there as well, and I can attest to the quality of those too. They’re amazing. We use them daily!