On Saturday, we checked into our hotel and Adele took a nap and then we headed straight to the pool! But you can’t take an 11-month old swimming without an inflatable tube, can you? Daddy to the rescue! Adele was pretty excited at the idea. 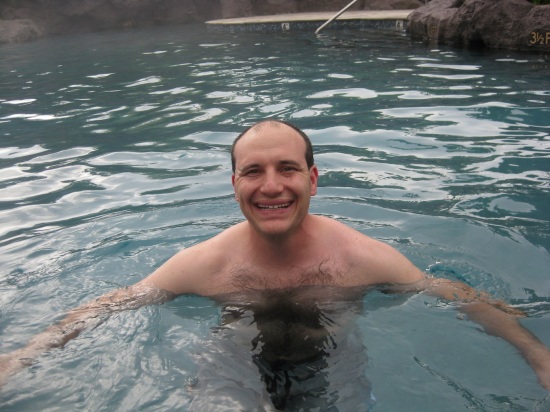 The pools are salt-water and the water was so refreshing. Don’t let Adele fool you, though the air was cooler that day, the water was warm. 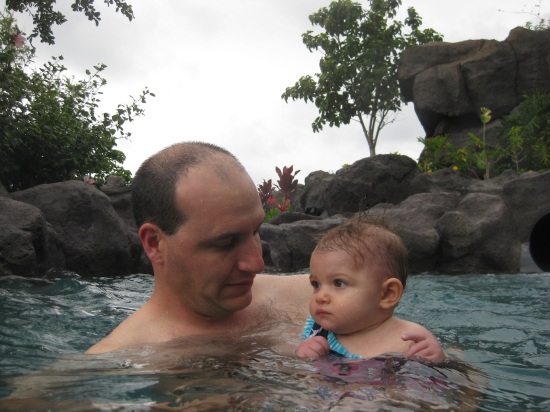 We think she was still a little jetlagged that first day, she wasn’t too impressed by much that afternoon. It’s a lot to take in for a little kid! 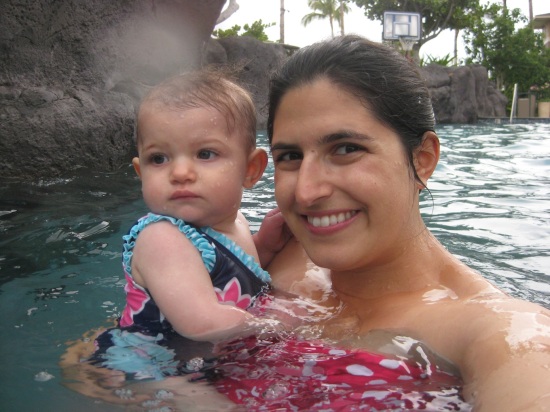 This towel hoodie was Irving’s when he was a kid! 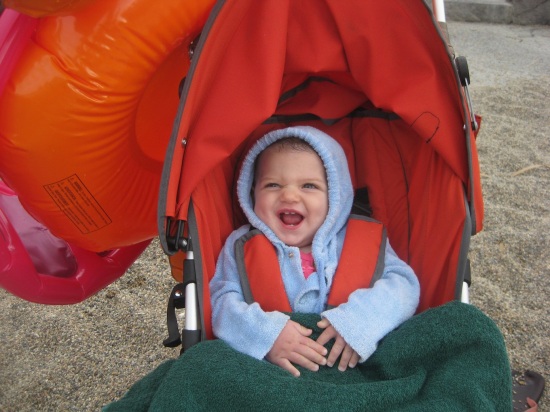 That night, we baked a pizza in our room and called it an early night. Adele hit the sack at 6:30p (and slept for 12 hours + 3 more in the morning! For those who are counting, that’s 15 HOURS with a short milk break in between!) Hawaiian air tuckered her out I think!

Irving and I picked up a movie (Silver Lining Playbook– Loved it!) and were asleep ourselves by 8:15pm. I could get used to this!

Sunday morning, while Adele was sleeping the morning away, we enjoyed coffee, bagels and mimosas on the patio outside.

We were up at 6a so we had three hours to soak in the Hawaiian morning sans baby. I dove into a book for the first time in months.

Once sleepyhead did decide to wake, she had a fruit and yogurt breakfast with us. 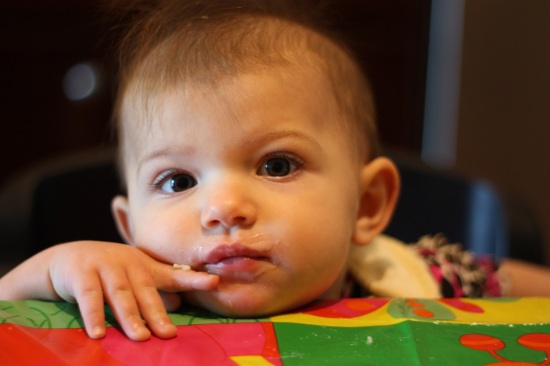 And then it was time to hit the pool again! She was much more awake this time and she loved it! She was ready to take on the waves. 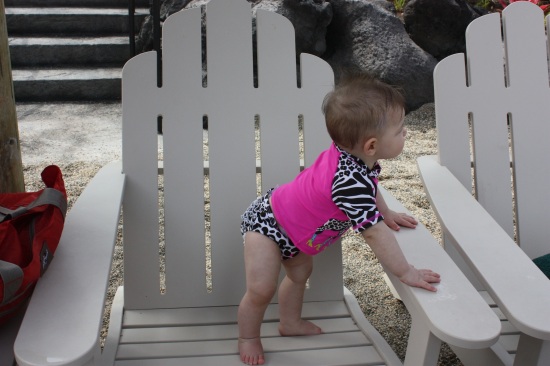 The kiddie pool is 1ft. deep and has a pebble beach (instead of sand). This is a mother’s dream. No sand = no mess. Awesome.

We let her play with some beach toys for a while.

And then we brought out the pool floatie! She was a fan. 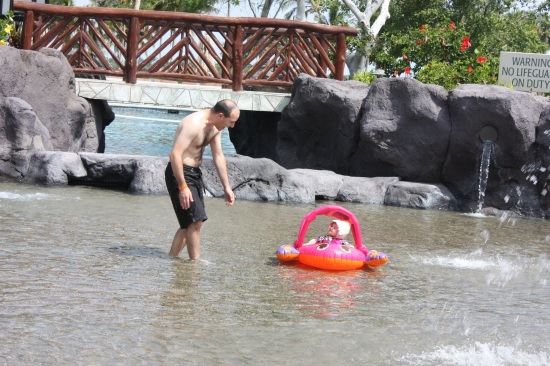 They won’t let you take pool floaties in the big kid area because there are waterfall ledges and waterslide shoots that could be dangerous, so we took her for a walk down the lazy river instead. 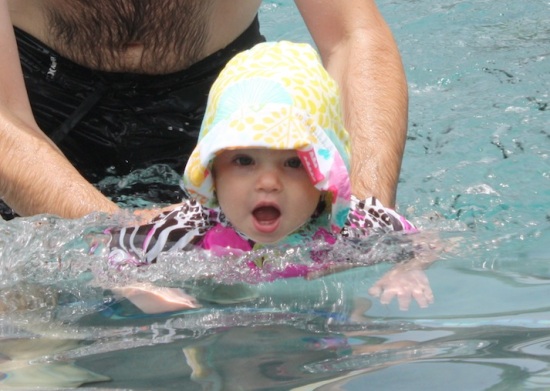 Haha she makes the funniest faces now, but this one shows off her four big teeth in the front! She’s working on getting two more, they started coming in a few weeks ago, but they seem to be taking a while for some reason.

After our swim, we spent the morning at the Hilton Waikaloa resort!

One Response to “Pool Floaties”