Well, I haven’t written in a while… Whats new? A lot I guess. I’m very homesick, and I’m Sooooo ready to come home now. I think I’ve felt this way since the middle of March. The weather has been unexpectedly amazing. It has been so warm and so sunny all the time. Its great. I’m working on my tan! Ok… so I’ll fill you all in on basically what I have been up to.

Last weekend, I was in Munich. My whole group (79 of us) took a train, overnight. We got there Friday morning, and we went to some palaces, some main squares, some museums. It was all nice and stuff. 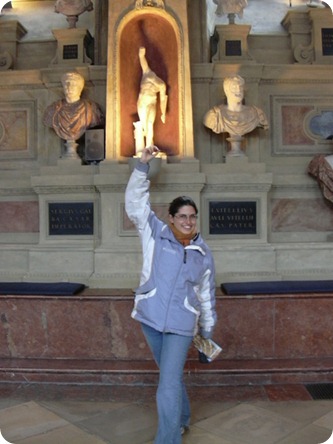 Saturday, we went to some museums, I saw some older museums, and then a really great modern art museum. Modern art is my new favorite thing ever. I love it, I spent all day in there! Saturday night was the best night EVER!

First, all of us (yes, 79 of us) went to the Beer Hall. It’s a bar that holds 1,500 people, just on the first floor. Its awesome. We all drank and had fun. Yea Yea Yea… then….Melissa and I went to an awesome techno dance club in downtown Munich. We stayed till almost 3am, although I could have stayed much longer. It was awesome. We met some guys from Switzerland, we couldn’t figure out if they were either very European, or very gay… either way, whatever. We had a great time.

Sunday, we went to Dachau. It is the first concentration camp that Nazi Germany used during WWII. It was a strange experience. I felt like I should be moved by it, but I actually felt numb to it. I felt like something so terrible could never happen and I tried to convince myself that it was all fake. Its just too terrible to imagine, I guess. But I was glad I had the opportunity to see it because it’s such a big part of Europe’s history. 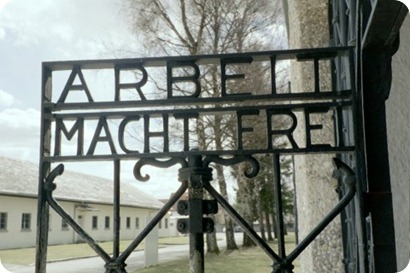 On a side note, the best part was when Chester Lee, our Chinese program leader, told us all on the bus there that “You must bring food to Dachau. If you do not bring food to the concentration camp, you will starve!” Ironic huh?

Monday, I went to Fussen, a town in southern Bavaria, 2 hours from Munich. I went with Dara and her boyfriend, Will. In Fussen is the castle that the Disney Castle is modeled after. It is way up on a mountain, and we took a horse and buggy up the hill. It was cute. The horse farted so loud the whole way up, I thought I was going to die! Lol jk. It was a beautiful castle, but for what we paid to get there and go in, it kinda wasn’t it worth it. 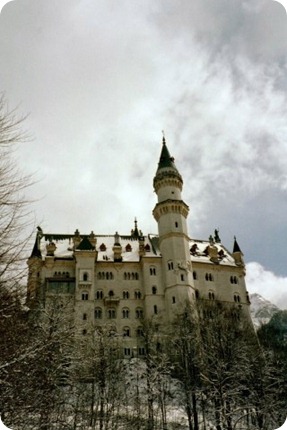 Bavaria, Germany (This castle is the one that the Disneyland Castle is modeled after!).