Adele was the most adorable soccer ball for Halloween this year. (Remember the sneak peek from a few months back?) It was too cute not to make it her official costume. 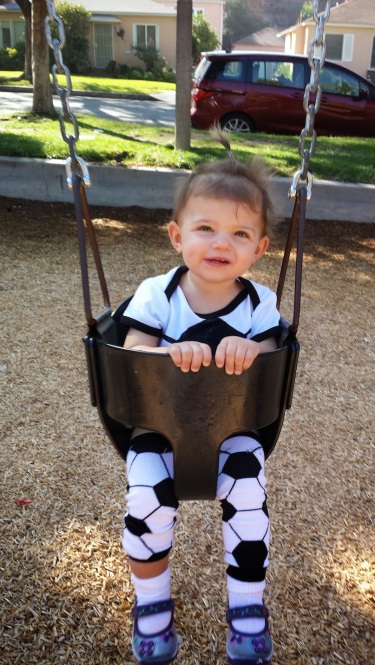 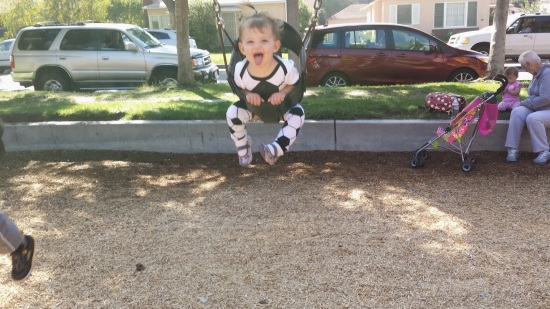 The leg warmers are my favorite part! 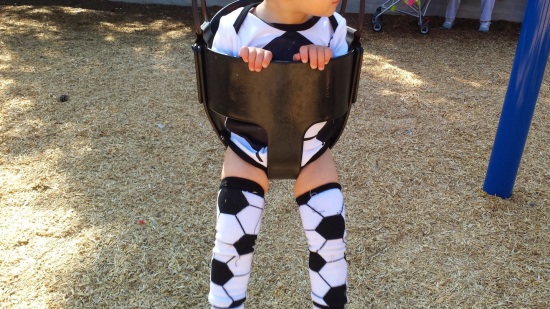 We had a two-week long celebration of Halloween this year. Starting with the Pumpkin Patch, then we had a pumpkin decorating party, a school party, a visit to a local ‘haunted’ house for kids (twice!), a party with her friends in the park… and of course Trick-or-Treating!

We had some friends over for pizza and then we headed out into the neighborhood. (PS, I spy Adele’s first face painting!)

I’m loving these itty bitty pony tails lately!!! I sneak them in while she’s brushing her teeth.

We suited up all the kids and packed up to head out into the neighborhood!

I’m sure Adele didn’t really understand what it meant to ‘trick or treat’, but she sure loved getting out of the stroller to walk up to people’s houses! 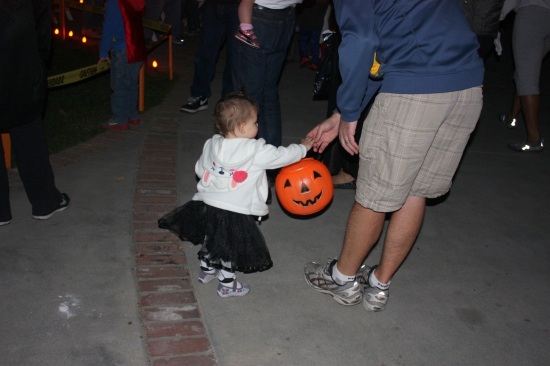 She was an expert trick-or-treater by the end. It was pitch black and we noticed she was being unusually quiet… and then we realized she had been poking around in her pumpkin and was happily munching on a tootsie pop. oh boy! You couldn’t claw that thing out of her hands if you tried! 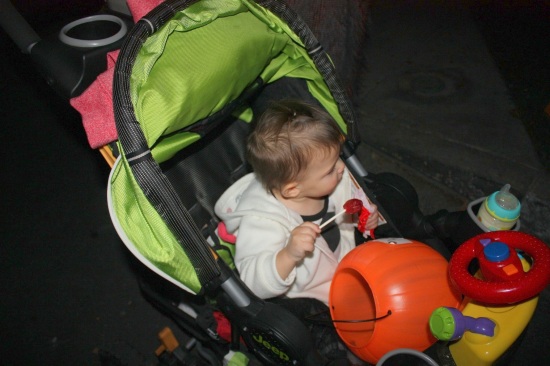 I wasn’t going to let her sample any of her candy this year, but someone (ahem–daddy) slipped her a kitkat bar and I think she just about died. This was her first time tasting real chocolate and she was SO excited. Irving asked for a bite and she very firmly said “NO!” and shoved it in her mouth. That’s mama’s girl, right there. 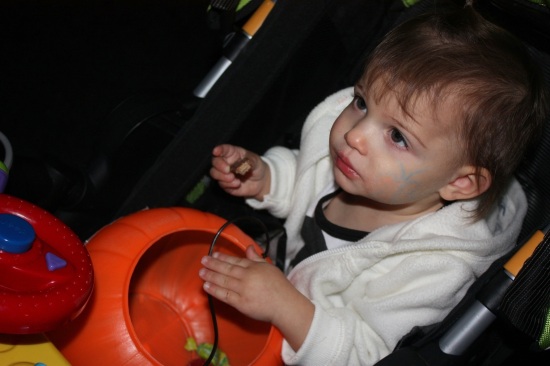 We let her out a few more times because it was just so stinkin’ cute to watch. She proudly paraded up to the front of the line (yes, there are LINES here!) and held out her pumpkin. 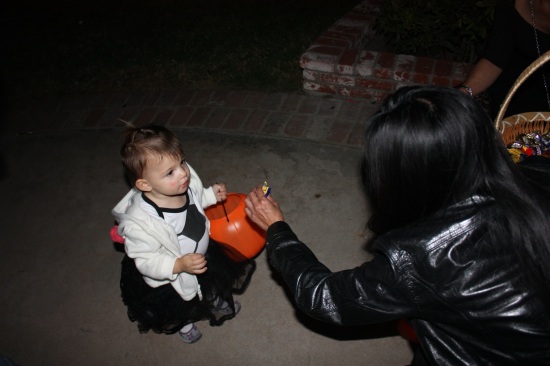 She surprised us with how brave she is. She wasn’t fazed by anything! She was pretty fascinated by this guy!

Lots of lights, fog, kids, costumes and candy to look at! Adele probably thought this was the strangest evening walk she’s ever been on!

On Saturday, we had a ‘Post Halloween’ party with some (uh, 26!) of Adele’s little friends! It was a potluck and it was a blast! 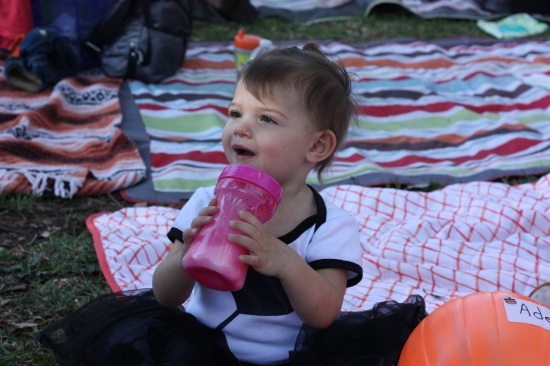 The kids came in costume, stole cookies from the table and played with each other’s toys. 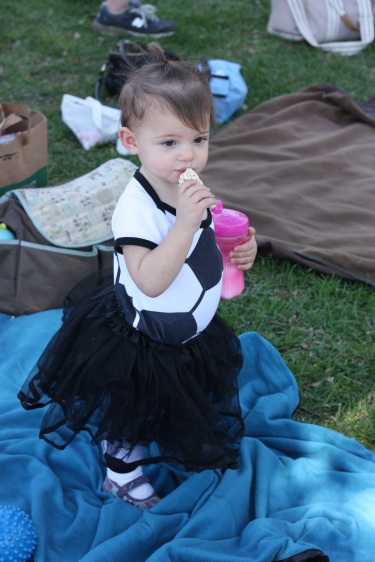 The moms don’t even get to talk anymore because we’re all chasing after runaway toddlers!

I somehow got Adele to sit long enough for ONE ‘official’ halloween picture.

I had plans to put Mr. Pumpkin back into storage til next year, but it has become Adele’s new favorite accessory. She puts toys and food in it, throws it over her shoulder and goes “bye!” like she’s walking out the door to go shopping or something. Ok. Pumpkin can stay a little longer. But I draw the line at the day we get our Christmas tree (which I secretly hope is sooner rather than later!) Bring on the holidays!