When I was applying for colleges, I only really considered one school: Emerson College in Boston. I had a few back up plans in mind, but Emerson was the only school I had ever wanted to go. Someone told me about it when I was in 7th grade and I had my eye on the prize for all six years after that.

I even wrote a letter to myself in 8th grade talking about how bad I wanted to go there. 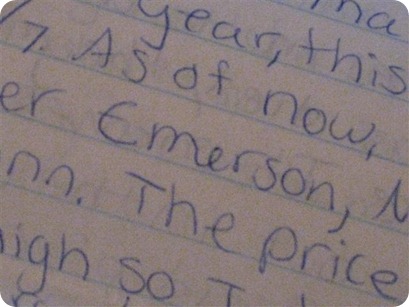 I wrote in my letter that I wanted to be the next Spielberg!

I also wrote about my love for “cute actors” like Devon Sawa, but that’s another story….

Oh man, Teen Bop magazines were the best! Remember the pull out posters?!

I’m pretty sure I had this exact issue…

Annnnyways…. So yea, I pretty much dove head first into television when I was in middle school… even making the cover of the local TV station’s newsletter! My friend Linsay and I were the youngest members to ever work at the station. 🙂

Can we just talk for a second about a.) that ginormous VHS camera! and b.) DIY bangs…. ugh! 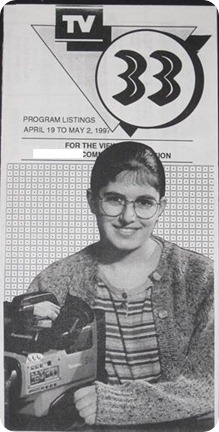 I even met my future BFF Ashley while working at the station!

Ashley, Luca and I met Tom Bergeron at the station years ago too! 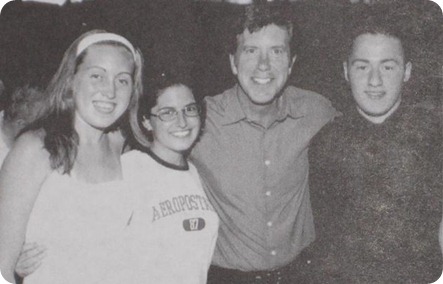 So yea… long story short… I always loved the TV industry and I knew that Emerson was the only school where I could delve into it head first!

Emerson was the type of school where you could make a 10 minute video in lieu of a 10 page paper. It was pretty awesome. I even had my own radio show for a semester. What a great time.

Today, I came across this website: http://www.emerson.edu/student-life/housing-dining/new-residents/move-guide and it made me totally miss college like never before. Have you ever tried to move into a high rise building from the side of Boylston street with 300 other people at the same time? It was quite the scene and I really wish I had pictures from that day. I’m so totally jealous of all the students who are moving in this week and getting to know Emerson for the first time. A lot has changed on campus since I graduated, but the core of it is still there.

I wish I could go back and relive college all over again. I feel like I didn’t take advantage enough, experience it enough, take it in enough. It goes by so fast! I graduated in 3.5 years because I just couldn’t wait to move out to Los Angeles and live the Hollywood Dream! But looking back, perhaps I should have stayed just one more semester to enjoy Boston and College living.

I’m really homesick for my Emerson days… Kids… enjoy every SECOND of it!

3 Responses to “Homesick for College?”