This past weekend, EJ (Irving’s Sister) and Sarah were in Vegas, and since we don’t seem them very often, we jumped at the chance to meet them there! Don’t have to twist my arm!

This time, we stayed at the Platinum Hotel. It’s relatively new, and just a little bit off the strip. We really like non-casino hotels because they are smoke free. It was 1,100 square feet! A whole suite! 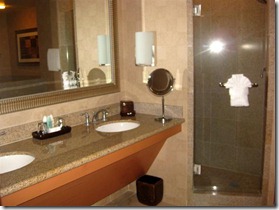 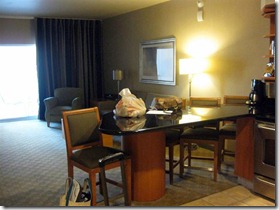 But not much of a view…

Just as soon as we arrived, we headed straight to the pool! EJ and Sarah were staying at the Encore (jealous!! We stayed there last year and it was aweeeesome!) It was really hot, but they had already staked out a nice spot in the shade. After lounging for a bit, we ordered a pitcher of sangria! I’m usually not a fan, but this one was really sweet and refreshing. 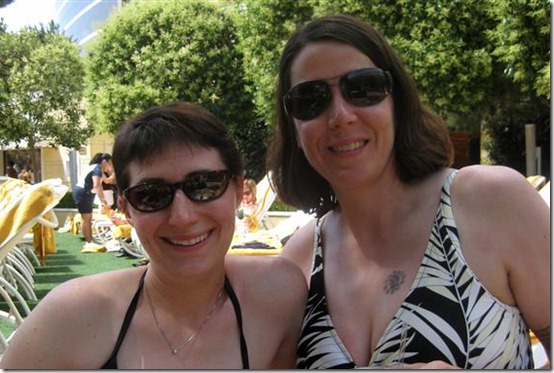 Their room had amazing views. They had a room on a really high floor. 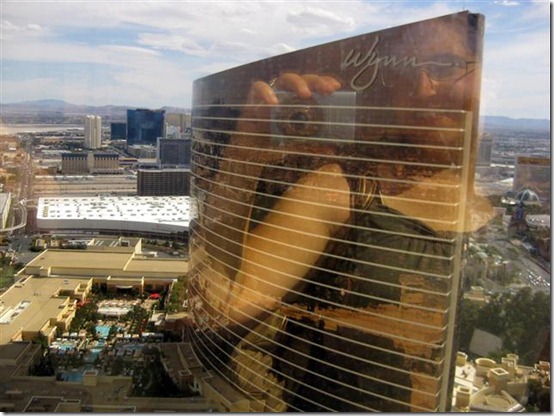 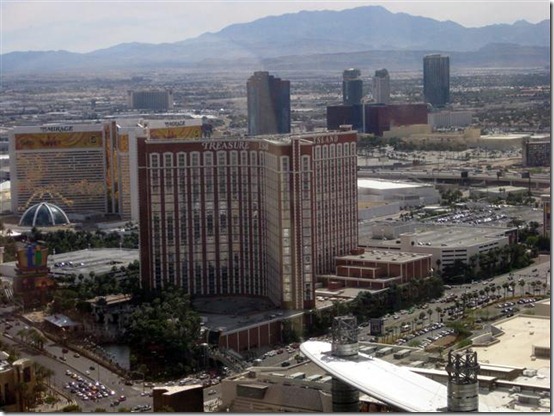 Across the street was where the Frontier Hotel used to be. That was the first Vegas hotel I ever stayed in when I visited in 2001 with my family! Sad!

There was a little of this… brilliant, no?

And then we headed to New York, New York to watch the LA Galaxy vs. Chivas Soccer game.

We had some money riding on the Galaxy!

We watched it from the Sporting House restaurant near the sports book and it was fantastic! The setting was perfect! We had a private booth with our own TV.

We had a round of drinks, appetizers and entrees and it was all incredible. I’d eat there again for SURE!

Then we headed to Zumanity. It’s the Cirque show in New York, New York.

By the time we got out of the show, it was after midnight, and we were exhausted after getting up early, driving four hours, spending the day in the sun, eating, drinking, a soccer game AND a vegas show.