It’s hard to believe that Adele is already four days old. I can’t figure out if time has gone by really fast, or really slow. She is absolutely the most beautiful baby girl I’ve ever seen and I’m so proud to be her mama. Here is the story of how Adele made her way into world.

On Thursday, June 7th, we went to our routine weekly OB appointment. I was approaching 40 weeks and hoping to hear that things were progressing. The appointment went well with not too much new. I was still just 1cm dilated and 80% effaced (same as the week before). My blood pressure was good, baby was measuring right at 40 weeks and was estimated to be 8 pounds. At that point, the doctor said that we should just wait for labor to kick in on its own. But before we left, we had a quick ultrasound to measure the amniotic fluid. It turns out that it was actually really low. The doctor told us that it was dangerous for the baby to have such low fluid, so we would have to induce. We said, “ok, so tomorrow? Monday?” Doctor said, “Actually, in two hours!” And she called the hospital to tell them we’d be coming shortly! It all happened so fast. All of a sudden the waiting was over! The baby was coming today or tomorrow no matter what!

So we went home, had some lunch, cleaned up the house, finished packing our bag and make some calls to family. We were reeling with energy, but a little nervous too. This was it! The last day at home as a family of two! The last thing we did before we left for the hospital was cuddle in bed for 15 minutes and just savored our last moments before we become parents. We are both so in love with each other and we are SO excited to be able to extend that love to our child. 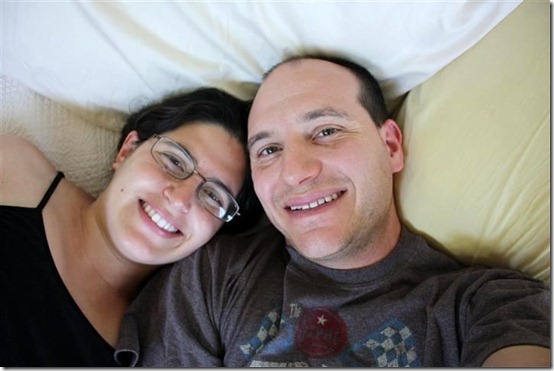 I spent my whole pregnancy wondering what that moment would feel like when we know we’re in labor. I worried about where and when my water would break… how long I could labor at home before driving to the hospital. What if I have the baby on the side of the road, etc. I totally wasn’t expecting to be leaving for the hospital without a single contraction. Next time we come into our house, we’ll have a baby with us! Let’s do this! 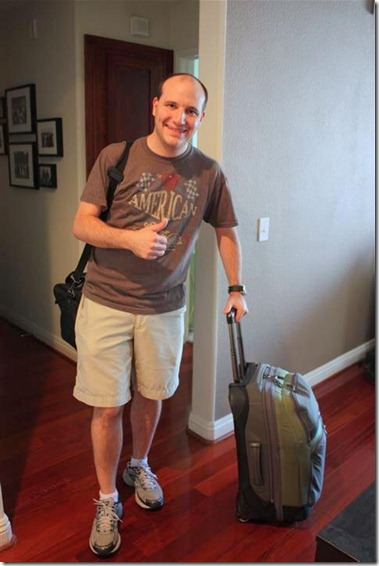 We arrived at the hospital right on time and were brought up to our labor and delivery room. It took three nurses and FOUR needle pokes for them to get the IV in correctly. That was not fun. They actually thought the 3rd one was successful until an hour later when they realized it wasn’t even in a vein! My arm was swelling up like a balloon. Gross. Then they had one nurse taking out that IV in one arm, and another nurse trying to put another one back into my left arm! All of a sudden, I felt claustrophobic and I yelled out, “Stop! I am feeling overstimulated right now!” haha they thought it was funny, but that was no fun. 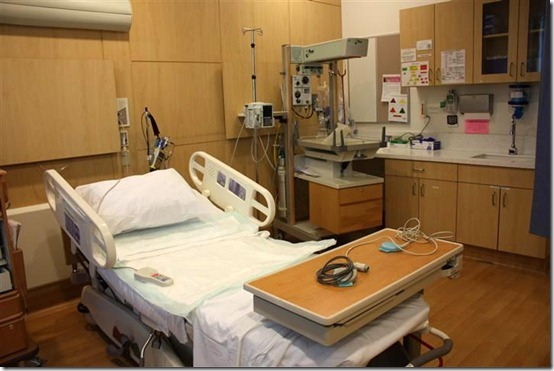 Soon after all the vitals were taken, they started me on a 12-hour dose of Cervidil. This doesn’t necessarily make contractions start, but it does make the body ready for when they do happen. I had to lie down for two hours and after that, the rest of the time I could move around (toting my IV pole along with me).

#1 on my birth plan was to not be induced. HAHA obviously the health of the baby comes first, so it wasn’t even a question as to whether or not to do it. But it was funny that we spent so much time talking about a birth plan and just like that it all changes. We spent the next 8 hours hanging out in the room, watching the monitors for any signs of contractions, watching TV, napping and eating. For dinner, I had soup and salad and a warm pretzel. Mmm! We also Skyped with my parents too. Later, I watched some more TV and Irving brought me some Goldfish to snack on. YES!

I was getting annoyed because they had my IV drip on so high it was making me have to use the restroom every 15-20 minutes (NO JOKE!) Finally I told them that I’m obviously hydrated and they turned it down. Whew!

Around 11:30p I woke up to horrible back pain. Irving was asleep on the couch and I just breathed through it. It just felt like bad hip pain or an out-of-place bone somewhere. Then a few minutes later, I felt another pain just like it. I woke Irving up and told him that I wasn’t sure, but maybe my contractions were starting.

People kept telling me that they feel like a tightening around the front of your belly. They said the pain radiates from around you. This didn’t feel like that at all though, it just felt like hip pain. But the contraction monitors were showing them as contractions, so I guess they were real. 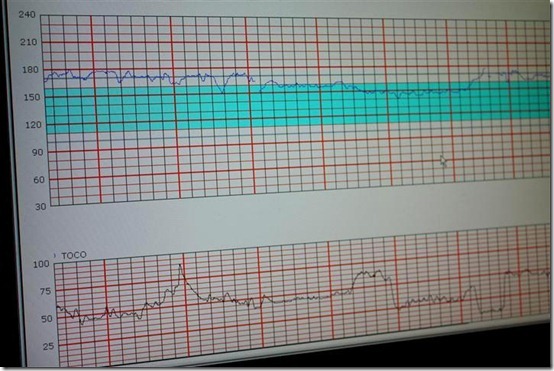 Around 12:30am, Irving starting timing my contractions (just for fun) with the app we downloaded to his phone. They were pretty regular at 1-3 minutes apart and lasting about a minute each. Every single one of my contractions I felt only in my back (nothing in my stomach). I’d feel it coming on and say “Was that one? Was that one?” and the computer screen would show that it was! It was kind of neat actually. 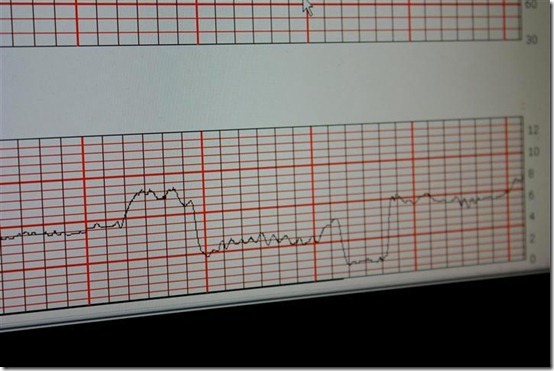 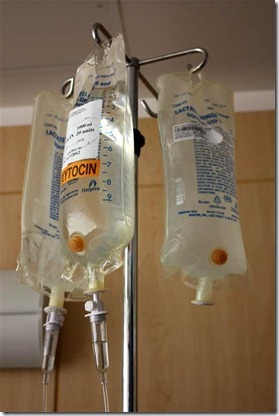 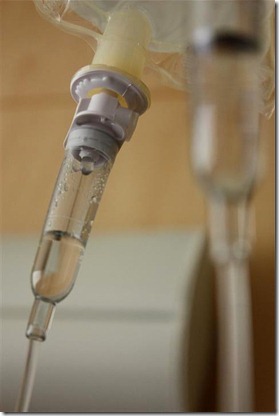 To get through them, I had to stand up and hold onto a chair and rock back and forth. Being in bed was torture, so I stood for a few hours and just bounced around as they came and went. As they started to get worse, I sang “Row, Row, Row Your Boat” over and over again. It helped for a while. Irving was singing right along with me! I labored for about 4 hours and around 3:30am, I just couldn’t take it anymore. My body was starting to shake uncontrollably, and it was clear that I was hitting a physical limit. They came in to check me and I was only at 3cm. Mentally, I knew I couldn’t go another 12 hours in that kind of pain, so I begged for an epidural. (#3 on my birth plan was no epidural! ha!) I had to wait for the anesthesiologist to come and it felt like forever. When she came in, Irving left the room and we started it. That was the most scared I’d been during the whole process. All of a sudden I was so overcome with fear of that needle. Maybe it was my flashbacks of getting a bone marrow test 12 years ago? I’m not sure, but I was pretty scared. It’s tough because you have sit really still and I was afraid that I’d move involuntarily and something would go horribly wrong (especially since I was shaking). But it did go pretty quick and the drugs started working pretty fast. It made me really dizzy at first and my vision got blurry, but after that, they adjusted it, and I felt so much better. But the dose wasn’t strong enough and I was still feeling contractions through it (almost as bad as what they felt like before the epidural). So they upped the dose to nearly a C-Section dose and gave me additional pushes of Lidocaine too. I went from wanting to go natural, to begging to feel nothing at all. Oh, sweet relief!

I woke up from a long nap and my whole body from my chest to my toes were completely numb. Guess the dose might have been a little TOO strong! I was happy for a few hours. At 7:30am, my doctor came in and I was only 5cm. She broke my water to speed things along. But my amniotic fluid was so low that almost nothing came out! Scary! The nurse joked to my doctor that they made a paper airplane out of my birth plan. I thought that was funny.

But breaking the water definitely helped, because in just two hours, I went from 5cm to 10cm. My contractions were definitely cutting through the epidural again. They were starting to be REALLY intense and having to labor through them laying down was proving almost impossible. I called the nurse, and she came back in with my doctor. Turns out, I was at 10cm and ready to push! They told me to push when I felt a contraction while they prepped the room for delivery. It felt good to focus my energy somewhere, finally.

I wanted to push using the squat bar (#4 on the birth plan!) but with my epidural, I couldn’t, so legs in the stirrups it was! Since I could now feel every single one of my contractions, they let me take the lead on the pushing. I had handle bars to hold onto to pull my body weight up on. Irving had one leg and the back of my head, and another nurse had the other leg. I pushed with everything I had every time. Each contraction meant 2-3 pushes. It was tough, but it felt SO good to push. Painful, yes, but I actually really enjoyed it knowing I was close to meeting my baby. I could feel the baby’s head getting ready to crown and Irving said he could see it! Just 20 minutes of pushing and our baby was born. (No episiotomy, yay!) They let Irving tell me the sex of the baby, and I’ll never forget his face when he told me it was a girl. (We didn’t know the gender, but we were both definitely thinking it was a boy!)

They put her on my chest for a few minutes, and we both said “Happy Birthday” to Adele. She was just perfect, so beautiful. I couldn’t believe she was here. 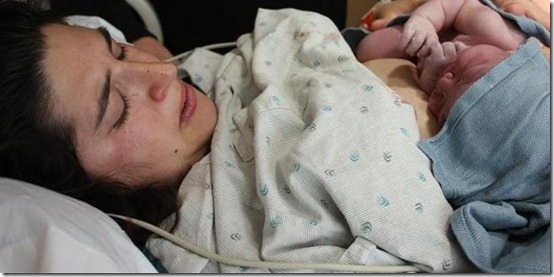 Everything looked great, but her breathing was a little gurgly which meant there was fluid in her lungs. They had to take her right away to make sure it was ok. (#5 on the birth plan: baby on chest for one hour after birth….Oh well!!) Irving cut the cord and her vitals were measured. 8 pounds even and 19 1/2” long.

After all the tests came back fine, they brought her back to me to hold her. I just looked at her, completely unable to comprehend that she was mine. 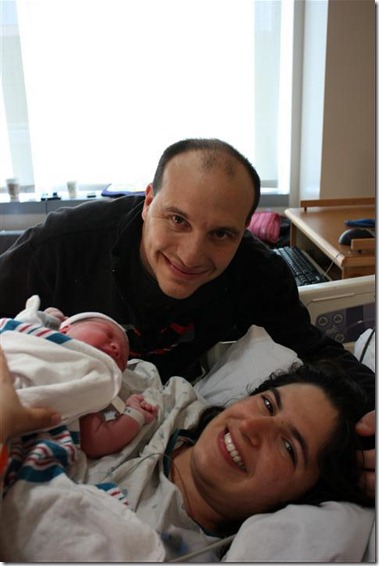 When she came out, her skin was really peeling and dry. It could have been from the low fluid, but the doctor said it looked like she was 1-2 weeks overdue (even though she came 1 day ahead of her due date!) Guess she was ready! 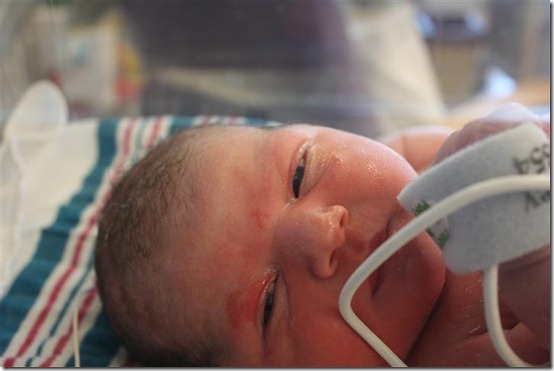 After they took her to clean her up, they brought me lunch and let me recover for a little bit. I was exhausted and felt out of my body. I could hear things happening around me, but it didn’t feel like I was really there. I think I was in shock.

I joke here about all the things in my birth plan that didn’t go according to plan, but in reality, I’m content with all the decisions we made. The end goal was to deliver a healthy baby, and that was certainly achieved. They said to make a plan and be prepared to throw it out, and that’s exactly what we did. I have no regrets. I love my baby more than anything else in the world. Instant Love. Just like they said.