Irving and I woke up early and drove down to SeaWorld for the day on Sunday! My friend Courtney was in San Diego and since it’s only two hours from LA, we thought SeaWorld would be the perfect opportunity to catch up and do something fun! 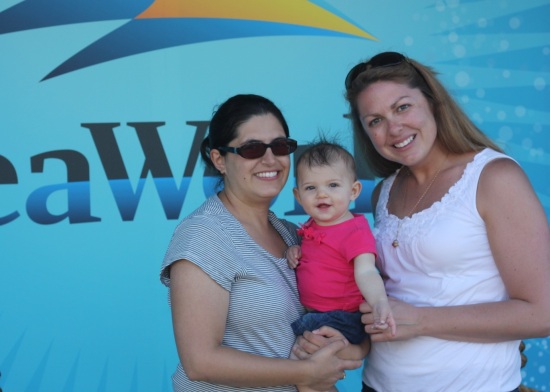 We started our day by going up the Sky Tower (a ride that takes you 328 feet up above the park)!  We could see all the tanks below with the dolphins and whales swimming around. 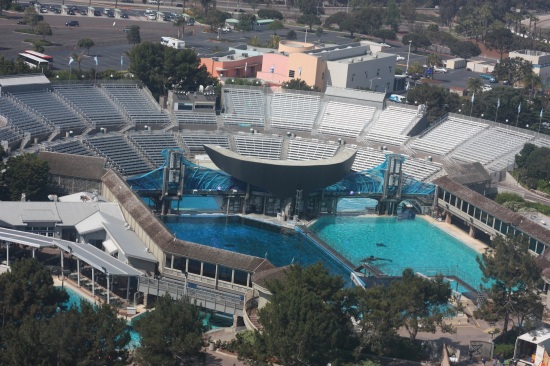 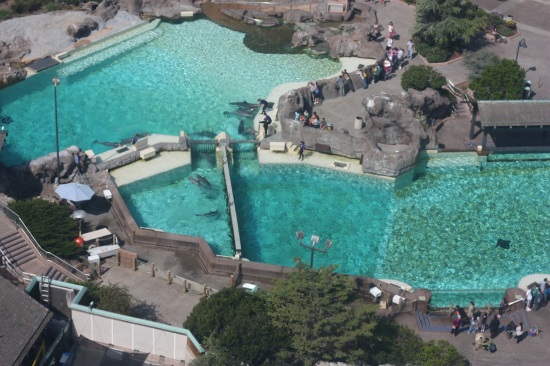 Then we headed over to ride the roller coaster! Daddy and Adele chickened out, but Courtney and I rode the Manta and LOVED it! I giggled and screamed the whole time, it was awesome! 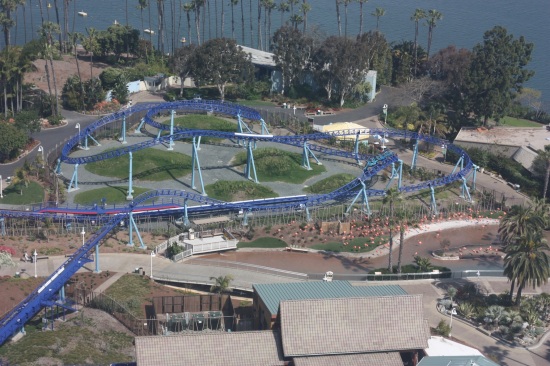 We brought our new umbrella stroller and I think Adele liked it. What a life, right?

Ok, Adele. Where should we go next?

Yea? You want to see the dolphins? Ok, let’s do it! 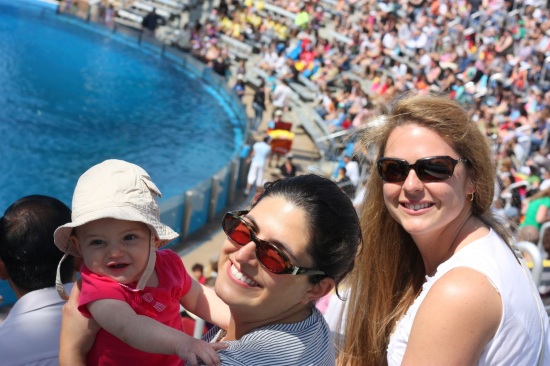 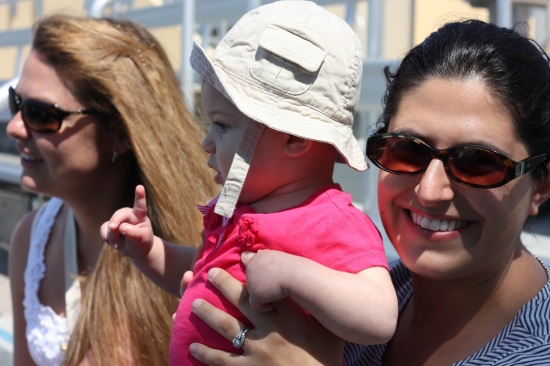 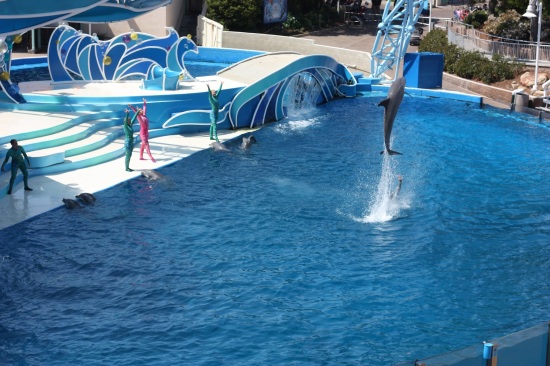 All around the park are individual aquariums, so we checked out the Sea Turtle exhibit next. These guys are awesome!

It was nice to be able to go from inside to outside so we never got too hot.

I think her favorite part of the entire day was watching the roller coaster go by. haha Maybe because it’s so big and loud, but she was pretty mesmerized by it. 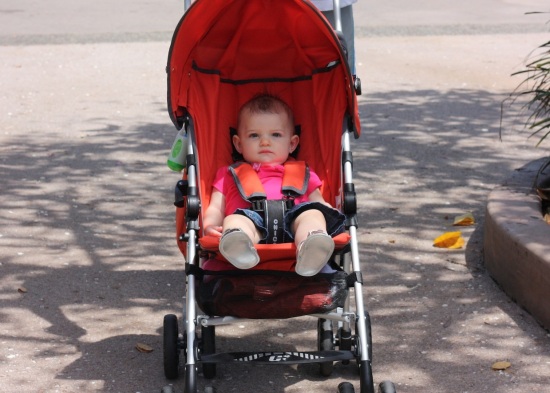 Adele was excited to hang out with Courtney so Irving and I could check out the Shark exhibit together. haha It was like a 3 minute date! haha We even held hands when we walked through. Awe. 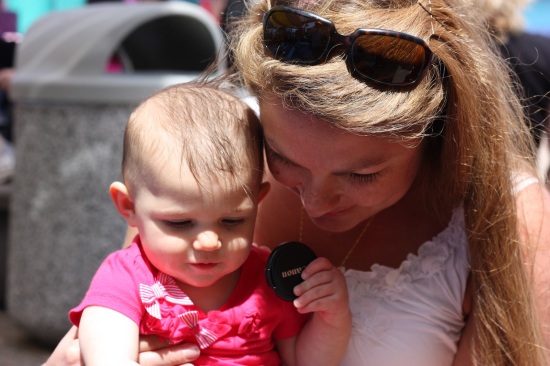 And then it was time! Shamu Time!!

(Mom, correct me if I’m wrong, but I don’t think I’ve ever seen a killer whale, have I?) So awesome!

Then it was time to see Shamu in action!

Adele took a 10 minute nap ALL day, so she was pretty zonked by this point, but she still paid attention and watched, even from up high!

After the show, we walked around for a bit hoping Adele would fall asleep (spoiler alert: she didn’t), but we got to look at the Penguins and the Beluga whales! So awesome. 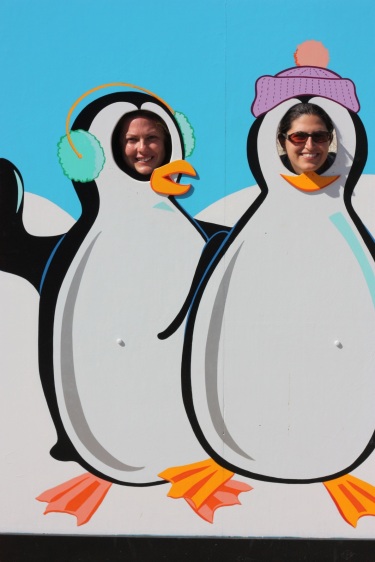 What a great, great day. Adele was amazing and we all had a blast. It was nice to remember that San Diego is really in our backyard.

Then, to keep it interesting, we headed to Old Town in San Diego for some amazing authentic Mexican Food. Yes! I almost don’t want to tell you about it because we like to keep it our little secret. (*cough*cough* Casa Guadalajara *cough*cough*) We ordered way too much food and left stuffed to the gills. We also ordered Adele food from the kids menu for the first time! Quasadilla with rice & beans with a side of fruit. She had plenty of leftovers, but she enjoyed it. Suffice it to say, she slept in the car for the entire two hours it took to get home. (and then another 12 hours straight after that!) Yea, she was tired.

I think Courtney needs to visit us more often! 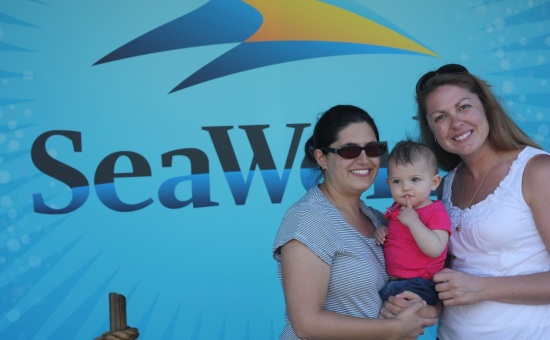 One Response to “Adele Meets Shamu”