On January 19th, Irving surprised me with an “impromptu” weekend away. He told me that I couldn’t ask any questions and I had to just follow along. We drove for two hours to Palm Springs and he made me change into something nice. Then we got to our destination: the Aerial Tram up the mountains overlooking the valley in Palm Springs. It was freezing up there, there was even a few feet of snow!

The valley at the top of the Gondola. The gondola rotates 360 degrees as it
goes up. It’s the only one in the Western Hemisphere. The view was spectacular! 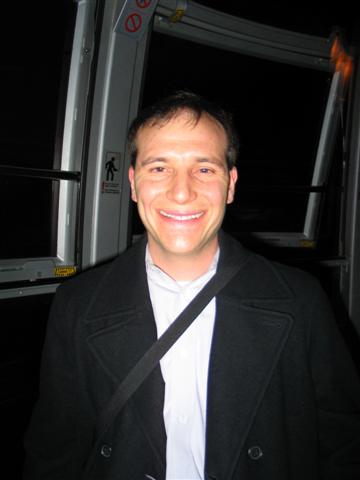 We had dinner at a beautiful restaurant at
the top, complete with wine and fondue! “This is it”, I thought,
“He’s going to propose!”… I was so nervous and excited. But dinner
came to an end, and there was no ring… sad. 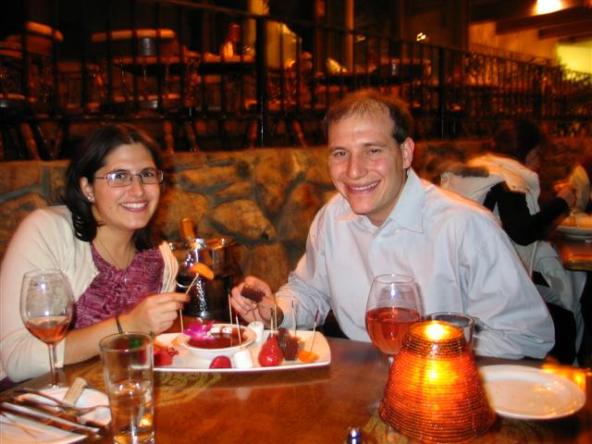 MMmm.. at least the fondue was good! 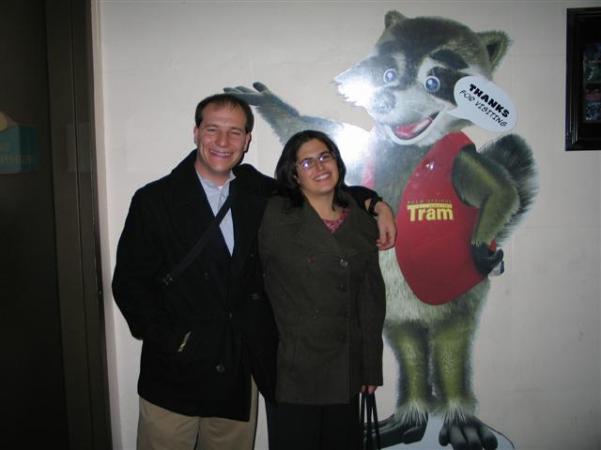 Irving then took me to stay the night
at the same hotel we stayed at in 2005 when we moved out to LA. It was symbolic
of our success we’ve had in LA since then.

On January 20th, Irving’s alarm went off at 4am. He was like “Is that your
phone?” And I was said “No, I think it’s yours!” He answered: “Oh yea, that is
my phone. You have to get up and put something nice on.” I was like “You must be
joking… I’m going back to bed.” But he insisted that I get up and get dressed.
So I did. And then he drove me two hours down to Temecula, CA, which is near San
Diego. He told me that we had breakfast reservations there. But when we got to
the location, a winery, it was still dark out and I told him that the place is
obviously closed and that he was realllly early. He then admitted that he had
lied, and that in a few minutes, a truck was going to pick us up and take us up
in a Hot Air Balloon ride! I was so excited. For real?!?! Is that dangerous? I
was so excited! When the truck pulled up, it was still dark out, and we watched
the sun rise as they put the balloons together.

Watching the sun rise over the baskets! 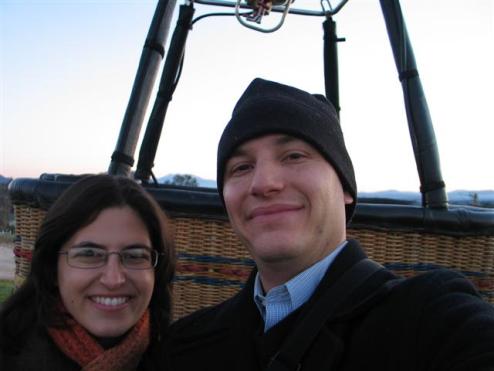 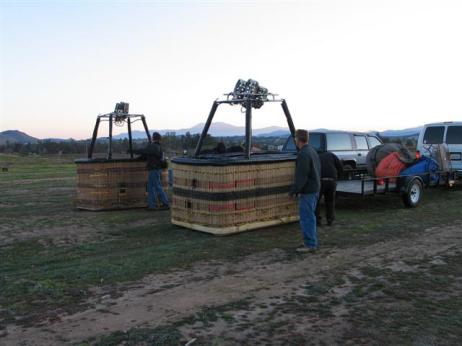 There were two balloon rides that day, but one basket was just for us! Irving
had chartered the “sweetheart balloon” that would take us up on a private
flight!!

That’s our balloon all packed up and ready for us! 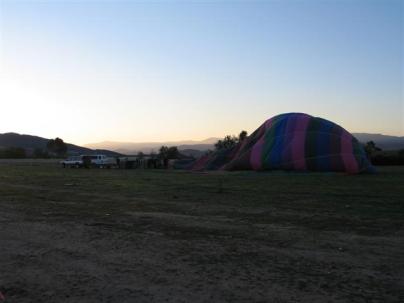 The sun was rising while the balloons were inflating! 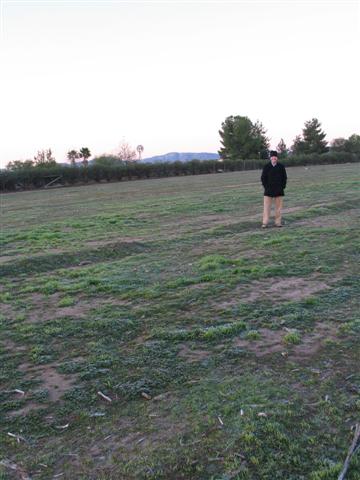 Look how cute he is! He must have been so nervous and excited!

The two baskets getting ready to be launched!

Balloons being laid out and ready to go! (That was our pilot, Tim!)

Filling it up with cold air!

Irving, watching the sun rise, with the first balloon in the background! 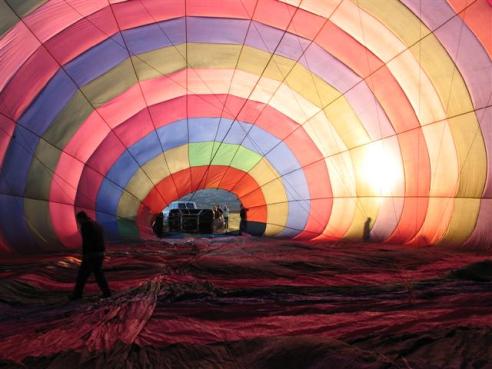 This is actually a shot from the top of the balloon, peeking through to the
bottom as it was filling up! These balloons were Huge! 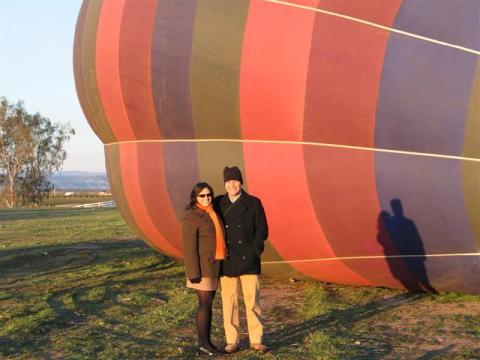 Filling it up with hot air. The hot air is what actually makes it rise up. 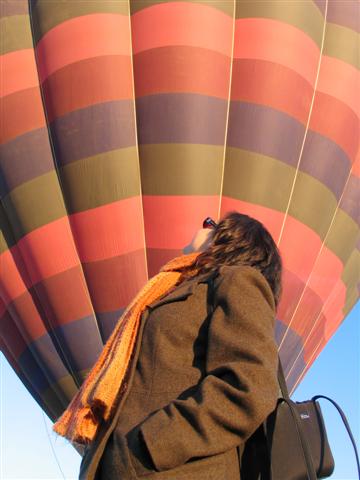 This is actually us INSIDE of the balloon. That’s how huge it
really is!

This is a close up of the basket itself!

The first balloon going up! Look at those flames!

This was our balloon. Notice the other balloons that were also in
flight at the same time! 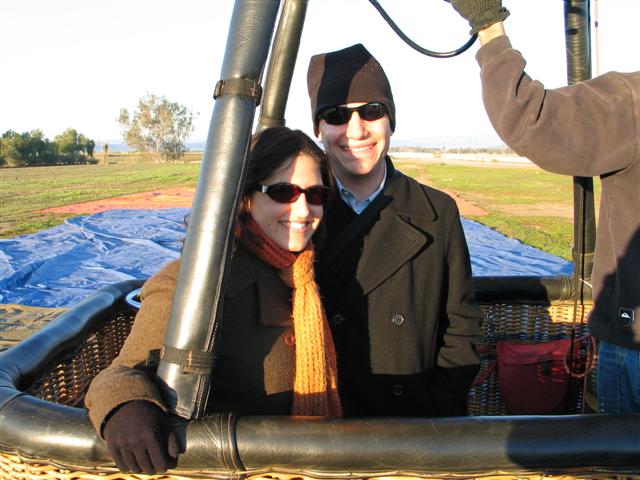 Last minute pictures before we lift off!

Time to lift off! 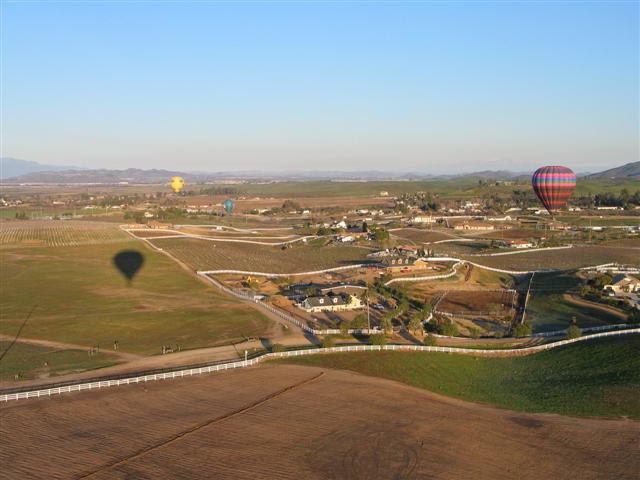 A view of Temecula
down below. Absolutely breath-taking!

I’m so excited!! It was such a beautiful morning! 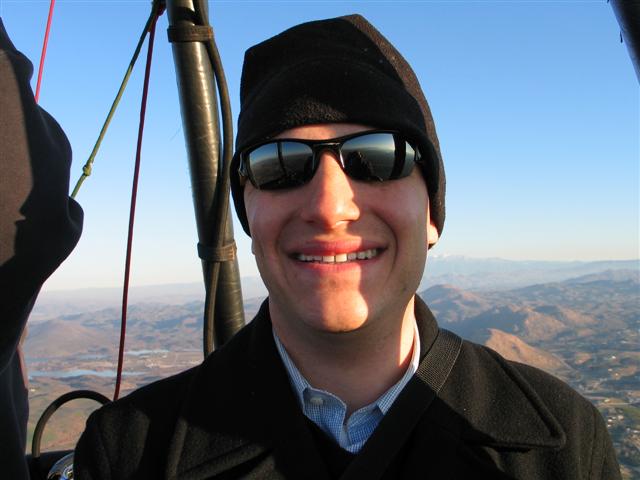 Another balloon in flight near us! 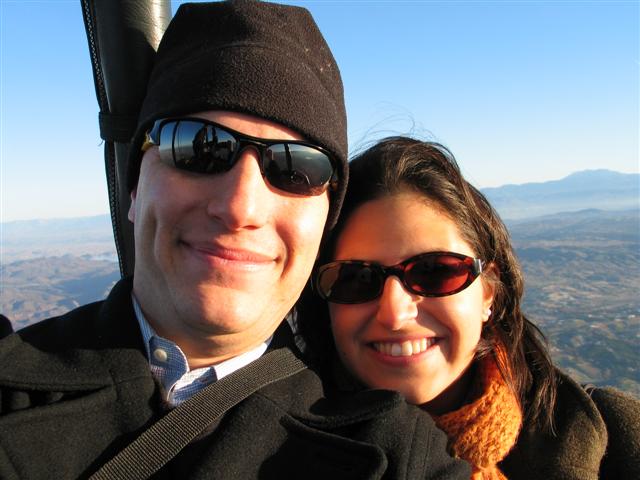 Some more balloons below us! 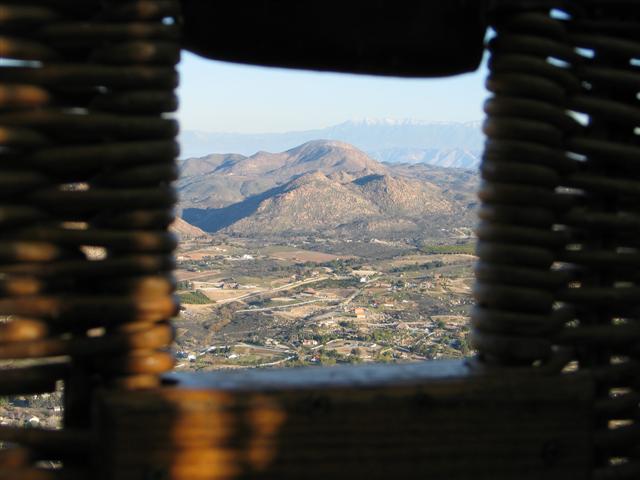 A view of the mountains through a hole in the basket. 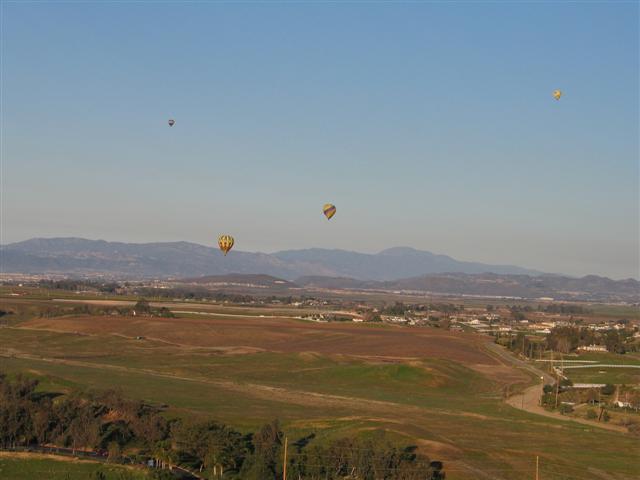 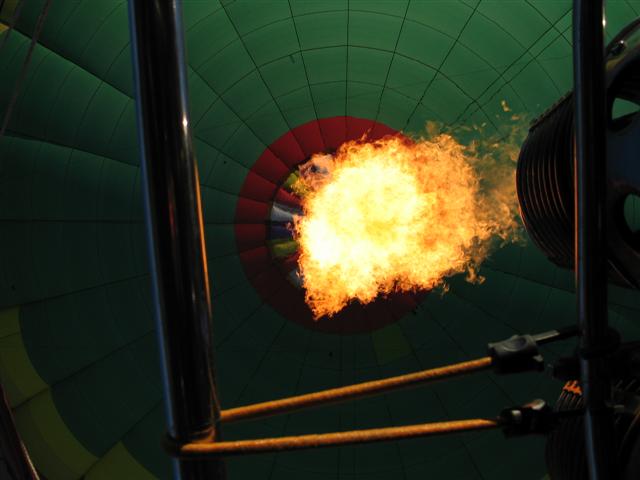 Filling the balloon with hot air to go higher!

Looking up at our balloon! 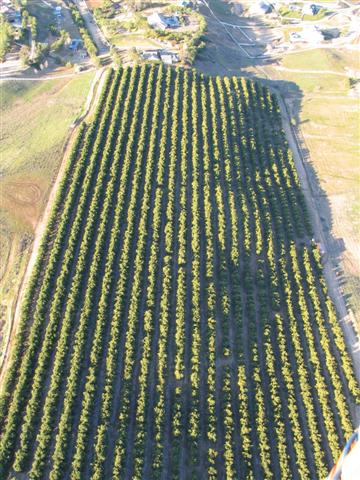 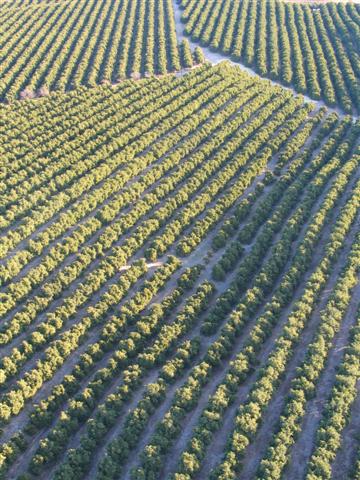 A view of the Grapefruit and Orange groves below! 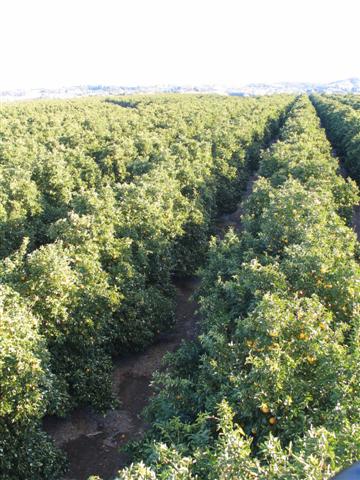 We dropped low enough at one point to actually touch the branches of the trees.
It was so cool!!!! 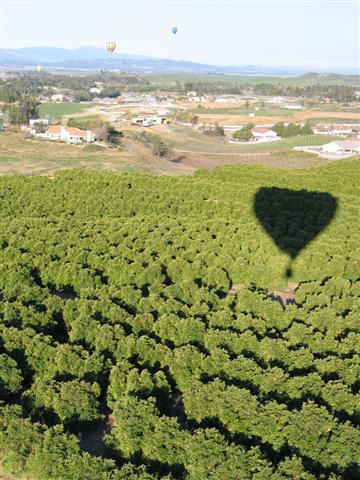 …and going back up again!

The last picture as “boyfriend and girlfriend”.

The pilot offered to take our picture in the sky….as Irving started proposing!

Irving delivering his amazing proposal, and me crying! 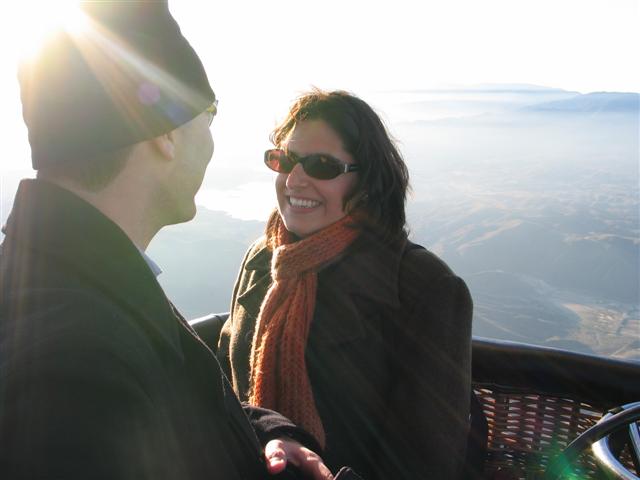 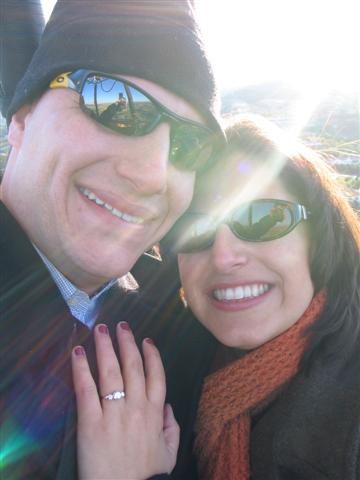 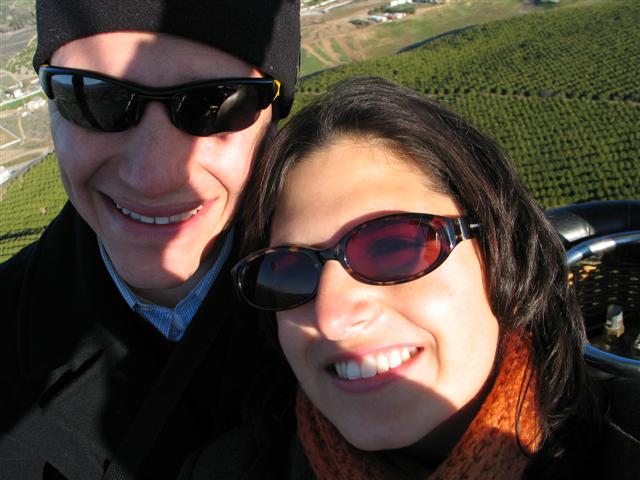 Engaged in the sky!

We didn’t want to get out of the Balloon! haha!

When we got back down, they had flowers and champagne ready for us to enjoy!

That’s our pilot popping the cork!

What a dream come true!

After we called our
families and had breakfast and Mimosas, Irving told me that he had another thing
planned, so we drove 2 hours back to Palm Springs. He then brought me to the
Renaissance Hotel, where he had planned an entire day at the spa! We had a spa
lunch by the pool in our own private cabana! We had some salads and cookies
delivered, and we ate lunch in our bathrobes and slippers! Then, he had booked
me a manicure so I could get my nails done so I could show off my ring!! And
after that, we had a blissful romantic couples massage in our own private suite!
(I think Irving may have fallen asleep on the massage table, but I’m not sure.
haha)

That night, we had dinner at
the JW Marriott hotel in Palm Springs. Of course, I played the “I’m engaged”
card, and I scored us free dessert! Isn’t it pretty? 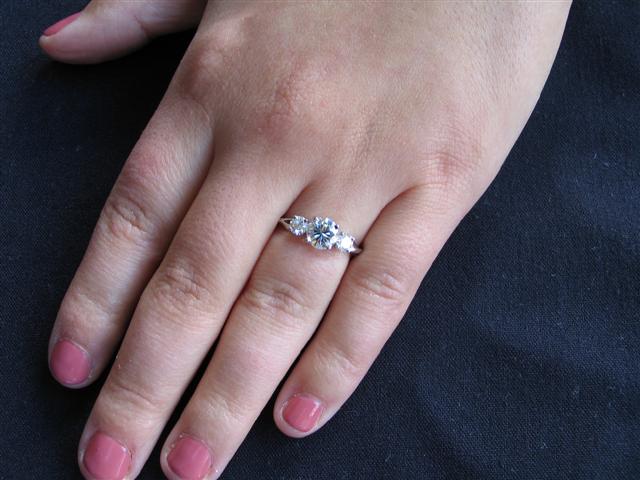 I’m the luckiest girl in the world!

My fiancé at lunch the next day! 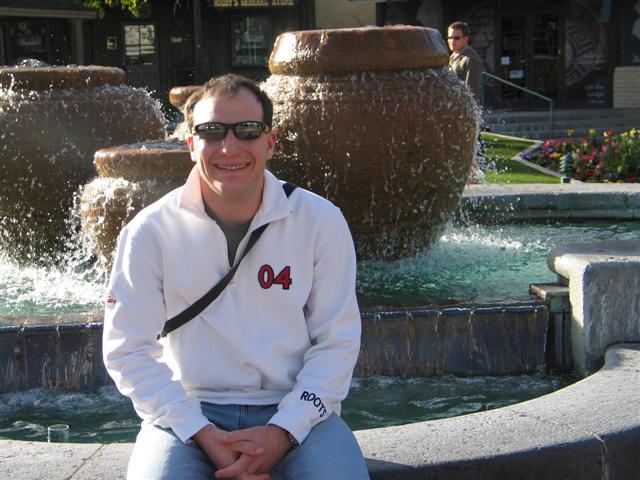